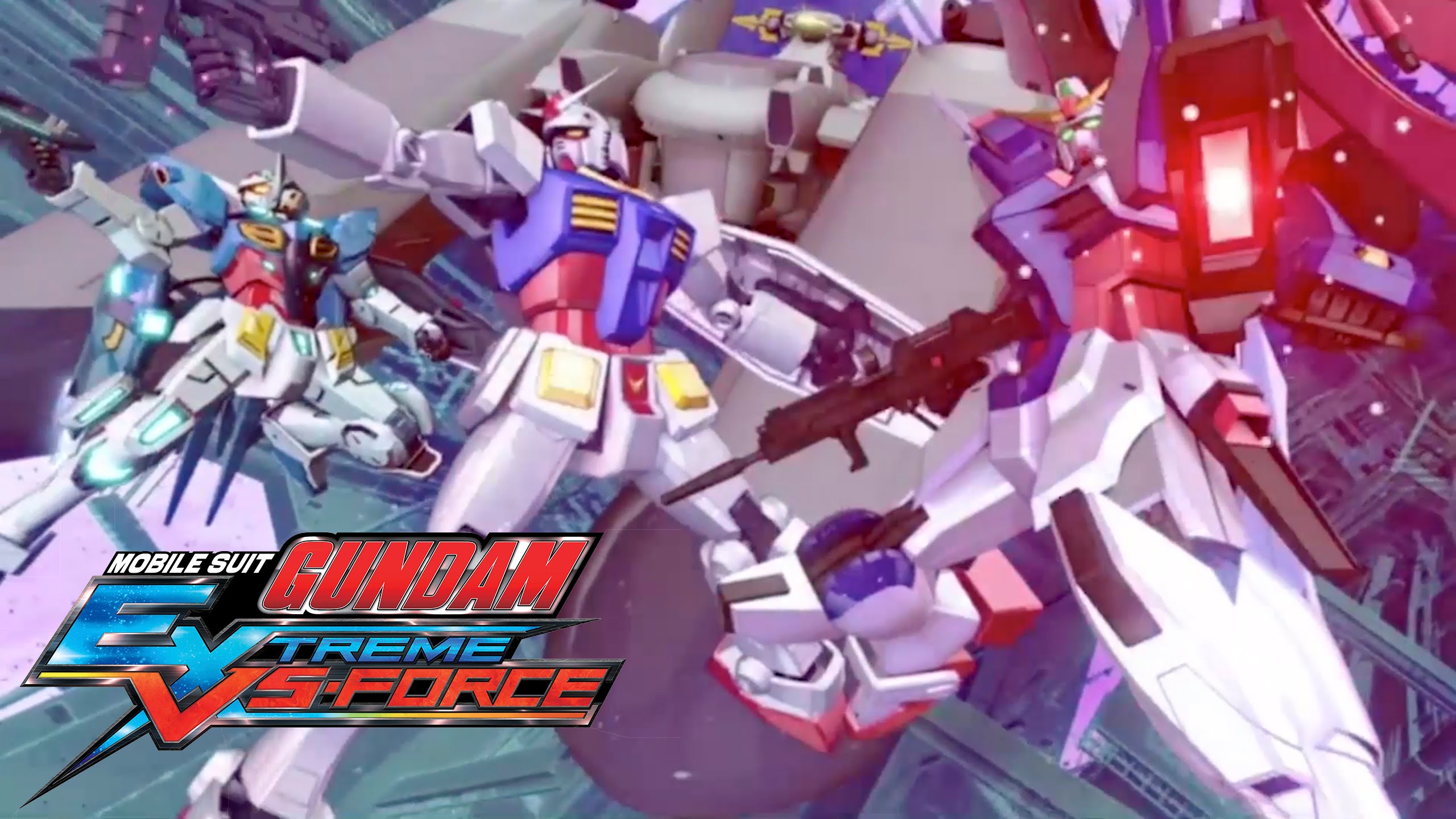 The first ten minutes of any video game are, arguably, the most important part. The first moments introduce the player to the game’s world, characters, and the controls that they’ll need to learn. While it’s a shame that the first ten minutes of Mobile Suit Gundam: Extreme VS Force does such a poor job of introducing itself, having easily one of the worst introductions and set of tutorials I’ve ever seen, the actual game itself isn’t much better. At best, Mobile Suit Gundam: Extreme VS Force is a competent but dull beat-em-up with a few neat mechanics, and at worst a cluster of battles mostly controlled by the game’s AI, with only a small amount of help from the player.
This is not a game that’s friendly to those who aren’t deeply invested in the mythos of the Mobile Suit Gundam franchise. While that’s to be expected of a game that ties into such a massive franchise, Extreme VS Force doesn’t try to introduce you to any of the existing plot elements, instead only focusing on the general goal of “destroy their giant robots with your giant robots.” The battles are all taken from different moments in the franchise’s long history, which you are studying to prepare for a battle that lies ahead. There’s a bit about multiple universes and possible travel between them, but for the most part, the overarching plot serves as a framework for as many epic battles from the series as possible; sort of like a “greatest hits” album for the Gundam franchise, something fans will probably appreciate.

The tutorial levels of Extreme VS Force are very unhelpful. Rather than introduce organically as they become necessary, you’re given a look at a list of possible moves at the beginning of the first level, then thrown into combat. While the lack of direction is fine in the beginning, when you’re fighting easy enemies that barely qualify as more than moving targets, it gets irritating later on when you’re given a new character with a new moveset and no clue how to play them. As a result, the game is a little on the unhelpful side, and doesn’t bother to explain either the finer points of its controls or how to read the basic user interface.
In , you’ll spend a lot of time dodging, blocking, and shooting, which feels fine for the most part. It’s not mechanically the deepest game of all time, but the controls are responsive and there’s a lot of variety between the different robots you’ll be piloting. One, for example, had several different boosters it could switch between, which had different effects like extra shields and reflecting shots. It’s fun to try out the different ones and find the right one for you, provided you can figure out their complex movesets, though you’ll most likely find one that you stick with and only use the others once or twice.

There’s a small attempt at tactical gameplay, but it’s so shallow that it’s barely a feature. The extent of your control is limited to sending a squad down a set path to an objective, attacking everything in the way. There’s also a base, which you can spend points to get bonuses from, but there’s really no reason to do anything with it other than wait for it to charge its special attack and then blast away. That being said, it did lead to some moments where the AI teammates managed to win missions with almost no commands or help from my character, so maybe they’re just better at the game than me.
The levels are also very repetitive, and bring to mind Dynasty Warriors of all things, but without the huge amounts of enemies, taking away a lot of the fun. In fact, during some levels my team seemed to be bigger than the enemy team, making it feel less like a true battle. Most of the missions boil down to “defeat all enemies,” and occasionally “defeat the boss.” The one-on-one boss battles are actually the most fun part of the game, as some of them are actually quite challenging, and defeating them feels like a real victory. There was one battle early on that felt organic and fun, where an enemy challenged me to a one-on-one duel, then summoned an ambush to attack me when he lost, a suprise that lead to a quick change in tactics. In general, the boss fights are the moments when, not only does the game aspire for more than areas full of enemies, but the combat feels it’s smoothest: a delicate balance of dodges, blocks, and strikes against worthy opponents with enough health and strength to act as a challenge.

However, even some of the big boss battles fall flat when the AI teammates get involved. For example, one battle was suddenly interrupted by the appearance of Big Zam, a mobile superweapon that handily destroyed me on my first attempt. As soon as I came back for round two, I opened with my most powerful attack, a giant lazer launched from my base, than raced in to fight the weakened Big Zam. Before I reached him, however, my AI teammates dogpiled him, robbing me of what was no doubt a fun enemy encounter.

Overall: Mobile Suit Gundam: Extreme VS Force isn’t a bad game, but it’s fairly dull, and most players will find that the repetition will start to wear them down before long. There are some truly great boss battles, but the AI teammates have a nasty habit of doing too much of the heavy lifting without much direction. If you aren’t a fan of the series, you should definitely look elsewhere, and if you are a fan, there are most certainly better Gundam games for you.

The first ten minutes of any video game are, arguably, the most important part. The first moments introduce the player to the game’s world, characters, and the controls that they’ll need to learn. While it’s a shame that the first ten minutes of Mobile Suit Gundam: Extreme VS Force does such a poor job of introducing itself, having easily one of the worst introductions and set of tutorials I’ve ever seen, the actual game itself isn’t much better. At best, Mobile Suit Gundam: Extreme VS Force is a competent but dull beat-em-up with a few neat mechanics, and at worst a cluster of battles mostly controlled by the game’s AI, with only a small amount of help from the player.