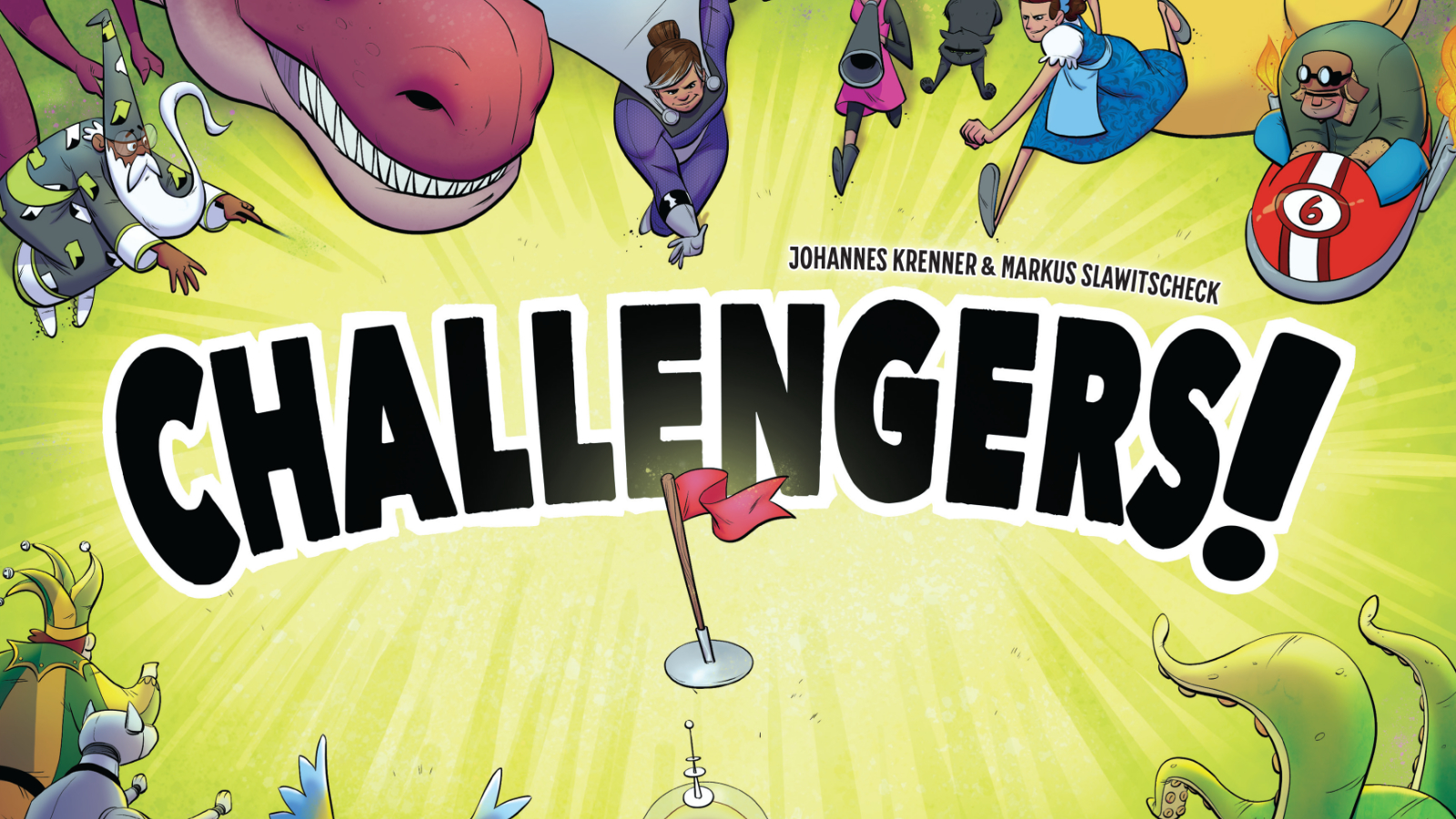 Renowned publisher Z-Man Games set to launch their new game, Challengers, at this years Essen Spiel! Challengers is a 1-8 player fast-paced dueling game featuring deck building and drafting. Everyone plays simultaneously in up to four duels at once, and each won duel earns a trophy. The player with the most trophies wins! Challengers will be released in the U.S. this November!

Challengers stars over 70 kooky characters from diverse locales like Hollywood, outer space, and the monstrous deep sea… or your bathtub. Players draft character cards with unique abilities and must make tough deck building choices between rounds, as each character combination opens up new ways to win. Across up to 4 simultaneous battles, players win trophies and fans by defeating other players in duels. After seven rounds, the two players with the most trophies and fans face off to become the ultimate champion. Players can also test a winning strategy in the game’s solo mode and should look forward to more team-building options with future character expansions. 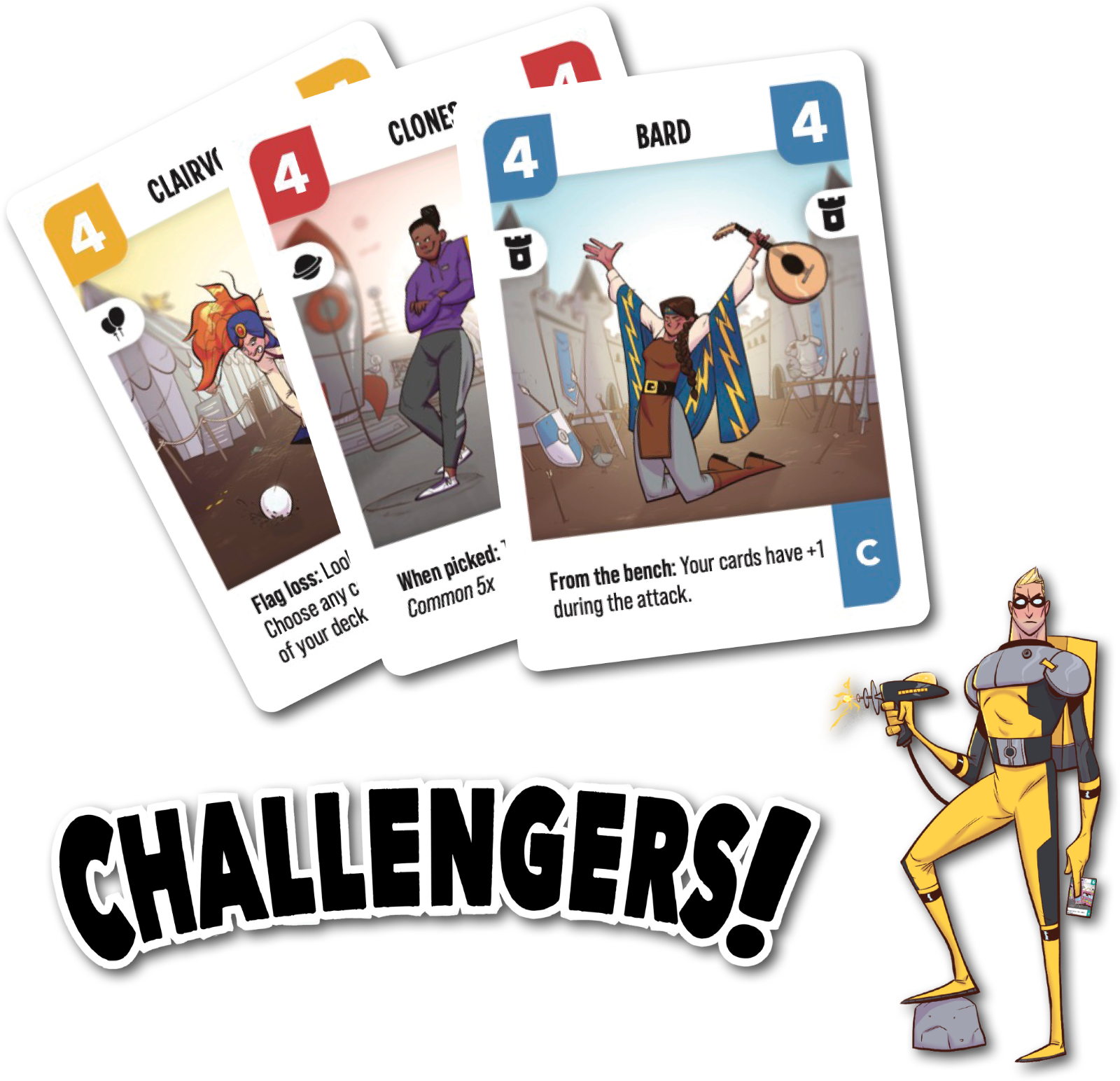 “From my first round of Challengers, I was hooked,” said Sophie Gravel, head of Z-Man Games, who has spearheaded the launches of Pandemic’s Second Edition, Azul, Pandemic Legacy, and more. “The game is nonstop edge-of-your-seat fun. Every card placement is a high-stakes moment that could decide the battle. No two games are the same: after hundreds of rounds, players will still be learning ways to perfect their winning team of characters. And with more character decks to come, the thrill of the Challengers tournament never ends.” 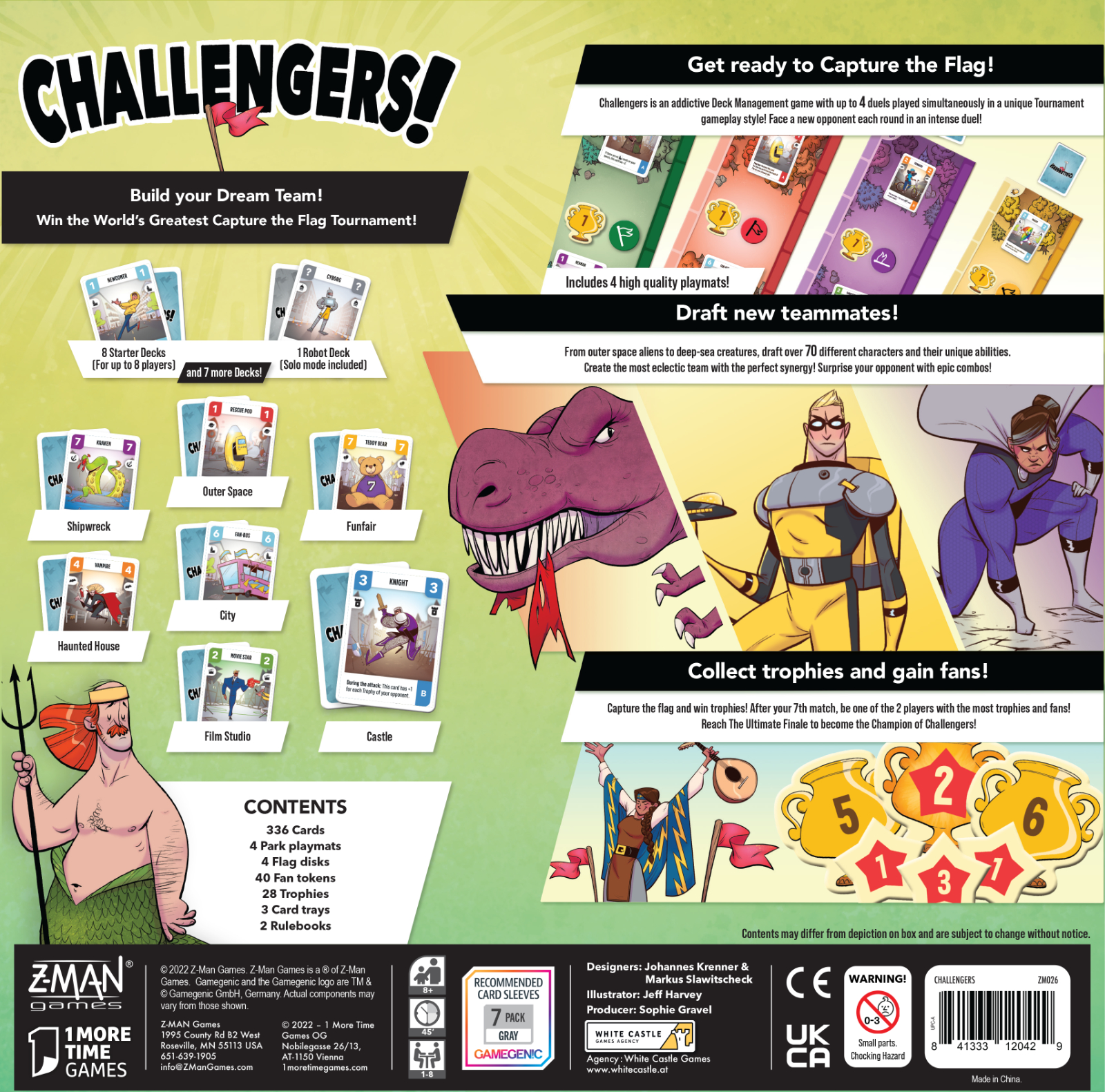