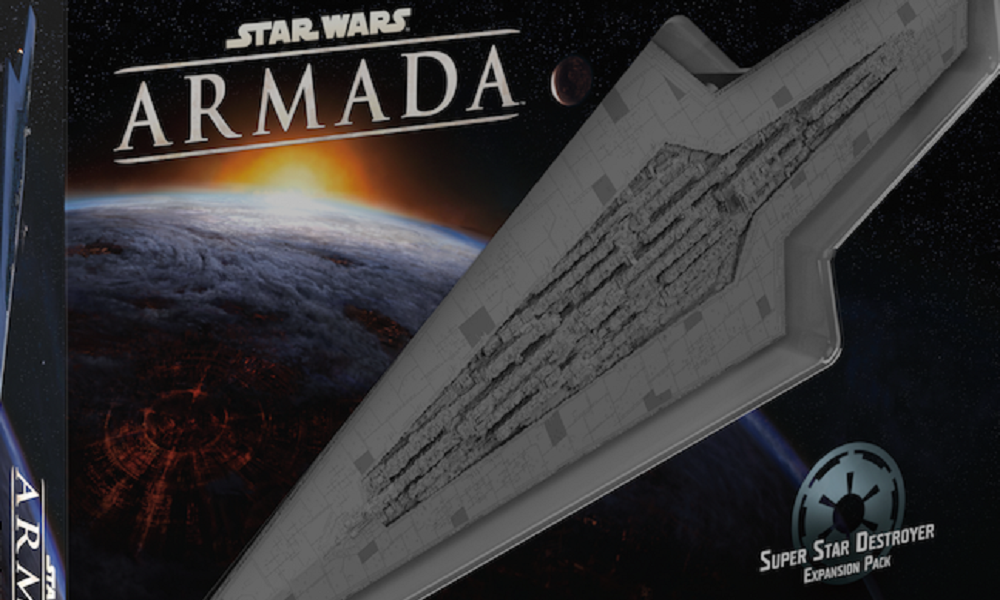 Yesterday, Fantasy Flight Games announced that it will delay its Super Star Destroyer expansion for Star Wars: Armada from the first quarter of this year to the third quarter. While fans will have to wait a little longer for the miniature, the company has promised that it will be of the highest quality.

From the official announcement on the Fantasy Flight Games website:

At Gen Con 2018, Fantasy Flight Games first announced a monumental miniature for Star Wars™: Armada—the Super Star Destroyer, measuring an incredible 24 inches in length and establishing an entirely new class of huge ships. This reminder of Imperial might will strike fear into the heart of any opponent, but Imperial commanders will have to wait a little longer before initiating launch sequence.

We regret to inform you that the Super Star Destroyer Expansion Pack for Star Wars: Armada, which was originally slated for release in first quarter of 2019, has been delayed and is now scheduled to land at retailers in the third quarter of 2019.

We are doing everything in our power to bring this expansion to our players and retailers as soon as possible, but as the largest miniature we’ve ever created, the Super Star Destroyer comes with its own set of unique challenges. We have seen your excitement for this expansion, and we are also excited to see your battles for the galaxy evolve with the introduction of the new class of huge ships and iconic commanders like Emperor Palpatine. If you have any questions or concerns about this delay, please feel free to contact our Customer Service team at 855-382-8880 or via email at [email protected]