Today, Behold Studios announced that it will release its multiplayer co-op title Out of Space later this year on PlayStation 4, Xbox One, Nintendo Switch, and PC, with a playable build available during this year’s PAX East. The game will task up to four players to work together in order to clean up a spaceship, which is easier said than done.

Out of Space challenges players to work together with their roommates to clean and maintain a dream home in space. Cleaning the dishes, taking out the trash, dusting the furniture and struggling for your life are just some of the tasks players can take on.

Out of Space supports up to 4 players locally or online. The game is expected to launch this fall on PC, Xbox One, PlayStation 4, and Switch, as well as Mac and Linux, with language support in English, Brazilian-Portuguese, Spanish, German, Italian, French, Simplified Chinese, Russian and Japanese. 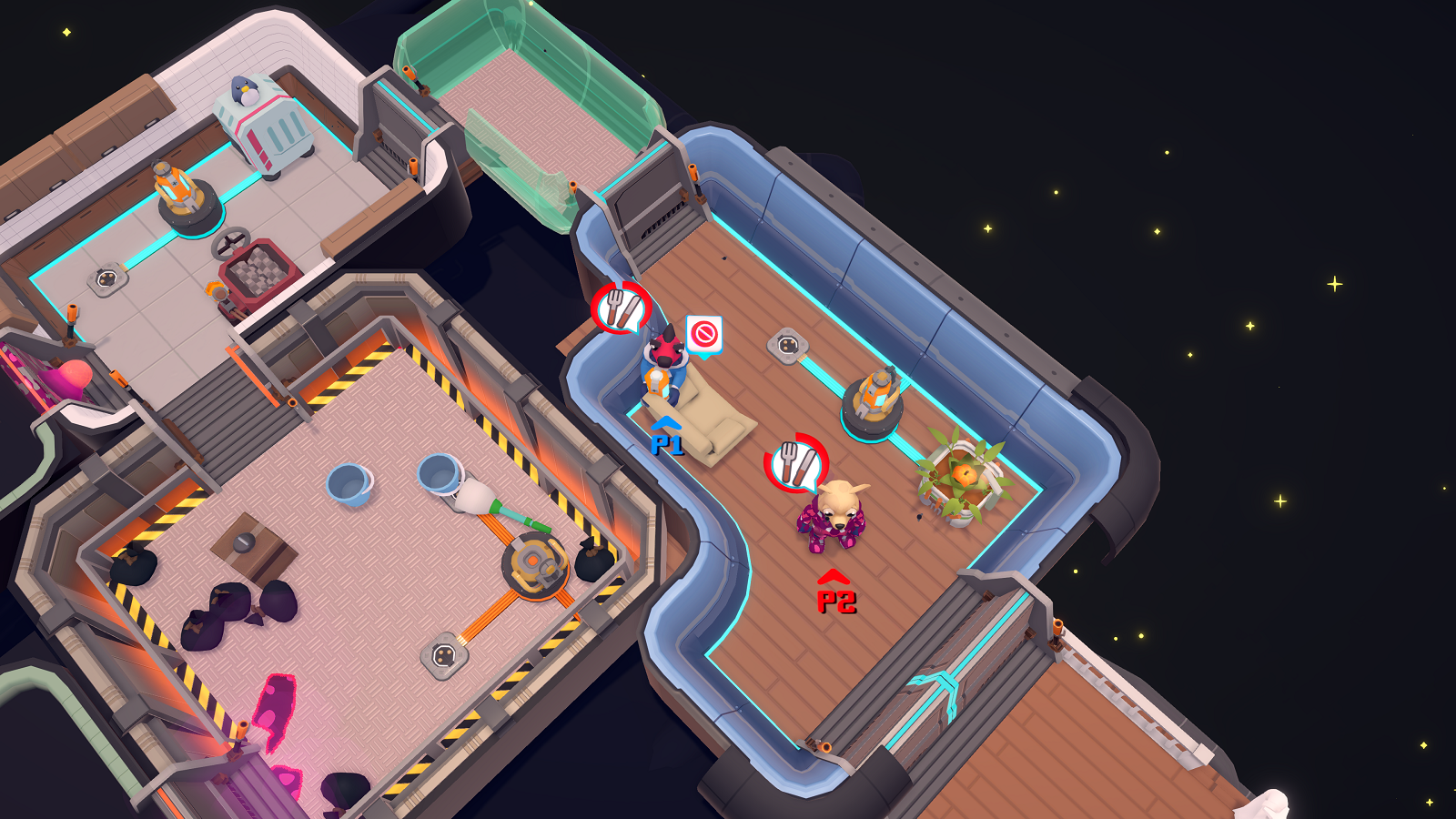 After a successful take off earlier this month, Behold Studios has begun its descent towards the Boston Convention and Exhibition Center. Once touchdown is confirmed, all PAX East attendees who visit the Indie MEGABOOTH (booth #14084) this weekend can get their hands on its upcoming co-op multiplayer sim, Out of Space.

“We can’t imagine a better venue to debut Out of Space than PAX East,” shares Behold Studios’ Saulo Camarotti. “Its attendees are among the best in the world and have given us, and the indie games community, an incredible amount of love and support for our games over the years. We’re lucky to be a part of such a passionate community and hope gamers enjoy Out of Space as much as we do!”