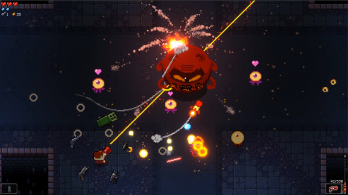 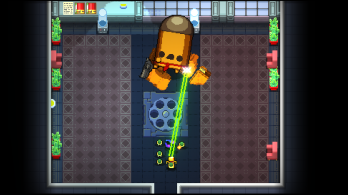 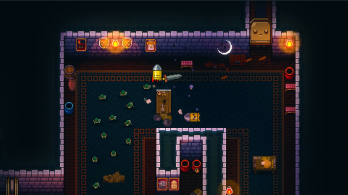 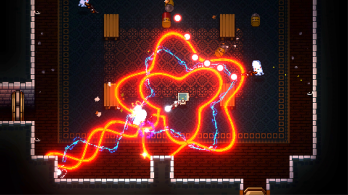 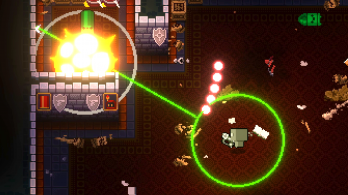 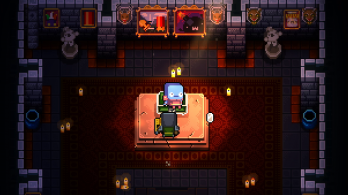 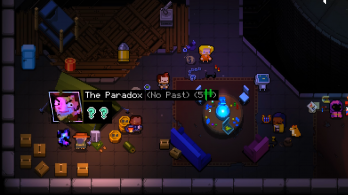 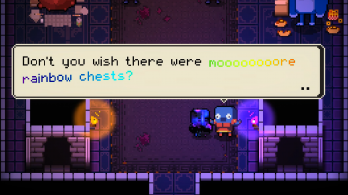 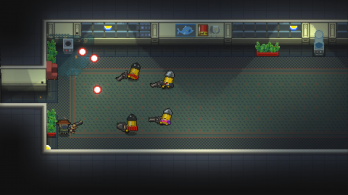 Today, Devolver Digital announced that it will release one final free DLC update for Enter the Gungeon on April 5 for PC, PlayStation 4, Xbox One, and Nintendo Switch. Entitled A Farewell to Arms, the update will bring two new characters as well as some new features and modes to celebrate the game’s third anniversary.

The Gungeon masters of Dodge Roll Games and the NPCs at Devolver Digital have announced Enter the Gungeon’s final update, A Farewell to Arms, will arrive on April 5, the three-year anniversary of the game’s initial launch.

The update offers a first for Gungeon expansions; two new playable Gungeoneers in The Paradox and The Gunslinger. Battle-tested Gungeoneers will welcome the arrival of dozens of new guns and items, a new secret floor with a devious boss, and the addition of the community-inspired Rainbow Mode. Additional features, tweaks and fixes are also included, keeping in line with the goal of making the player feel “more powerful, more often” reinforced in the previous update.

Enter the Gungeon initially released on April 5, 2016 to massive fanfare and became an overnight sensation as a smartly designed and challenging ‘bullet hell dungeon crawler’ on PC and PlayStation 4. Dodge Roll’s debut game saw additional releases on Xbox One and Nintendo Switch – all in all reaching nearly 2.5 million copies sold across all four platforms. Since the launch three years ago Enter the Gungeon has had three massive (and always free) expansions: Supply Drop, Advanced Gungeons & Draguns, and next month’s A Farewell to Arms.