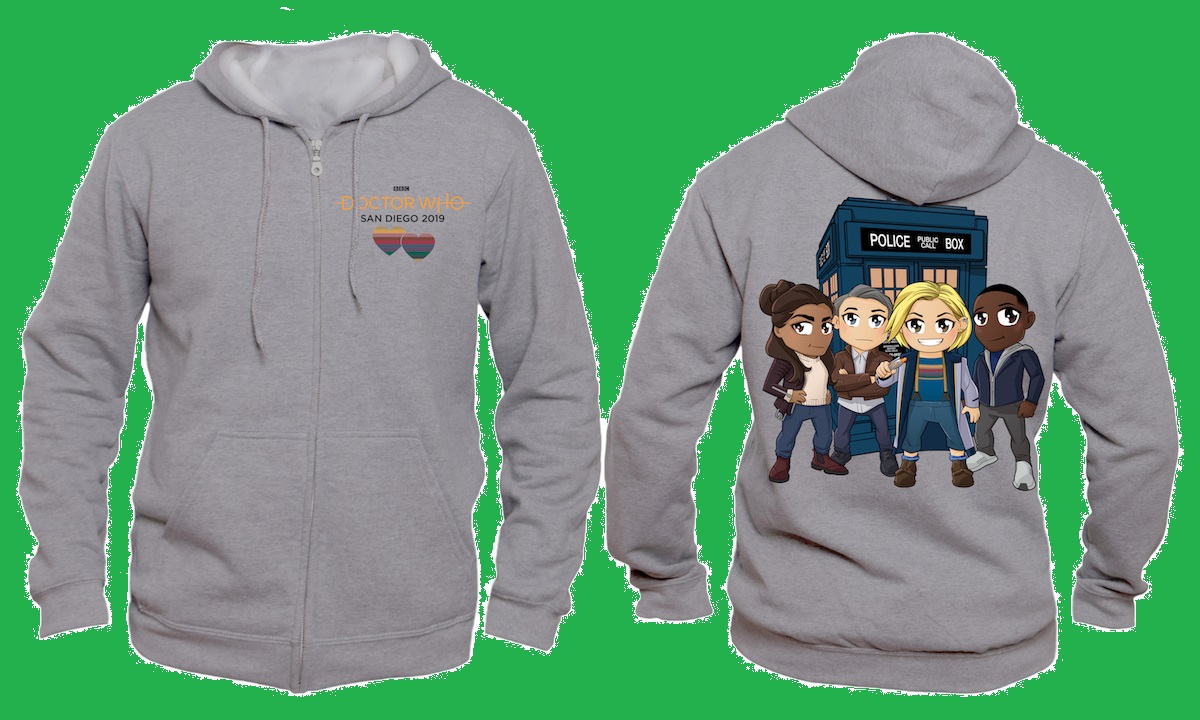 Today, BBC Studios announced that it will hop across the pond and into San Diego Comic Con next week. At the BBC America booth #4129, fans can check out some exclusive Doctor Who merchandise, as well as try out the upcoming Doctor Who: The Edge of Time VR Experience, which will be released this September.

Doctor Who: The Edge of Time VR Experience

You don’t have to be part of the TARDIS team to help the Doctor save the universe! New and returning fans visiting the BBC AMERICA booth will be among the first stateside to demo the upcoming virtual reality (VR) game Doctor Who: The Edge of Time, releasing in September 2019.

A feature-length VR experience, the game will transport fans into a globally-beloved world of monsters and aliens, mystery and wonder, letting them embark on a brand-new and fully-interactive adventure, inspired by the show’s 55-year history and starring the Doctor’s current incarnation, played by Jodie Whittaker.

Kelly Yates will be at the BBC AMERICA booth on Thursday, July 18 and Saturday July 20 from 2:00pm-3:00pm. Yates, an illustrator best known for his work on Doctor Who comics for both Titan and IDW, inspired the exclusive Kawaii Collection available through the BBC Shop. In addition, he writes and illustrates the creator-owned books Amber Atoms and MonstHer.

Richard Dinnick will be at the BBC AMERICA booth on Friday, July 19 and Sunday, July 21 from 2:00pm-3:00pm. Dinnick, author of Doctor Who: Myths and Legends and contributing author of the Doctor Who: The Missy Chronicles anthology, is a scripted writer for BBC, ITV, Disney XD and Amazon Prime. He has also written books and comics for Doctor Who and Lost in Space for IDW, BBC, Titan, and Legendary Entertainment, across all thirteen Doctors. He is currently working on his new TV show, Surface Tension and Rob (a retelling of Robin Hood) for Legendary.

BBC Shop is bringing a slew of exclusive and first-to-market Doctor Who merchandise to San Diego Comic-Con: 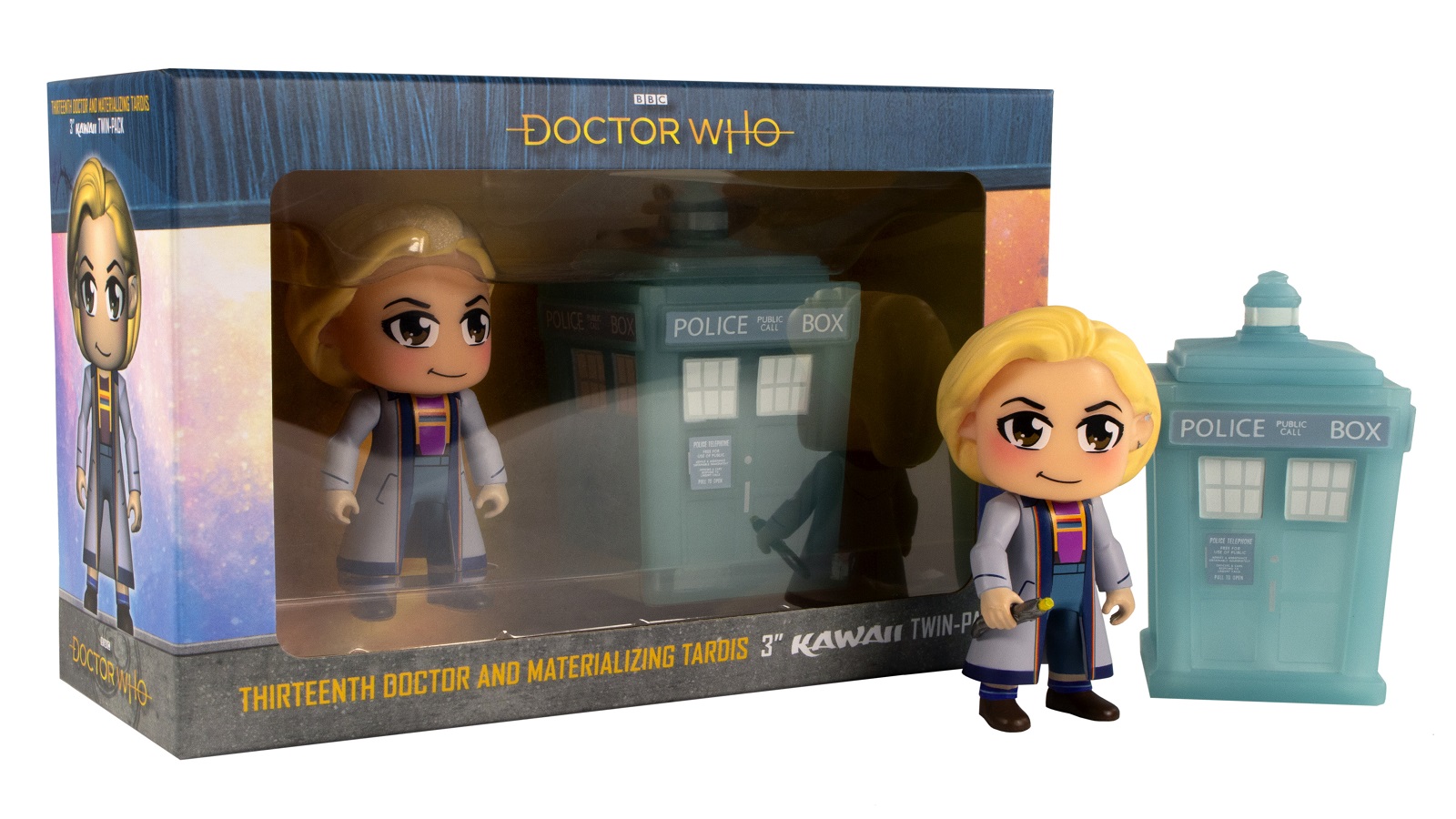 At the BBC AMERICA booth, scan your badge, and receive an exclusive Doctor Who button plus enter for your chance to win a daily giveaway. Come back each day to collect all five pins.