Oddworld Inhabitants announced that the newest game in the Oddworld series, Oddworld: Soulstorm, is now available on PlayStation 4, PlayStation 5, and PC via Epic Games Store. The game is envisioned as the second in an original quintology of games the developers have planned, with the PlayStation 5 version of the game available for free for those who have PlayStation Plus.

The developers recently posted a heartfelt message regarding  the launch of the highly anticipated game:

Oddworld: Soulstorm is now available on PlayStation 5, PlayStation 4, and Epic Games Store for $49.99.  If you are a PS5 PS+ member, for the month of April the game is free.

Oddworld: Soulstorm is not a traditional remake, which is a very popular trend in video games and has  produced several wonderful games recently (I’m looking at you Resident Evil folks). Soulstorm builds on  what we originally wanted to do 22 years ago. Back then, we weren’t afforded the time to execute that  vision. We had just successfully released the first game in the quintology Oddworld: Abe’s Oddysee  (later remade for PS4 as Oddworld: New ‘n’ Tasty) and we were asked to deliver a sequel within nine  months.

We had to chop and cut down what we wanted to do to get it done. That meant Abe’s Exoddus was a  wildly different story and experience than what we initially intended in the grand dream of the  overarching five-game quintology. 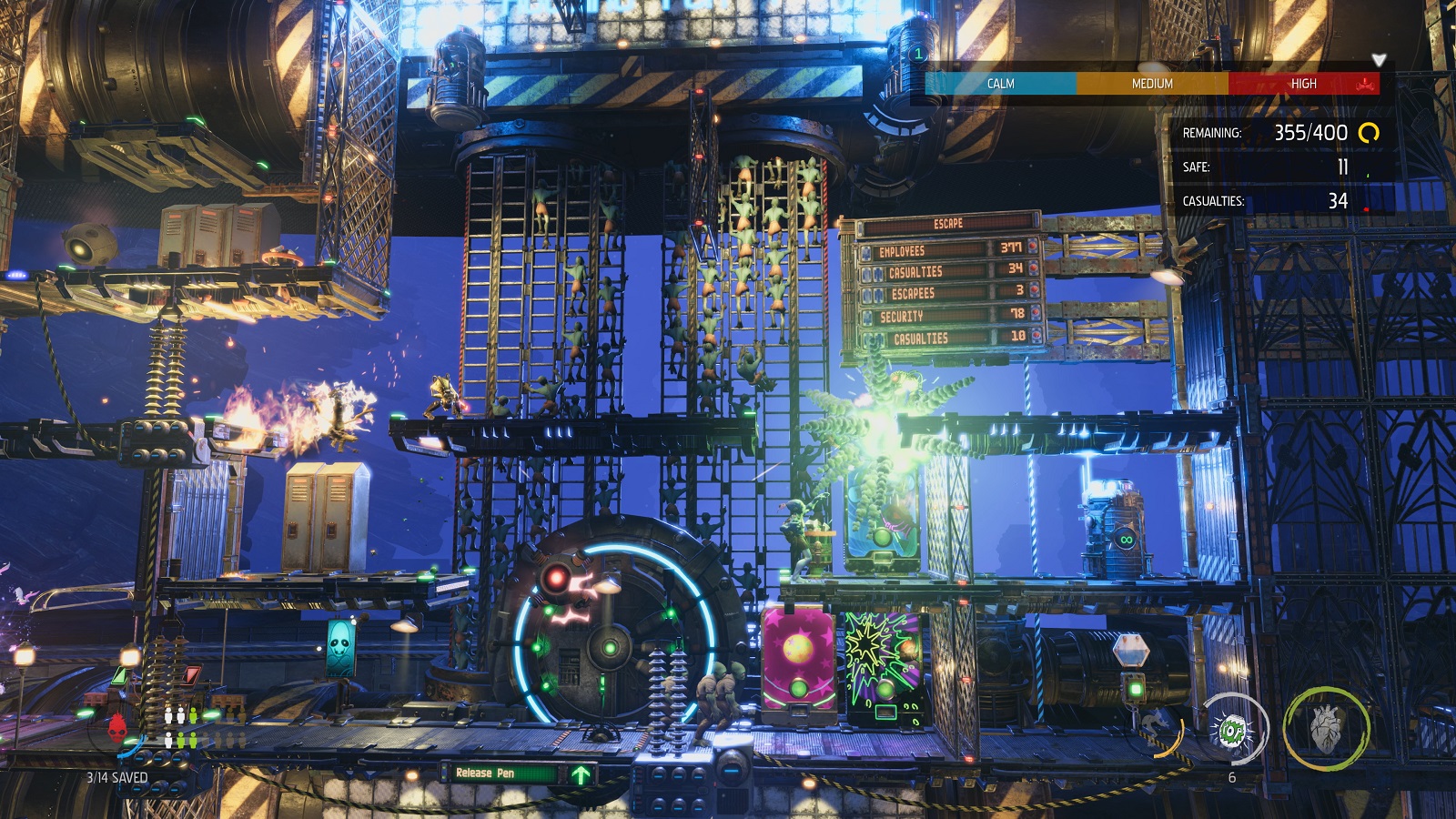 But Soulstorm is a new game. It is our attempt to make the deeper and more conceptually unsettling  second episode in the story of Abe that we originally intended all those years ago. But this time, we had  more time (joke intended) and resources to try to achieve our goal. We also had massive leaps in  developer tools and technical advancements to help us grow the games by adding new organic  gameplay features and creating film quality cinematics.

Being self-published and self-financed gave us more flexibility, though it also made our progress move  glacially slow, but we just went for it. It took a hell of a lot longer than we anticipated. To date, it is the  most challenging production of our lives with it being a distributed development and creative project  that would, for the last year of development, become a distributed Covid-19 development.

Our partners at Epic, Sony, Microids, and Unity helped us tremendously along the way and we would not  be here without them. Most importantly, if not for fans, Soulstorm would never have happened. Thank  you for your continued support all these years.

So, here we are, April 6th, 2021 and our original vision for the second game in Abe’s five-part  quintology, Oddworld: Soulstorm is now available.