Lululu Entertainment recently announced that it will release its local multiplayer game Bamerang for the Nintendo Switch and PC on April 22. The game will feature up to four players duking it out in different arenas as they try to hit each other with well-timed boomerang throws.

Bamerang, the fast paced boomerang fighting game from Lululu Entertainment invites up to 4 players to fight for the favor of the mysterious green goddess on Nintendo Switch and Steam on April 22nd!

In Bamerang, you master the curved trajectory of the boomerangs to hit your opponents behind obstacles and throw them off the platform. The competitive boomerang duels are visualized in a vibrant pixel art style and underlined with a joyfully bouncy soundtrack.

Jump right into the action thanks to the simple controls. Master the curved trajectory of the boomerangs to hit your opponents from unexpected angles, shooting them off the platform while evading their throws. 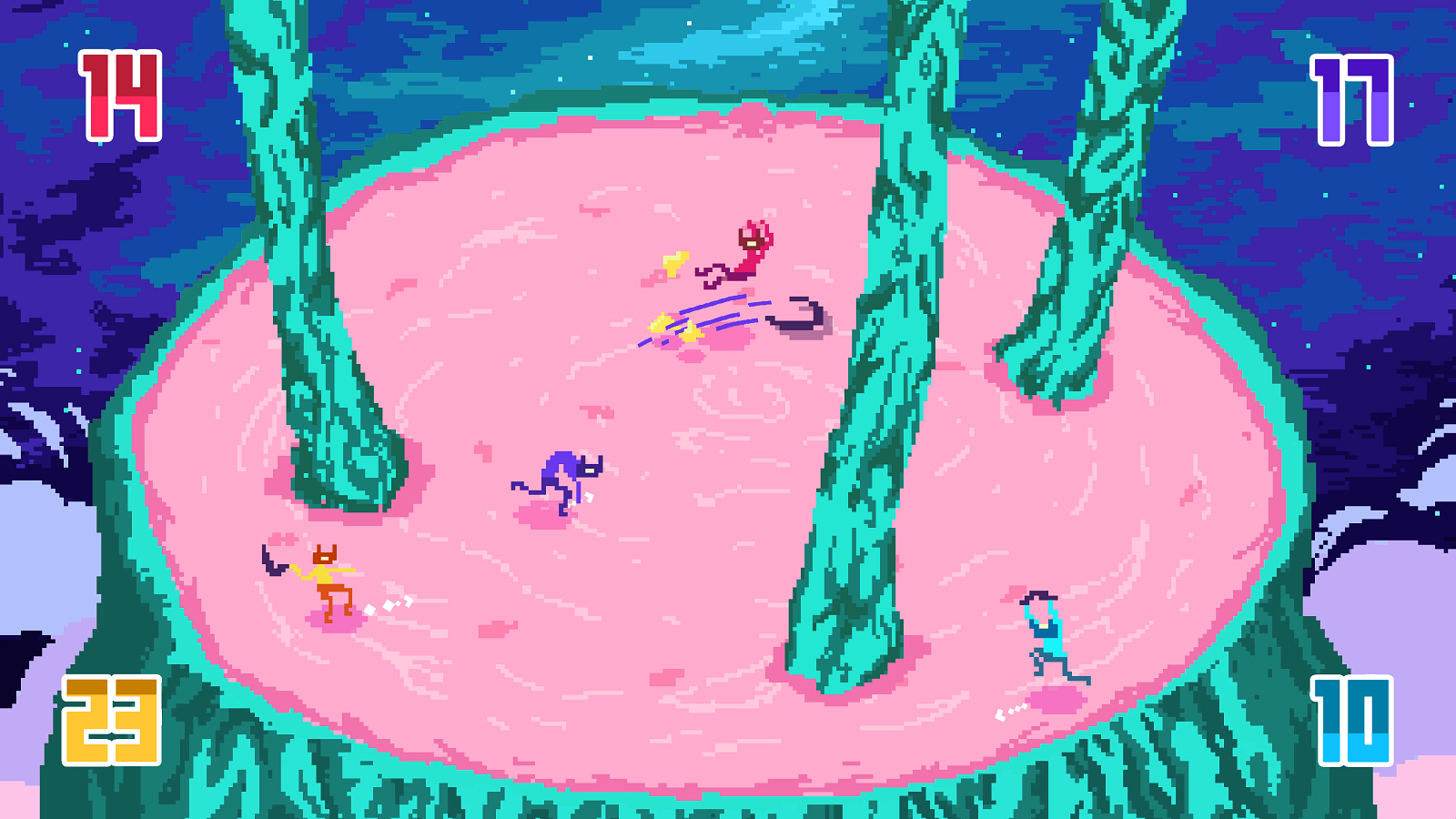 Fights take place on top of an organic tower that changes its form after every round, revealing obstacles to skillfully throw your boomerangs around and holes to throw your friends into. Get to know over 20 map variations to gain an advantage on your opponents!

A round of Bamerang is won by collecting enough of the golden points which continuously appear on the platform. Steal those precious points from your enemies by landing your boomerang throws and throwing them off the platform. But beware, the more points you have, the more you can lose, making it easy for your opponents to catch up.

At the end of every round the green goddess presents the current results. Win enough rounds for the platform to rise all the way into the galaxy for the well-deserved award ceremony with the goddess herself.

While Bamerang shines in intense 1v1 duels, you can gather up to four players to team up for a 2v2 or embrace the chaos of a frantic free-for-all.

Enjoy the vibrant pixel art in which the peculiar outlandish world of Bamerang is portrayed and get into the perfect boomerang throwing mood with the joyful soundtrack by composer Lucien Guy Montandon.

On Steam it will cost $4.99 USD and on the Nintendo Switch $6.99 USD. The game features local multiplayer for 2 to 4 players, but by using Steam’s Remote Play Together feature, PC players can play online.