Krillbite Studio recently unveiled its newest title, Mosaic, to be released later this year on PlayStation 4, Xbox One, Nintendo Switch, and PC. The game features a bleak and grim society as well as some sinister story beats that are hinted at.

Mosaic is a dark and surrealistic narrative game about modern society, being caught in the daily grind, and trying to make sense of it all. Krillbite Studio, the studio behind Mosaic, gave a glimpse into the game through a new trailer revealed at The PC Gaming Show at E3.

Hinting at the abstract daydreams and nightmares players will transcend into while exploring the mundanities of our everyday existence, the brand new Mosaic trailer shows how vexing life can be within a world where everything is seemingly in its right place. 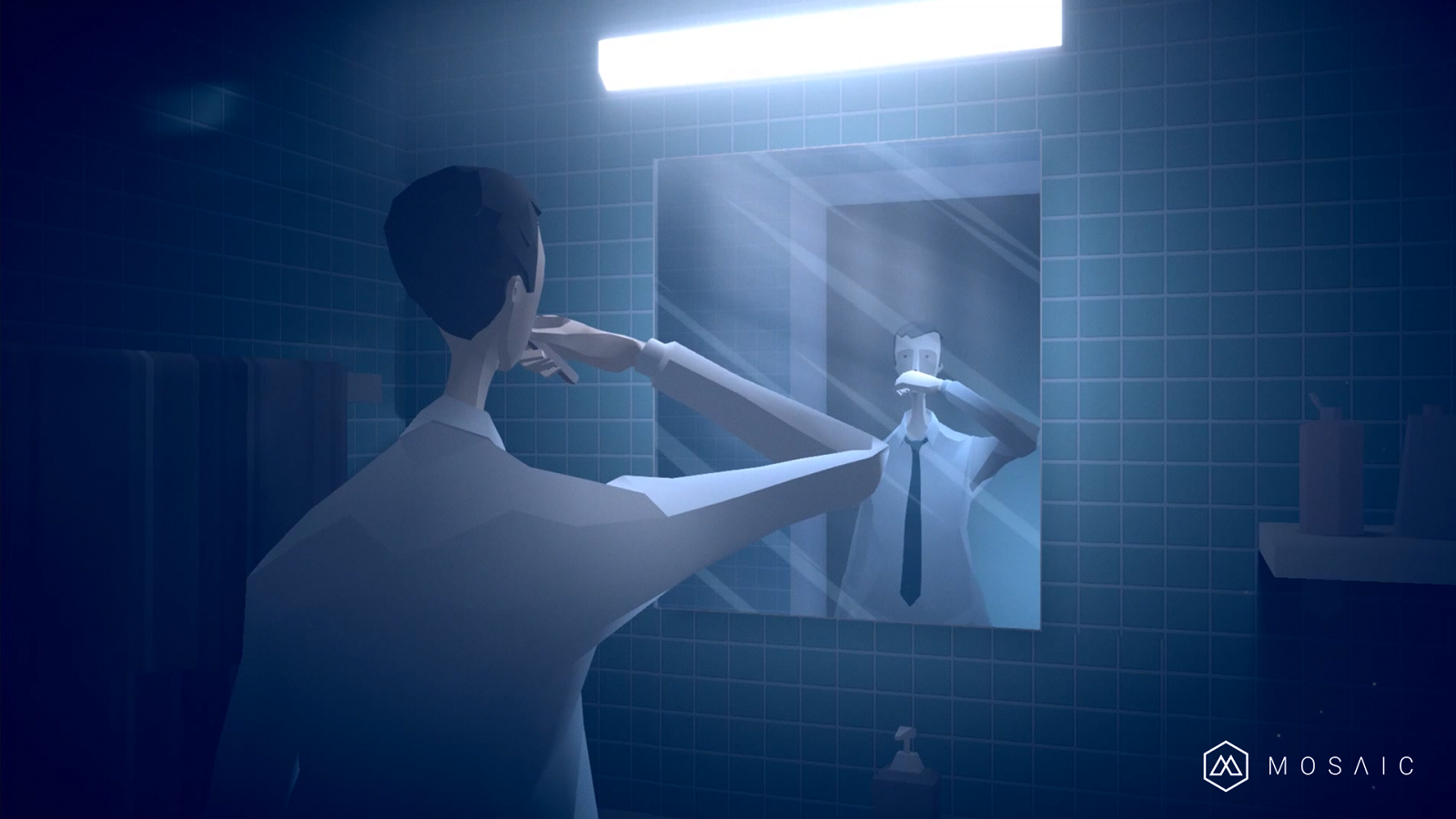 Mosaic is coming to Nintendo Switch, PlayStation 4, Xbox One and PC in 2019.

In addition, you can also unlock different upgrades through BlipBlop, a clicker game released for free by the mysterious Mosaic Corporation. Check out the trailer above, and stay tuned for more E3 news here on Gaming Trend.