In a surprise announcement during the PCGamer E3 Show, Funcom announced that it will release its stick-figure hack-and-slash Conan Chop Chop on September 3 for PlayStation 4, Xbox One, Nintendo Switch, and PC. The game was originally conceived as an April Fool’s joke, but will now be a fully realized product this fall.

These were some of the remarks we received from press and viewers when we announced Conan Chop Chop on April 1st. The game was perceived to be an April Fools’ Day joke, but today we set the record straight: The roguelike hack and slash game Conan Chop Chop is very real indeed. So real that it’s going to release on PC, PlayStation 4, Xbox One and Nintendo Switch on September 3rd 2019!

In fact, Funcom and the Australian developers at Mighty Kingdom are proud to announce that Conan Chop Chop will be the most realistic stick figure game ever to feature Conan the Barbarian!

“Keeping this a secret has been a hardship,” admits Funcom CEO Rui Casais. “The feedback we got from fans when we released the April Fools’ Day trailer was amazing and remarkably unanimous, and so I have been itching to give them the good news ever since.” 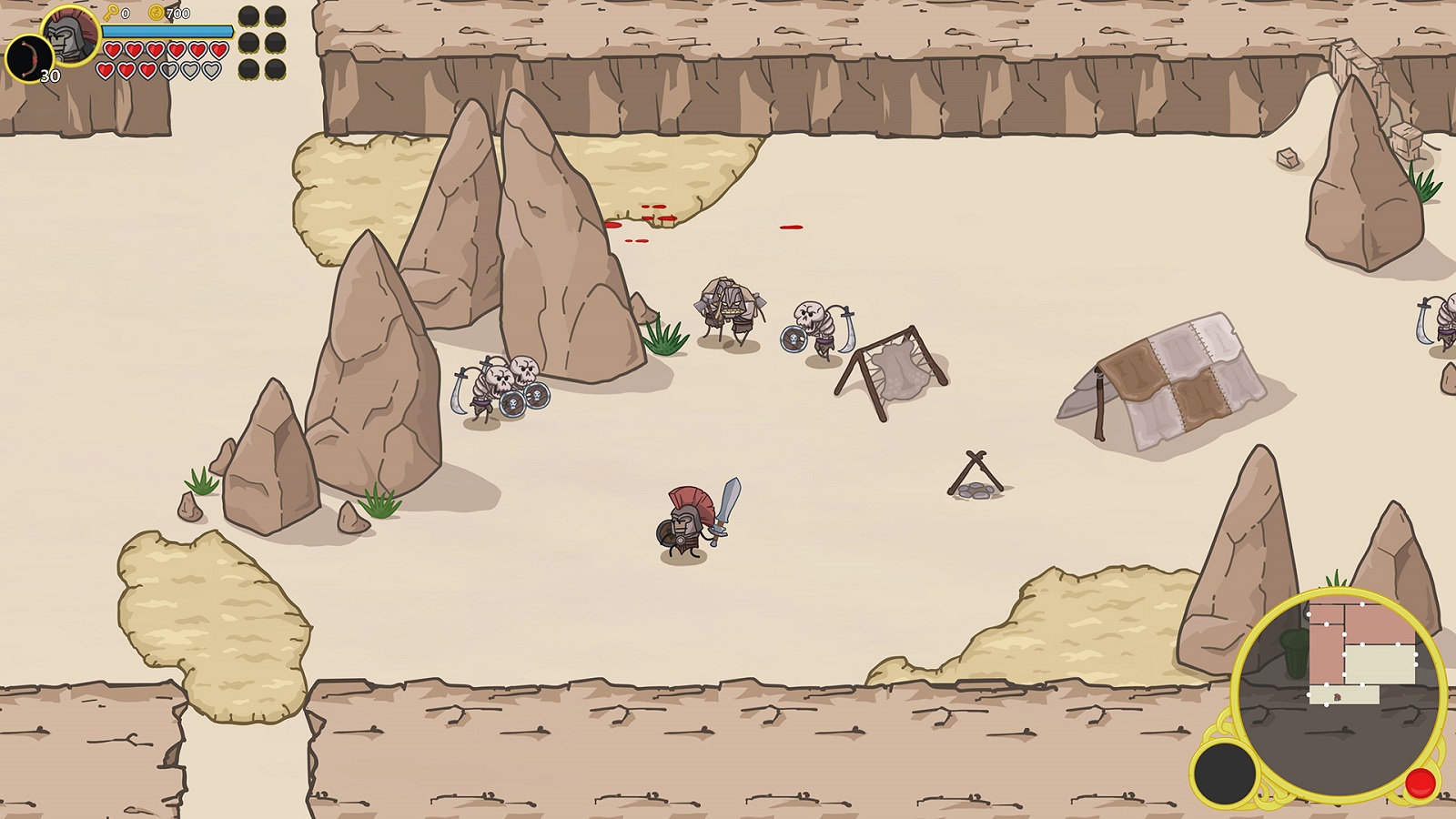 “But don’t be fooled by the game’s humoristic and quirky looks. There is a lot of hard work being put into this, and the game should thrill roguelike fans and hack & slash fans alike,” says Casais.

The game will support up to 4 players couch co-op and is set in Hyboria, the world created by fantasy author Robert E. Howard more than 80 years ago.

You will be tasked with thwarting the plans of the evil wizard Thoth-Amon, who plans to resurrect the even eviler wizard Xaltotun. If he succeeds, he will condemn the world to an eternity of darkness and enslavement. Only you can stop him, but in order to do so you must use all your cunning. All your guile. You must summon all your courage and swordsmanship. You must … Chop Chop!