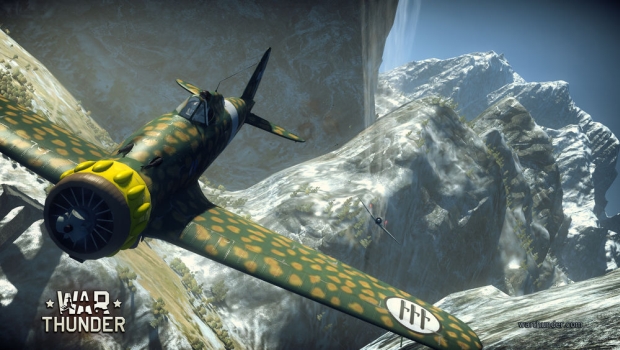 Oh, is it almost E3 already?   Well, then we should start hearing about some PlayStation 4 titles very soon!   Gaijin Entertainment won’t be last out of the gate – they have released a teaser video and some information on their upcoming PS4 title, War Thunder.  We don’t have screens quite yet, but we do have a little bit of a description.  Let’s dig into that first:

War Thunder will provide PS4 players with unparalleled first person gameplay entertainment experiences that allows them to enter into action filled, highly explosive World War II battles from the air, mobilized on the ground or out at sea.

Gaijin Entertainment will optimize the potent power of PS4 and its next generation computer entertainment system to redefine War Thunder’s rich gameplay with powerful graphics and speed, intelligent personalization, deeply integrated social capabilities, and innovative cloud options.  War Thunder will feature stunning lifelike dynamics of real-time flight and precision in its details of planes, tanks and war ships, and intuitive controls thanks to the new gamepad Dual Shock 4.  The power of PS4 will allow developers to include improved head-tracking system, easier socializing tools, smart and easy options to record, stream and share homemade gameplay videos and will have full support of PlayStation Cloud.

The game looks pretty sweet on PC, but this is the first time we’ve really heard about head-tracking systems on the PS4. The great part is that the PC version of the game is currently in Open Beta, and there is even a mobile version heading our way.   If you want a taste of what Next Gen looks like and you can’t wait for this holiday season, check it out at the official site.  In the mean time, check out this sweet teaser.  Stay tuned for E3 – we’ll get you the inside scoop!  Oh….and by the way – it’s free to play.