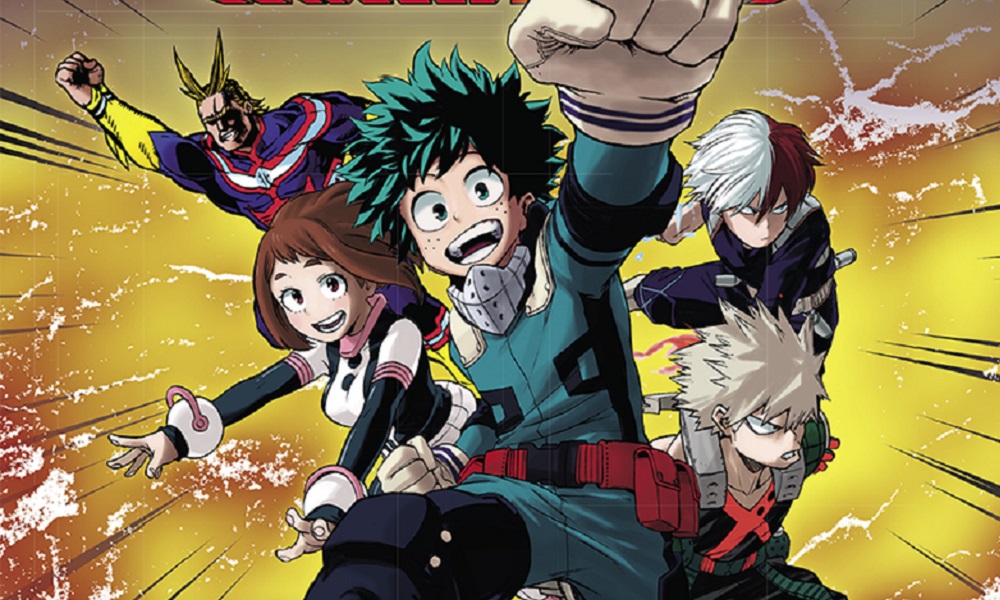 Comic fans, ready for one of the best holidays of the year? VIZ Media sure is, as the publisher has announced that it will release two very special manga samplers that will be released at no cost this Saturday at comic stores across the nation. Readers can pick up a special Silver Level Sponsor sampler of My Hero Academia and RWBY as well as a Pokémon sampler among other titles.

Synopses for the featured manga are below:

The hit manga series MY HERO ACADEMIA asks the question… What would the world be like if 80 percent of the population manifested superpowers called “Quirks”? Heroes and villains would be battling it out everywhere! Being a hero would mean learning to use your power, but where would you go to study? The Hero Academy of course! But what would you do if you were one of the 20 percent who were born Quirkless? Dive into this acclaimed series by Kohei Horikoshi!

RWBY features artwork by the famed manga creator Shirow Miwa and is inspired by the popular online anime-style series originally created by Monty Oum and produced by Austin, TX-based Rooster Teeth Productions. In RWBY, the world of Remnant is filled with horrific monsters bent on the destruction of humanity. Fortunately, the kingdoms of the world have risen to combat these forces by training powerful Huntsmen and Huntresses at academies around the planet. Ruby Rose, Weiss Schnee, Blake Belladonna, and Yang Xiao Long are four such Huntresses in training.

In POKÉMON SUN & MOON, Sun dreams of money and Moon dreams of scientific discoveries. When their paths cross with Team Skull, both their plans go awry!

In POKÉMON HORIZON: SUN & MOON, Akira’s summer vacation in the Alola region heats up when he befriends a Rockruff with a mysterious gemstone. Together, Akira hopes they can achieve his dream of becoming a Pokémon Trainer and learning the amazing Z-Move. But first, Akira needs to pass a test to earn a Trainer Passport. This becomes even more difficult when Rockruff gets kidnapped!

Don’t forget to check out your local comic store for more free comics this Saturday, and stay tuned for more news here on Gaming Trend.