D3Publisher announced that it will release its quirky voxel-style shooter game Earth Defense Force: World Brothers on May 27 for PlayStation 4, Nintendo Switch, and PC. The game will allow up to four players in online co-op to defend the Voxel world from pixelated creatures featuring the same great Earth Defense Force gameplay fans know and love.

D3PUBLISHER Inc., a leading Japanese games publisher, along with development team YUKE’s, revealed that the long-awaited third-person voxel-style shooter EARTH DEFENSE FORCE: WORLD BROTHERS will be released digitally in North America, Europe, and Asia on May 27, 2021. Players across the globe can square-off against invaders to restore a shattered “Voxel Earth” from many pieces back to one peace. Following a successful launch in Japan on December 24, 2020, EDF fans and new players alike will be able to enlist in EARTH DEFENSE FORCE: WORLD BROTHERS as it launches with English voice and subtitles across global markets this Spring, and for the first time ever in the EDF series, the EDF will deploy on the Nintendo Switch™ system, as well as the newly added PC platform via Steam and the PlayStation®4 computer entertainment system. 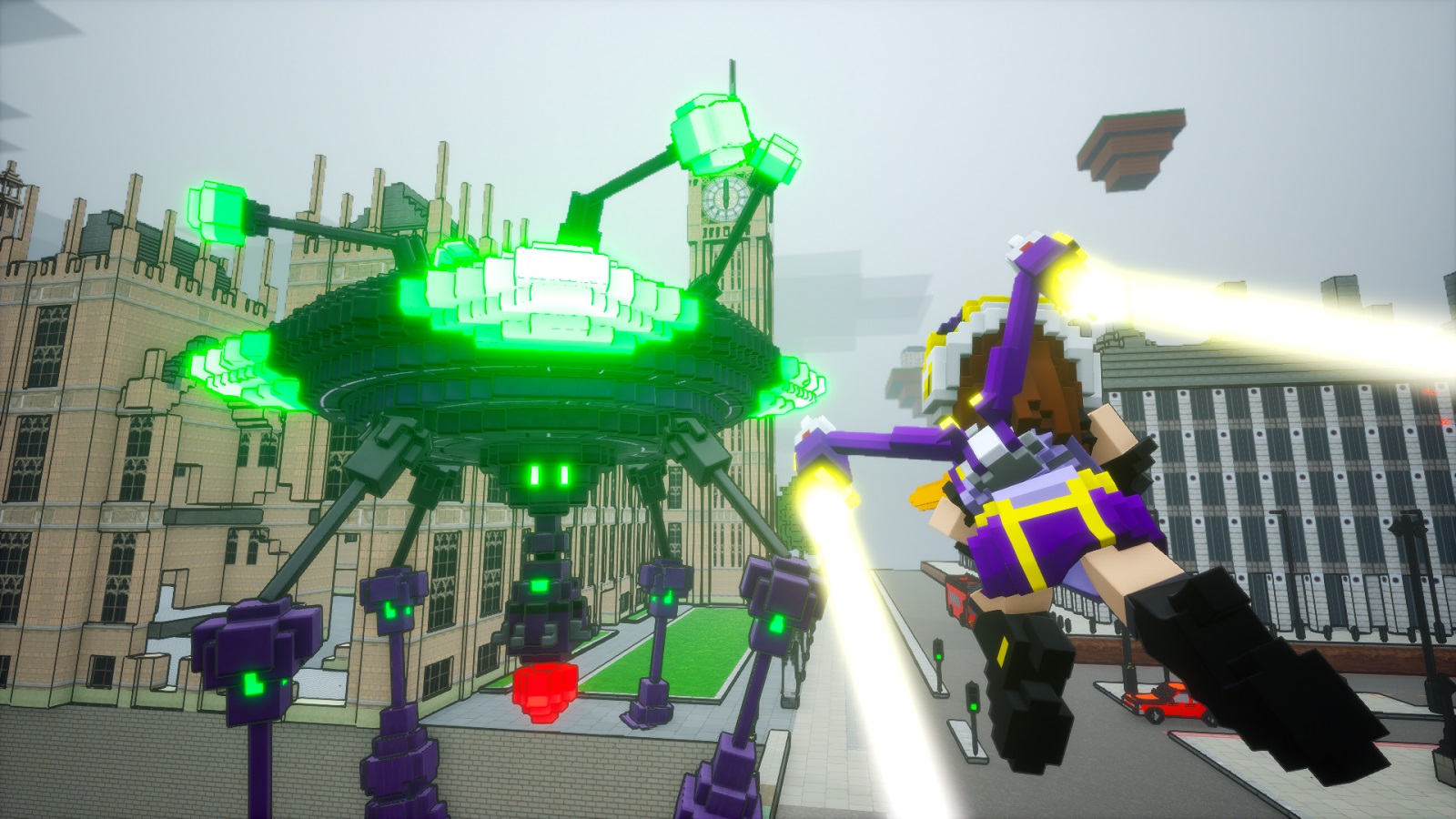 Since the worldwide reveal during the special livestream event at Tokyo Game Show 2020, EARTH DEFENSE FORCE: WORLD BROTHERS is taking a completely different look from the rest of the EDF series with its new 3D voxel art style. Fans of EDF can expect an EDF game packed with a ton of content from every main game in the EDF series, including weapons, historic soldier classes and enemies, in addition to brand-new ones for players to mix and match their teams of four.

For new players unfamiliar with the EDF series, they can look forward to defeating gigantic enemies, from insects to robots and aliens, all composed of 3D pixels and access to a large arsenal of weapons and soldier classes; each class can maximize their unique abilities to lay waste on their enemies in EARTH DEFENSE FORCE: WORLD BROTHERS. The popular third-person shooter series’ exciting debut in a brand-new market aims to create a fun, new appearance, and gameplay experience for both EDF fans and new recruits alike.

Though players can save the world in the EARTH DEFENSE FORCE: WORLD BROTHERS campaign solo with AI teammates, they can also enlist with friends in 4-player online Co-op Play on each platform; however, the game does not support cross-platform play. Players can also look forward to playing offline with two-player split-screen on the PS4™ system and four-player LAN Co-op on the Nintendo Switch™ system, which requires players and their friends to each have their own Nintendo Switch™ and copy of EARTH DEFENSE FORCE: WORLD BROTHERS.