Tax day this year might have been extended to May, but you can evade your financial obligations sooner (this is not financial advice, please don’t actually do this) when Graffiti Games and Snoozy Kazoo’s Turnip Boy Commits Tax Evasion heads to Nintendo Switch and PC on April 22. The game will feature a unique plant aesthetic and a shady plot to overthrow a shadier government conspiracy, all while recklessly abandoning the fact that yes, you do need to deduct tax on those short-term GME capital gains next year. To the moon!

This year don’t pay your taxes and instead evade them by playing indie action adventure game Turnip Boy Commits Tax Evasion from Graffiti Games and Snoozy Kazoo. Launching April 22 on the Nintendo Switch and PC for $14.99 USD, Turnip Boy has players solve puzzles, battle enemies in dungeons, uncover a mysterious plot of government corruption, and more.

In Turnip Boy players take control of an adorable turnip who happens to be an absolute menace to society. After failing to pay taxes and getting evicted from his home, Turnip Boy must go on an epic quest to pay back his massive debt to Mayor Onion. Garden tools to solve plantastic puzzles, meet eccentric vegetables and fruits, and take on treacherous fights. Along the journey uncover what’s spoiling this garden community and rise to tear down the corrupt vegetable government!

“Turnip Boy may look like a cute title, but there’s a devious world behind the scenes,” said Yukon Wainczak, developer at Snoozy Kazoo. “Players will uncover a mysterious plot, how the world came to be and that nothing is ever what it seems to be. We have many secrets scattered throughout the game and we look forward to people’s reactions to the twists and turns that we put into the game.” 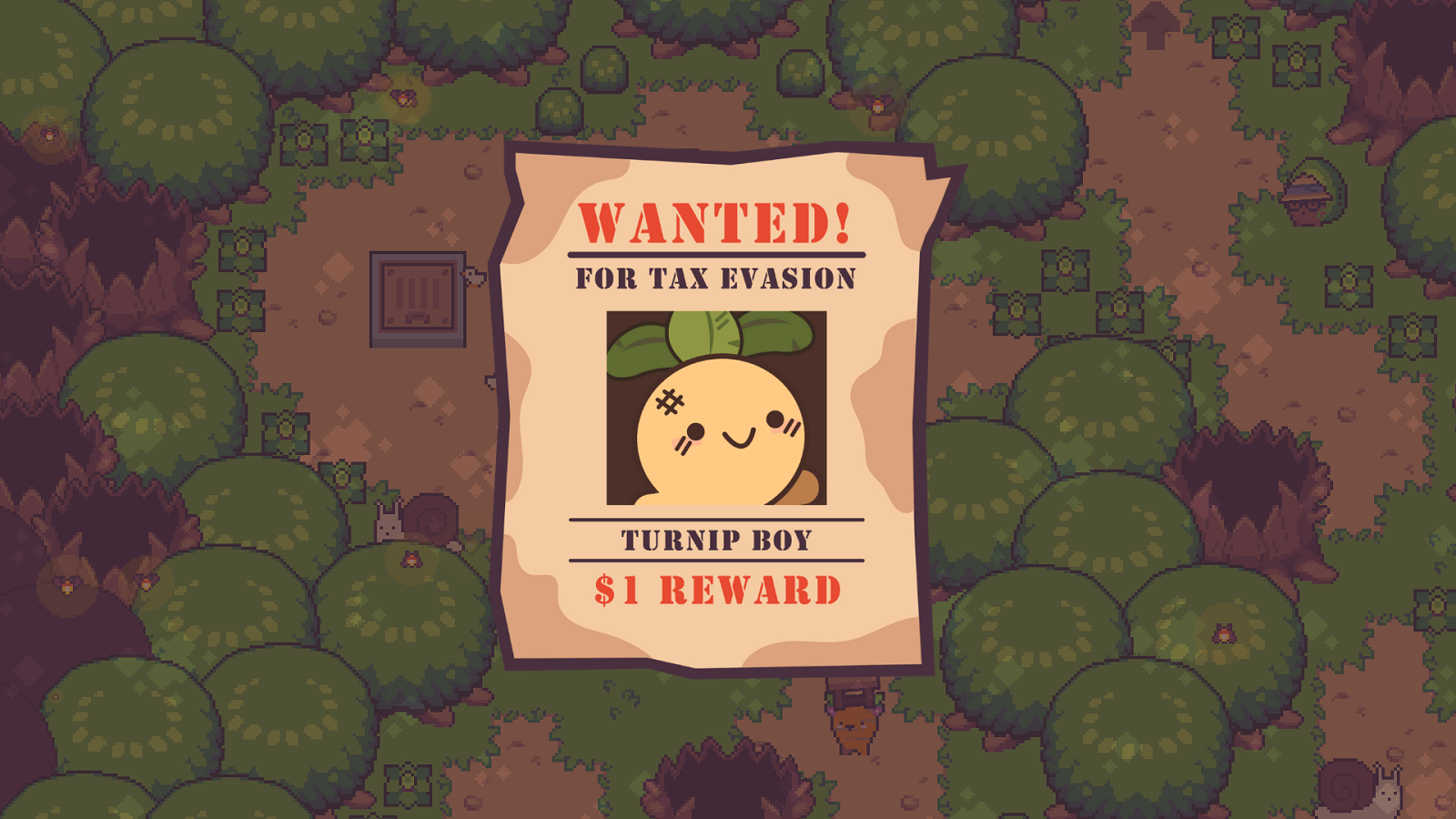 Take a gander at how Yoshi, the resident video game tax vagrant, feels on the daily by checking out the trailer above, and stay tuned for more news here on Gaming Trend.