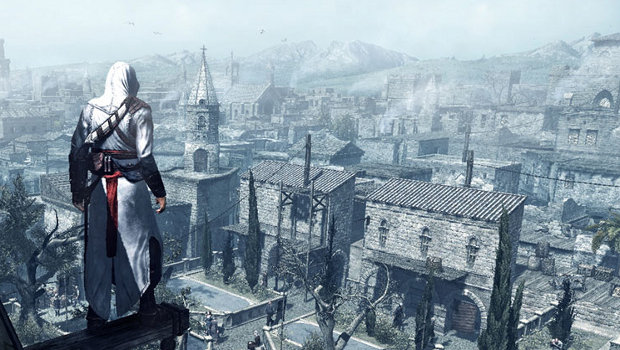 Yesterday the gaming world learned that Ubisoft’s spat with Patrice Désilets was going to a whole new level.  According to the French Canadian newspaper La Presse, Désilets put in a legal petition to sue the publisher for up to $400,000 and the ability to purchase the rights and materials for his latest game, 1666.

This certainly isn’t the fist time Ubisoft and Désilets have had… let’s call them “disagreements”.  Désilets dramatically left Ubisoft in 2010 after becoming dissatisfied with the companies handling of his brainchild, the Assassin’s Creed franchise.  Hiring in at THQ a few months later, Désilets and Ubisoft butted heads again when Ubisoft purchased THQ Montreal when THQ went belly up earlier this year.  After learning about the contract Désilets had been given, Ubisoft promptly canned him.  Which brings us today, and the announcement of a major lawsuit three days before the single most important press event of the gaming year.

According to La Presse (with a little help from Google Translate), Désilets is seeking nearly $400,000, broken down thus

As stated before, the acquisition of THQ Montréal in January allowed Ubisoft to welcome 170 experienced developers to our existing and renowned workforce. Unfortunately, the discussions between Patrice Désilets and Ubisoft aimed at aligning Patrice’s and the studio’s visions were inconclusive.  We received Patrice’s legal request and we will take the time needed to evaluate our options. We will make no further comment at this point.

I’m sure Ubisoft will be delighted to tell us all about this situation at E3, right?