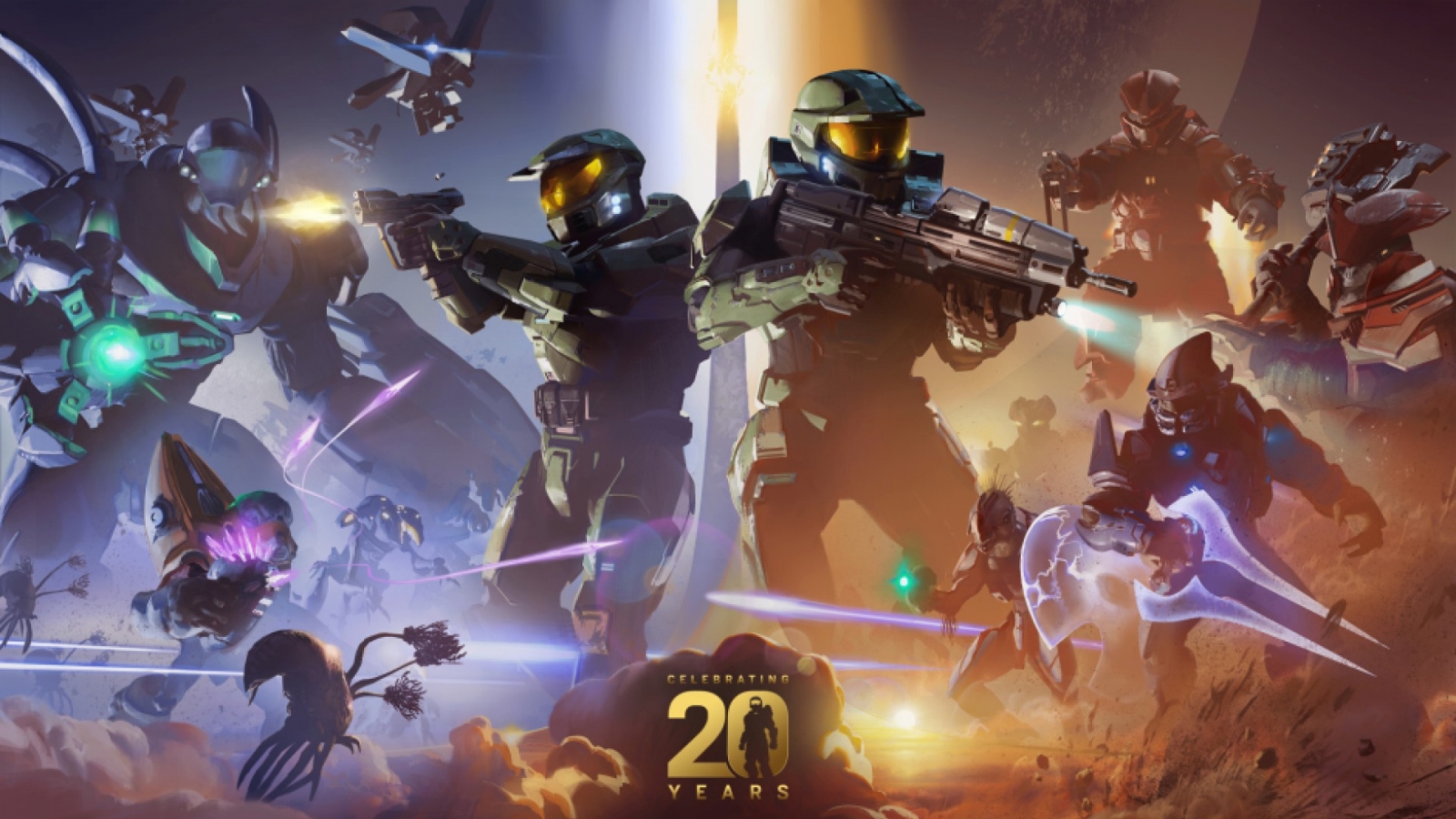 Twenty years is a really long time, but brands are forever. One of our favorite gaming brands in Xbox has officially been around for 20 years this year, and it’s time to celebrate! Xbox Wire has us all covered with the news, so get out your old Duke controllers and throw up your best X as you take a trip through the past and maybe pick up one of those twentieth anniversary Master Chief shirts for me. Please?

Do you remember where you were when you played your first Xbox game?

It may be hard to believe, but this year will mark the 20th anniversary of Xbox. I’m proud to have been a member of Team Xbox for 17 of those 20 years!  The original Xbox console was released in North America on November 15, 2001, followed by many more launches all around the world including Japan, Australia, Europe, Latin America, China, and more!

Twenty years ago, playing on Xbox meant hooking up your console with three (or more!) cables to a standard definition CRT TV.  You had to pre-order the hottest new games and stand in line at your favorite retail shop to pick them up. Games were played in 640×480 resolution, and you only had 8GB of storage and 64MB of memory to enjoy them with. And you either played alone or with a friend sitting next to you on the couch.

The Xbox experience today, as shaped by you, is wildly different. You can now jump into your favorite games on your Xbox Series X|S console (imagine showing your past self a 4K HDR game!), on PC, or on mobile*. You and your friends can play with and against the more than 100 million players who log into Xbox every month from around the world. And there’s no more convincing every person in the group to go out and buy a big game. If you all have Xbox Game Pass Ultimate, you can pick the destination from a variety of games in the catalog and just start playing. We love this gaming future.

Thanks to game creators and players like you, we have a greater variety of games and diverse characters  – with more worlds to explore, stories to tell, heroes and villains to meet, and achievements to unlock – in the 7 thousand games that have been released across the Xbox platform. Do you remember unlocking your first Xbox achievement? To-date, you and the Xbox community together have racked up nearly 1 trillion total Gamerscore. Most importantly, you’ve worked together to change the face of gaming by welcoming players from all walks of life, everywhere in the world.

The Game That Started It All

This year not only commemorates 20 years of Xbox, but it also marks the 20th anniversary of the Halo franchise. That magical moment when the Master Chief first stepped on to a mysterious ringworld has long been a hallmark of the Xbox experience, and over the last 20 years, Halo has become deeply embedded into the Xbox DNA. We’re thrilled to celebrate this milestone, as well as the launch of Halo Infinite, with our players this Fall.

As we approach the 20-Year mark, it has never been clearer that the heart of Xbox is you. And we are excited to celebrate this milestone together.

The celebration starts today and continues through November 15, 2021.

We’ll have more fun to share as we get closer to the November 15th anniversary date. Keep an eye out here on Xbox Wire or at xbox.com/20years for the latest updates.

Stay tuned to Gaming Trend for more Xbox news, videos, impressions, and reviews! Xbox certainly has a lot coming during this celebration.