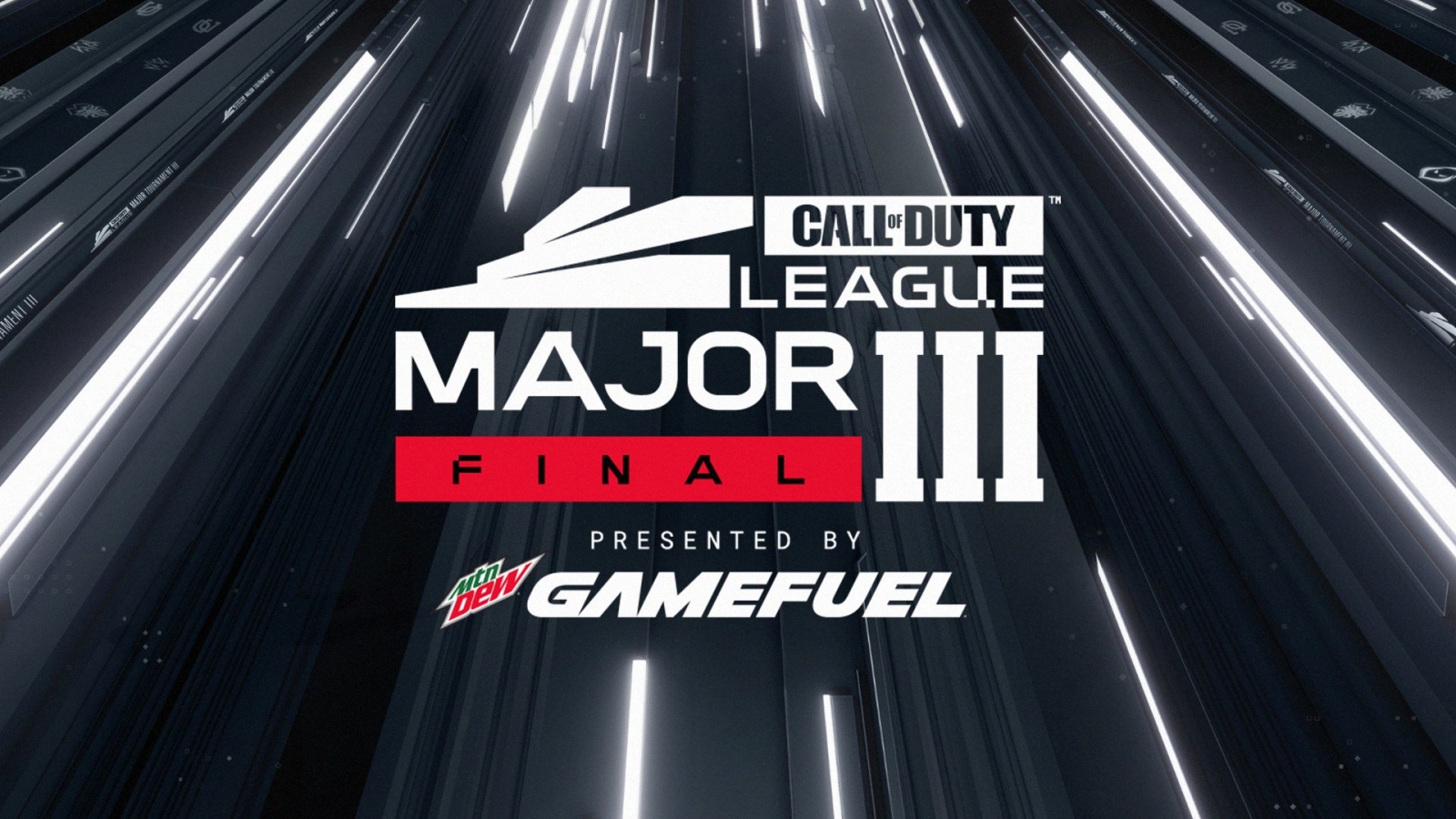 It’s honestly hard to believe we’re at the mid-point of the Call Of Duty League already. We’ve had a perfect stage (Atlanta Faze in Stage I), a miraculous underdog story (Toronto Ultra’s zero to hero Major II win), and who knows what awaits us in Major III. I’m personally rooting for my Atlanta Faze bois (love you aBeZy), but there are a lot of great teams playing and it’s truly anyone’s game. There’s some cool info that’s been dropped over the last couple of weeks, and we’re slapping that down below along with the Major III schedule and the links to watch them on Youtube.

Call of Duty League Goes Back to LAN

As part of our initial return to live events, Major IV will adhere to strict League health and safety protocols and attendance will be limited to players in the League as well as limited Call of Duty League and team staff.

Attendees will follow strict COVID-19 protocols, including Rapid Response testing throughout the event.

We have been diligently exploring ways for the Call of Duty League to return to a live event format, so long as it is safe to do so. Today is the first step in that process. Stay tuned for more details!

Beginning next week for Major III, the Call of Duty League will also be moving to a four-day schedule. Instead of starting on Wednesday, Major III will start on Thursday, May 13 at 12PM PT/3PM ET. This new tournament schedule will feature four matches on Thursday and Friday, five matches on Saturday, and then three matches on Sunday. In addition, each day will end with a Winners Bracket match. 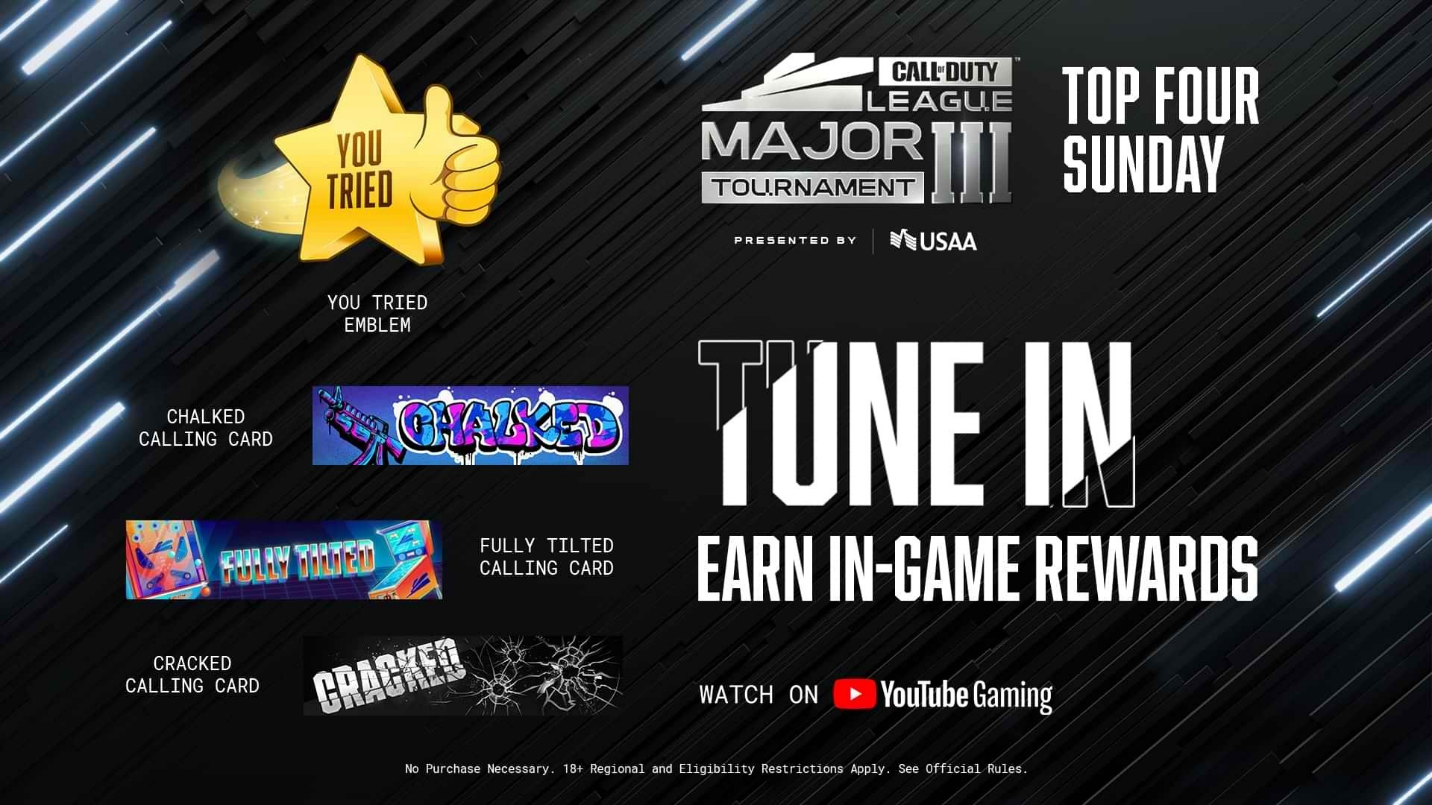 Don’t Miss Out on Rewards

In case you’ve missed it, Call of Duty League viewership rewards are in full swing this season. Throughout Stage III, we’ve been giving viewers opportunities to earn 2XP tokens for Call of Duty®: Black Ops Cold War and Call of Duty® Warzone™

Every Sunday during a Call of Duty League Major event, fans can earn unique rewards for tuning in.

Make sure to visit the Rewards section of the Call of Duty League blog and review the Official Rules to learn about the upcoming rewards and how you can link your Activision account to YouTube, in order to unlock items in game. 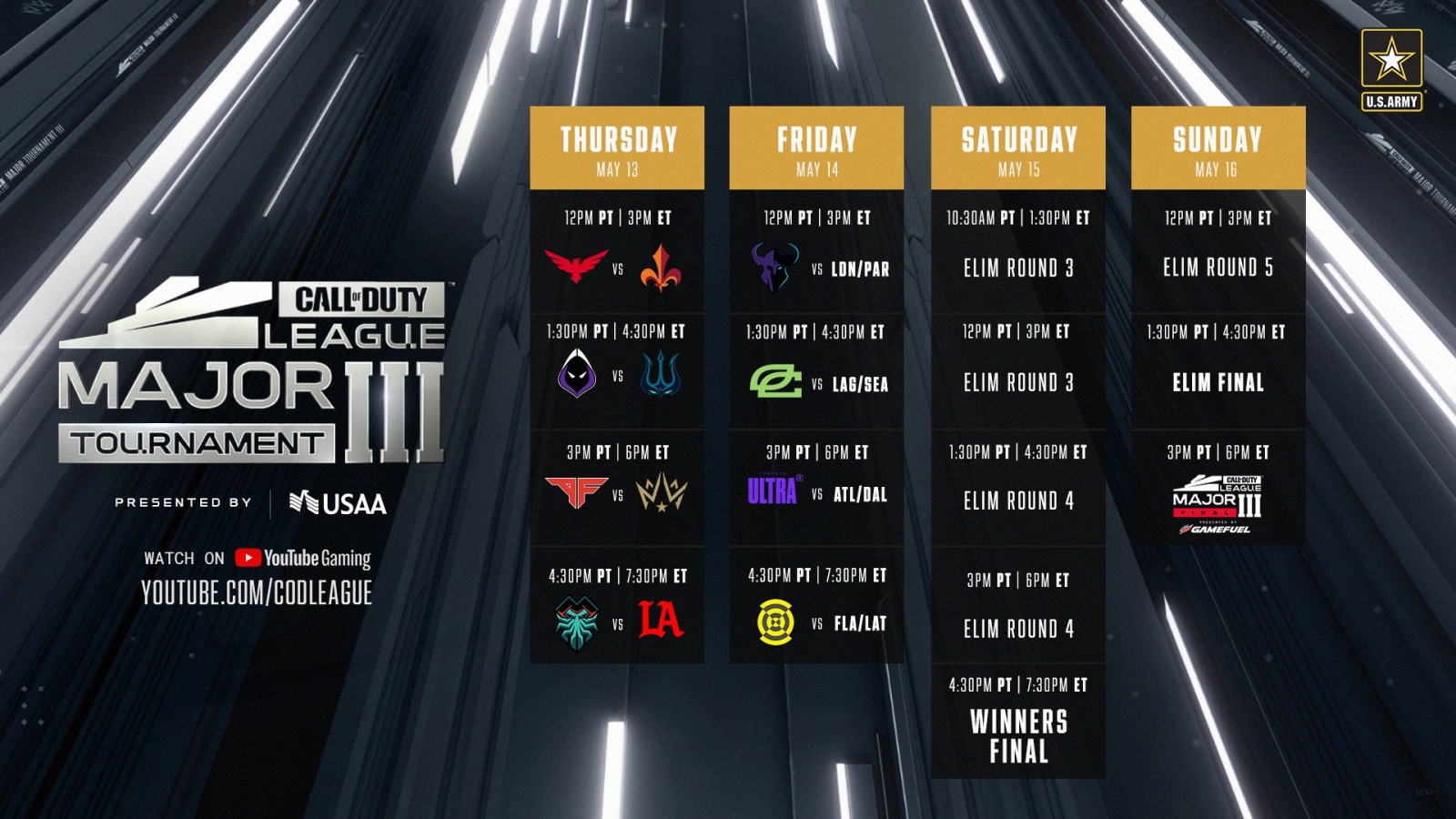 The schedule for Major III