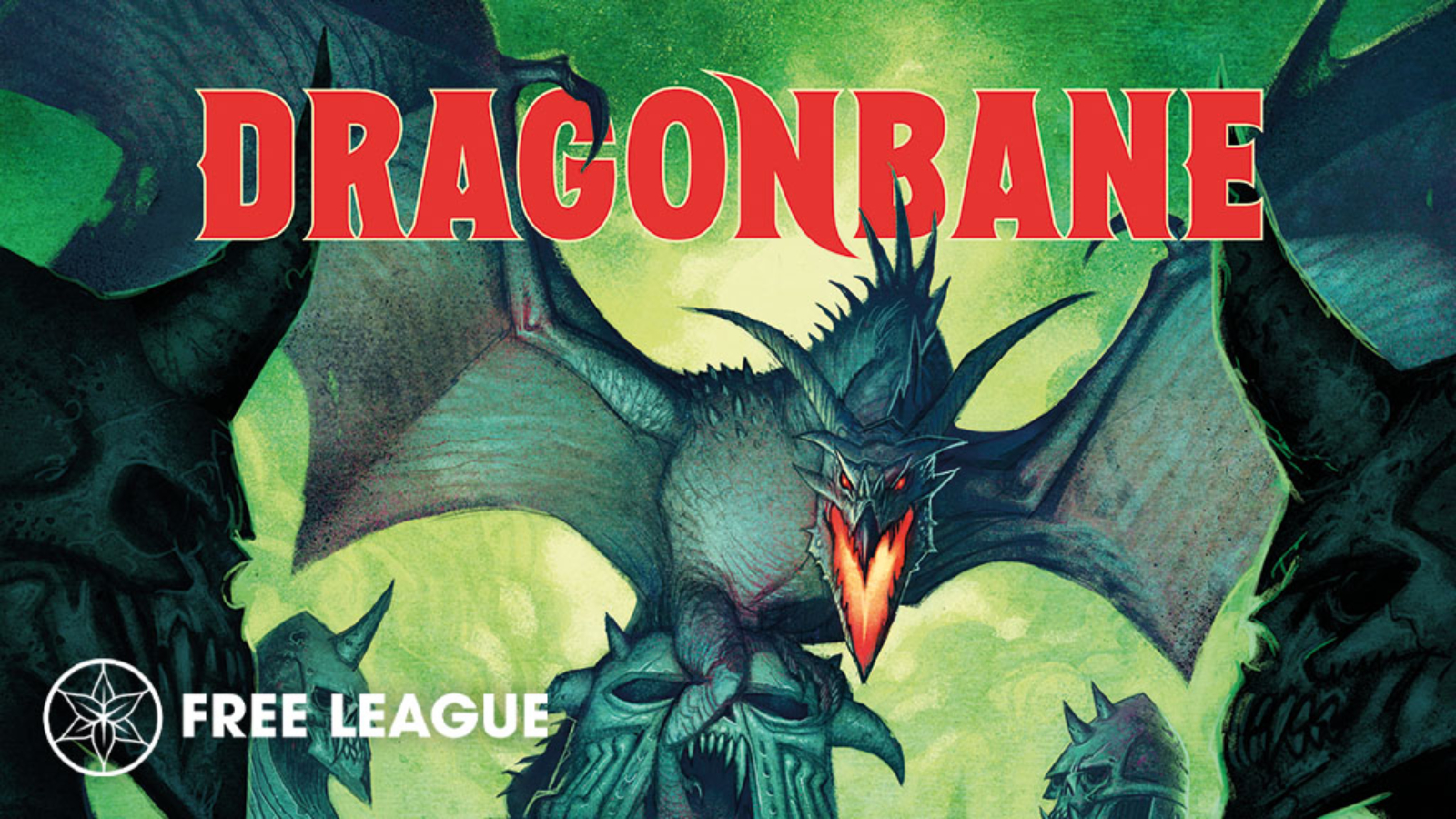 A new re-imagined edition of the biggest role-playing game in Sweden, Dragonbane, recently launched on Kickstarter and was funded in just four minutes. From Free League, Dragonbane has raised nearly half a million dollars in just a few days.

Drakar och Demoner is the game that started it all. It was the very first Swedish roleplaying game and still is the most beloved game in Scandinavia. The first 1982 edition of the game was a translation of Magic World by Chaosium, but Drakar och Demoner soon took a life of its own, evolving the game world through a dozen various editions being created in Sweden over the decades. Now, Free League is proud to bring Drakar och Demoner to an international audience under the English title Dragonbane. 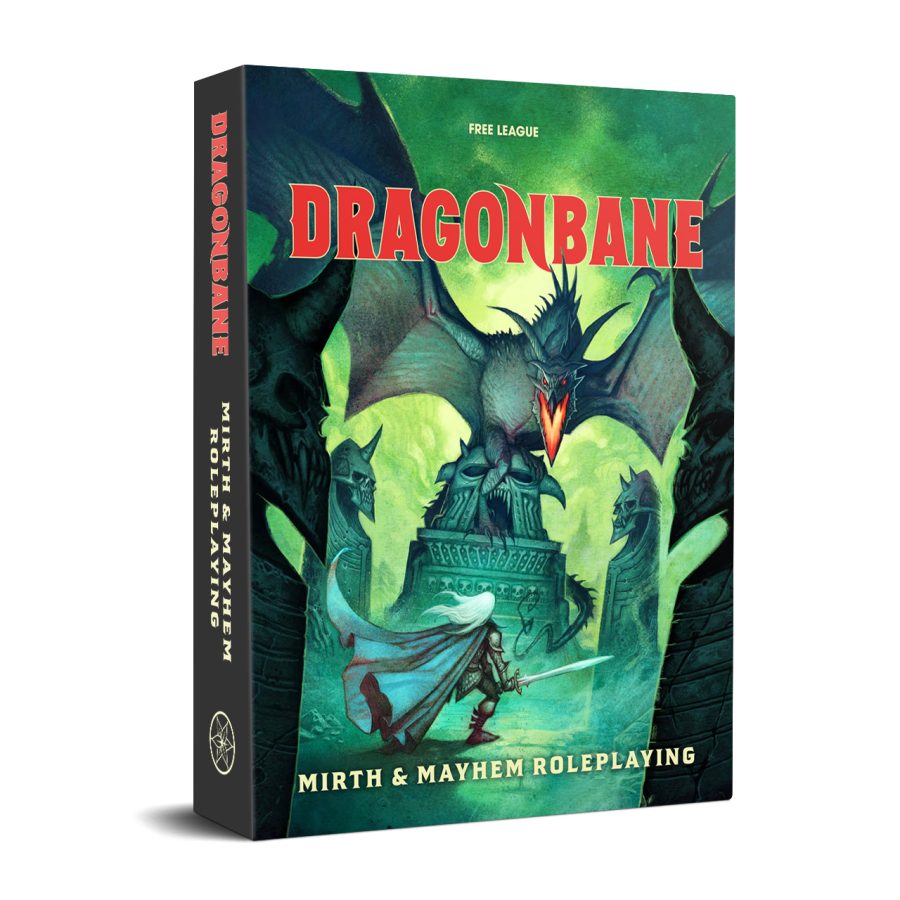 Dragonbane is a classic fantasy RPG full of magic, mystery, and adventure. This new edition is designed from the ground up to facilitate fast-paced fantasy adventures, with very little prep time and adventures that are a breeze to run.

The game invites players to experience fantasy adventures of all kinds. However, it is also a game with room for laughs and even a pinch of silliness – inspired by of how Drakar and Demoner always has been played in Sweden. 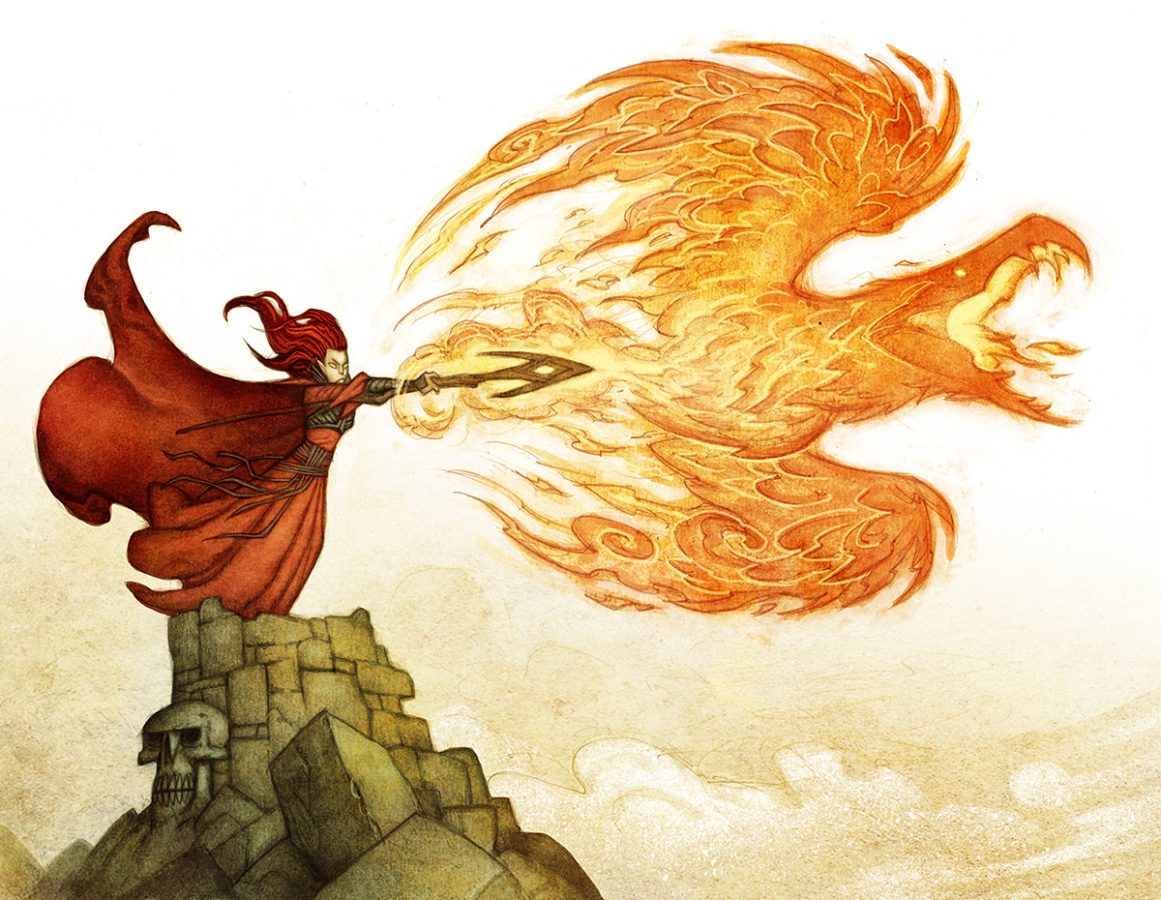 Do not, however, mistake it for an easy game. It will present formidable challenges for all adventurers. Free League call this playstyle “mirth and mayhem roleplaying” – great for long campaigns, but also perfect for a one-shot. 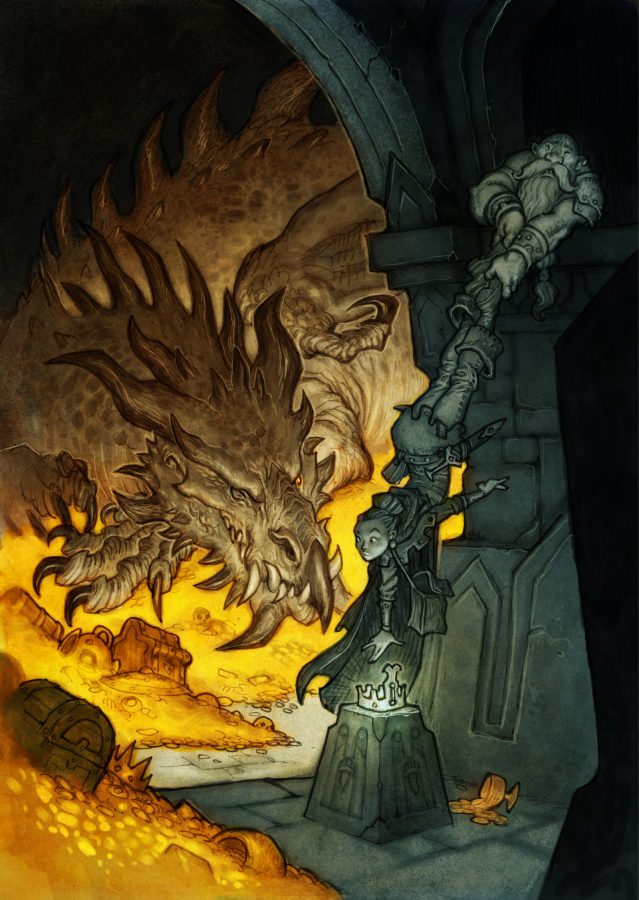 The new edition of Dragonbane/Drakar och Demoner are based on the core rules of the early editions, however the game design is further developed and carefully updated by Free League.

Each player character has six base attributes, each ranging from 3 to 18, and skills on a 1–20 scale. The core mechanic is rolling a D20 equal to or lower than the skill level to succeed. As an optional rule, a player can push a roll as in Free League’s Year Zero Engine games, allowing a re-roll but triggering a negative condition of some kind. 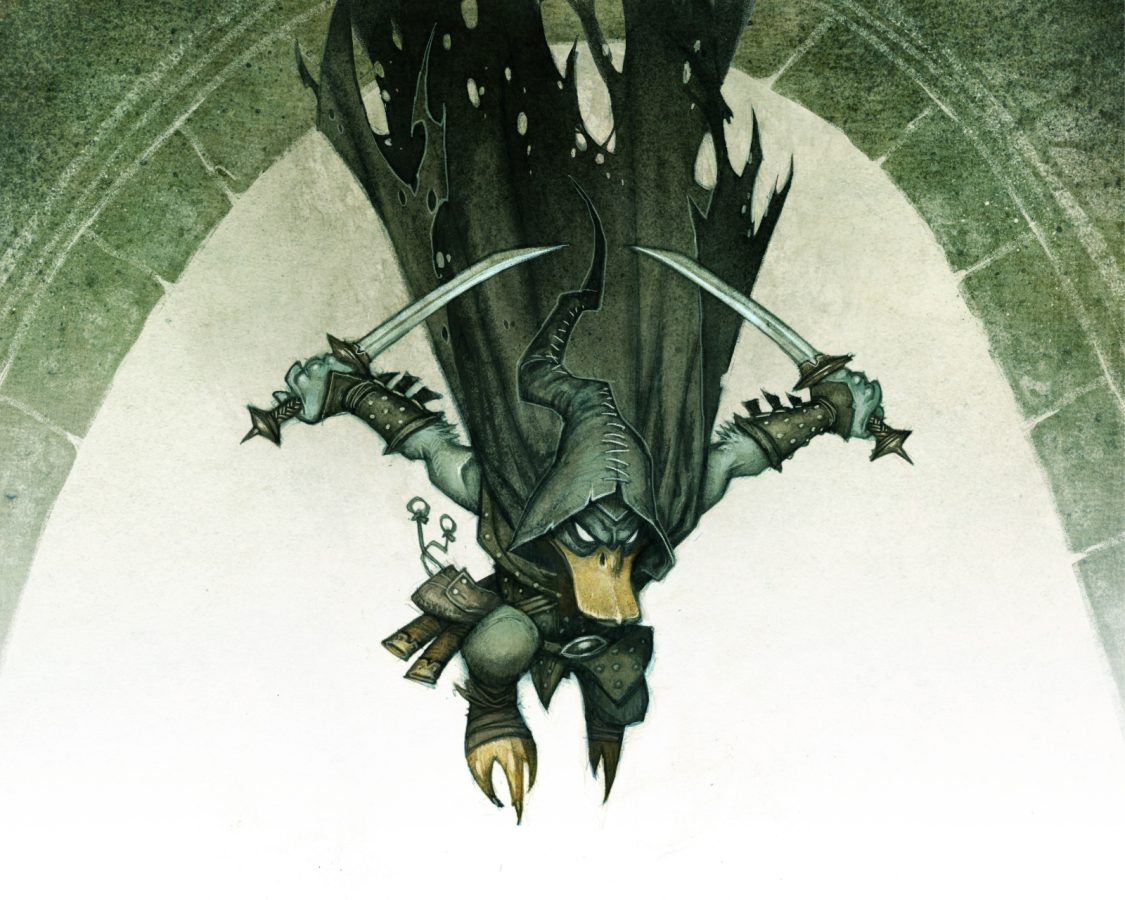 The Dragonbane core game will come in a boxed set, to honor the original editions from the 1980s. The set will include a core rulebook, an introductory scenario with pre-generated characters, and a huge, beautiful map of the Misty Vale setting, created by the magnificent cartographer Francesca Baerald. 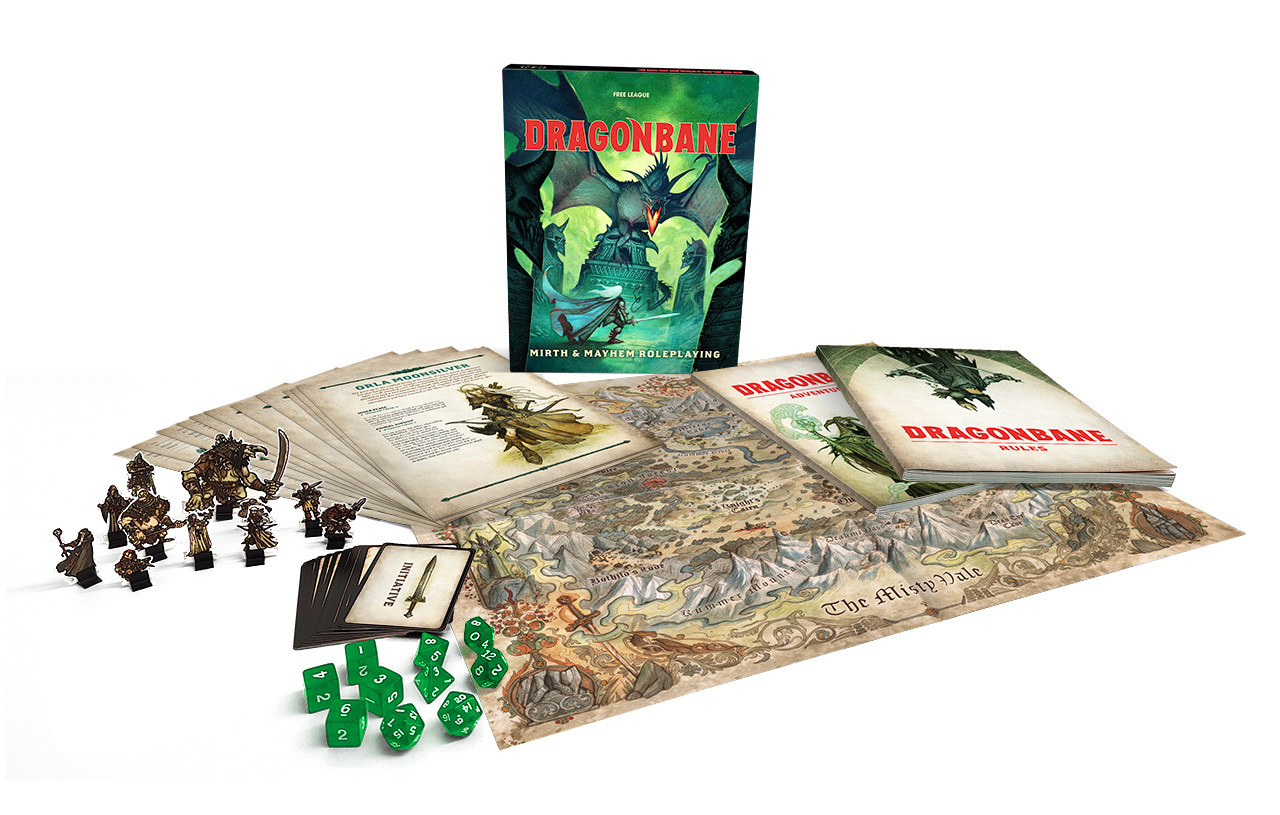 If the base funding goal is exceeded, the boxed set will be expanded with a range of stretch goals, including custom dice, custom cards, additional pre-generated characters, and additional adventures, creating a complete campaign to play in the Misty Vale. 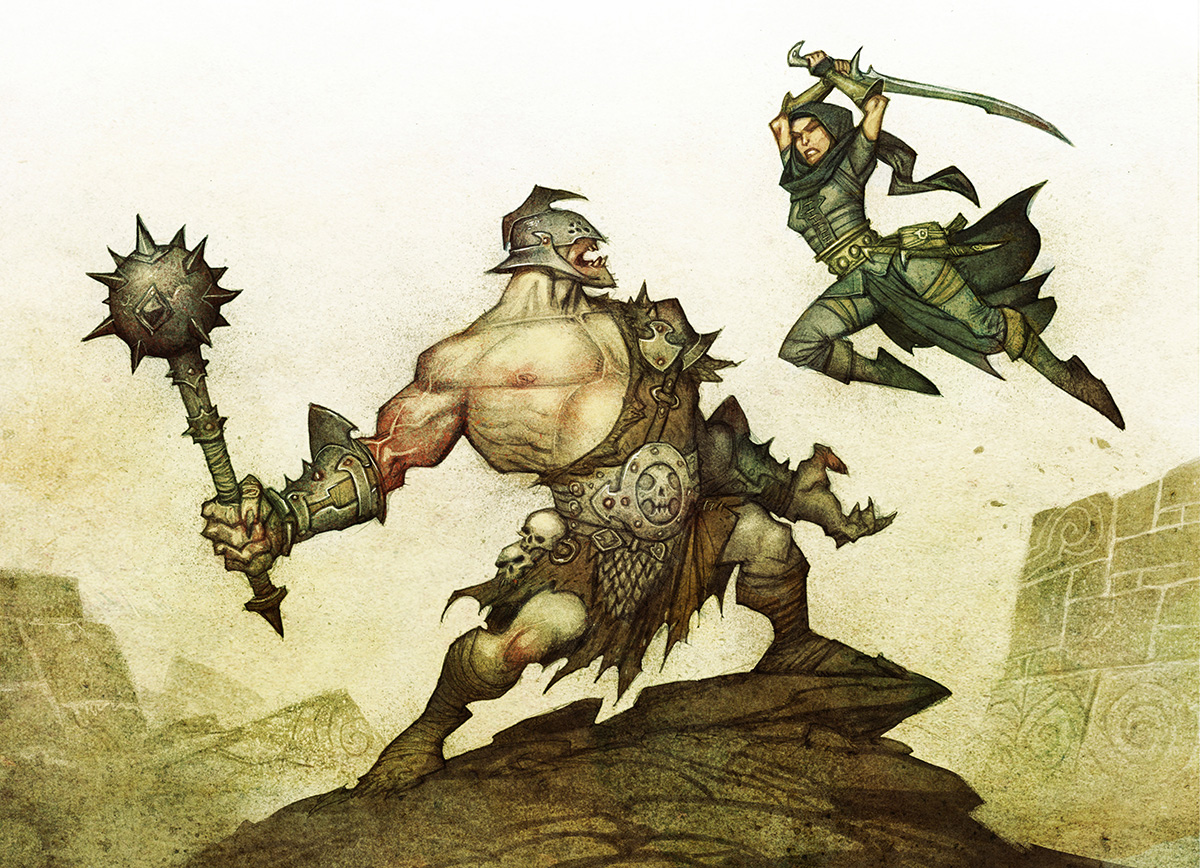