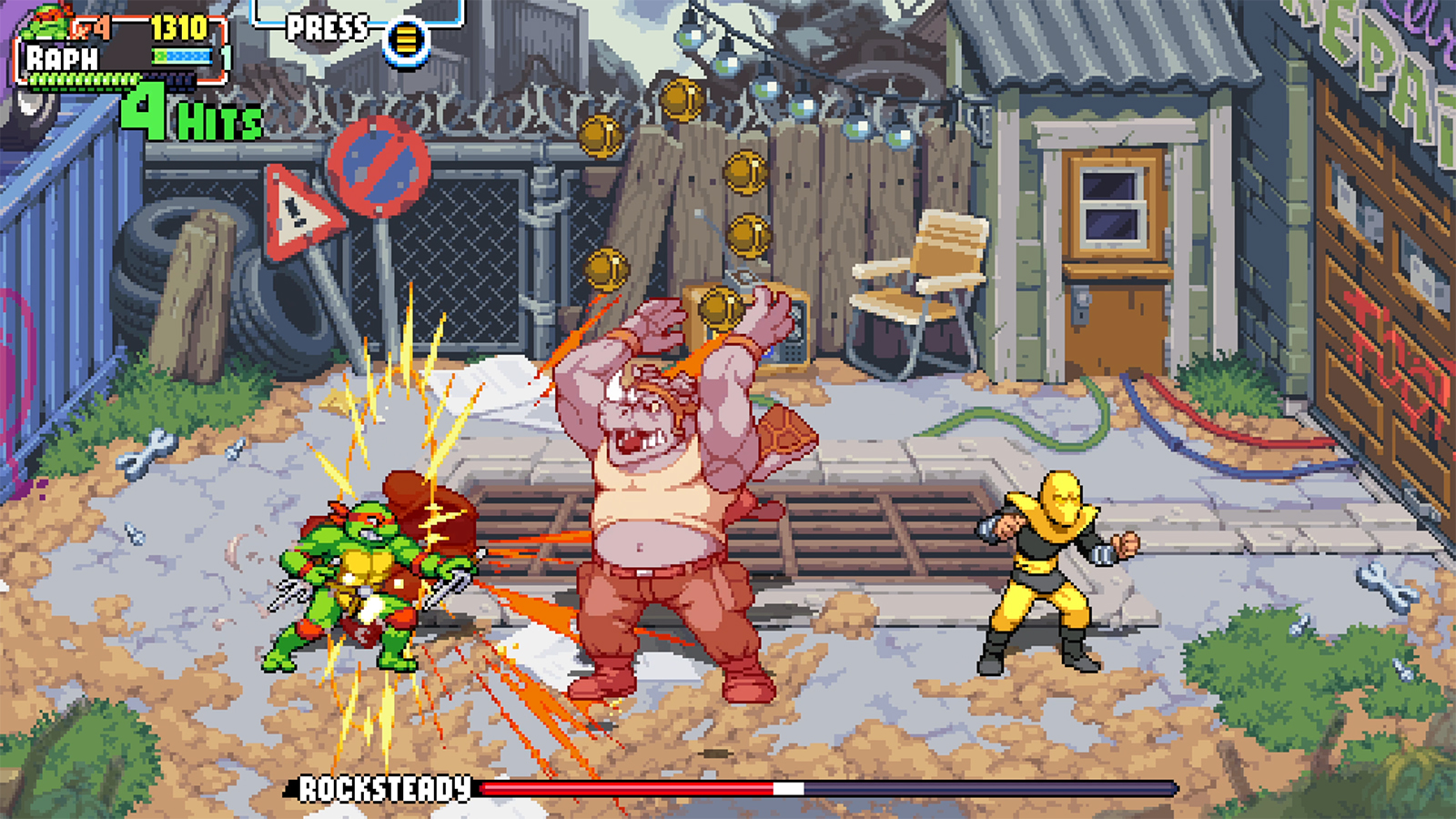 Fans and critics alike have fallen in love with the retro inspired beat ’em up TMNT: Shredder’s Revenge which shows in the absolutely fantastic sales numbers as over 1 million copies were sold in the first week alone. In case you missed our review, we had a lot of fun with the game, and can definitely see why it has become such a hit. You can read publishers Dotemu’s press release celebrating this milestone below:

A shell-kicking return to the classic TMNT universe as depicted in the 1987 cartoon, Teenage Mutant Ninja Turtles: Shredder’s Revenge finds the Turtles racing to foil the menacing Shredder’s latest scheme. The heroes in a half shell battle the infamous villain’s forces throughout an adventure recalling TMNT’s most memorable locales and moments, racing to stop Shredder’s plan before he plunges the world into chaos. Players and critics alike have found the return of Leonardo, Michelangelo, Raphael and Donatello to be totally tubular, dude, with Manhattan’s gnarliest heroes bringing their own unique abilities and moves into a modernized revitalization of their signature agile style of combat.

“TMNT: Shredder’s Revenge is the game I dreamed of working on ever since I began watching the original cartoon and funneling coins into the TMNT arcade cabinets as a kid,” said Cyrille Imbert, CEO of Dotemu. “We are immensely grateful to Nickelodeon for the opportunity to honor an era of TMNT that profoundly impacted the lives of everyone at Dotemu, and to our friends at Tribute Games for expertly capturing the classic thrill of the Turtles’ battles with the Foot Clan in a new experience that feels completely fresh and exciting to play.”

“Tribute Games set out to make the ultimate celebration of a chapter in TMNT history that means the world to us, and it’s been wonderful to watch the accessible fun of beat-em-ups resonate with longtime fans and genre newcomers alike,” said Tribute Games Co-Founder Jean-Francois Major. “We’re thankful for all of the support and encouragement the passionate TMNT community has shown us since the reveal of TMNT: Shredder’s Revenge, and we look forward to watching players continue to discover the easter eggs we’ve hidden throughout the game while chaining together some bodacious combos.”