Yesterday, Little Red Dog Games announced that it will bring its strategy game Precipice to Steam on May 1. The game will task up to two players with dominating their opponents with cutthroat tactics and anthropomorphic leaders.

Precipice is unique in that it lends itself to missile-crisis standoffs where the last one to blink wins, but push too hard and the whole world may be lost. It spans forty years of hostilities between the United States and Soviet Union, and forces players to decide when to push their own contentious actions and when to back down from them. The advanced AI observes player behavior and makes assumptions and judgements about their rival’s personality and character, their intended strategy, and develops a plan of its own to counter. Also, it features (adorable) animals in suits. 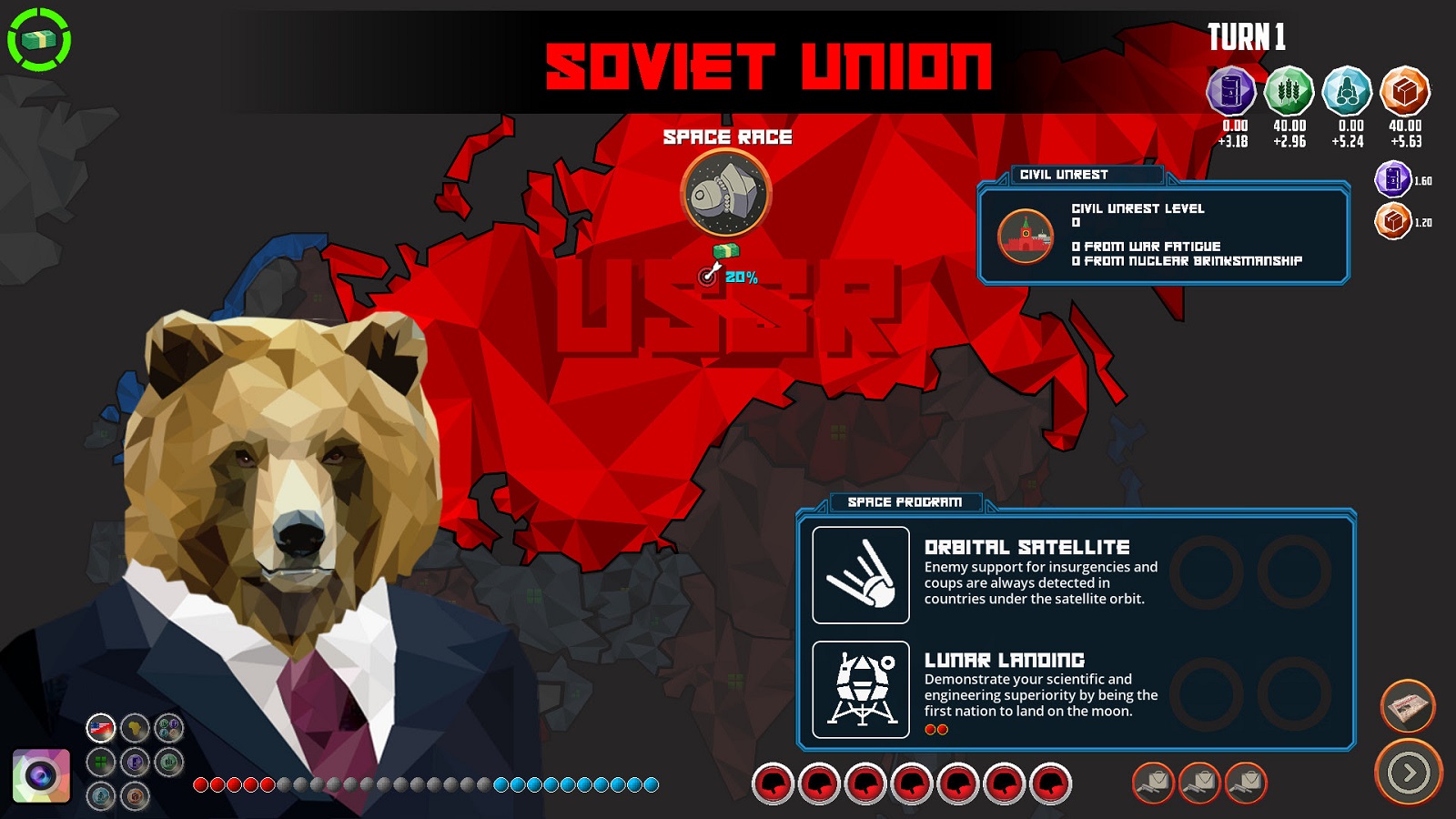 “You will send agents around the world, protecting your closest allies and changing unfavorable regimes without giving away your long-term ambitions. For that reason, this game is a strategic gem where your success will depend squarely on your ability to misdirect your rival and show bravery when it is needed.”

The third commercial title from developer LRDGames, Precipice will retail for $11.99 for Windows, Mac, and Linux platforms. At launch, it will feature Steam lobby integration, player-rank unlockables, multiple map modes, multiple AI settings and the likenesses of seventy-two world leaders caught in the crossfire between two global powers.