Hey, remember a few months ago when Paper Mario: The Origami King was announced out of nowhere? Nintendo has seemingly adopted this new practice with Pikmin 3 Deluxe as it stealth dropped a trailer for the Nintendo Switch version of the game, which will be released on October 30. The game will include all DLC from the original Wii U version as well as some extra quality-of-life features that will acclimate newcomers and veterans of the original.

As the far reaches of space lies a mysterious yet oddly familiar alien world … filled with cute creatures, hidden surprises and larger-than-life fun. Clear a landing zone, because the Pikmin 3 Deluxe game is headed to the Nintendo Switch family of systems on Oct. 30. Pikmin 3 originally launched on Wii U, and now it’s making the leap to Nintendo Switch with new content, more options for cooperative play and a range of settings that make it easy for newcomers to jump in. These tiny Pikmin are ready to make your acquaintance in their biggest adventure yet, so take a peek at your Pikmin platoon in the game’s debut trailer.

Pikmin 3 Deluxe isn’t your garden-variety adventure. Command a crew of three explorers and a squad of adorable Pikmin in a quest for survival packed with puzzles to solve and copious critters to battle. After a crash-landing, you’ll explore a variety of lush environments, such as the snow-covered Distant Tundra, the Twilight River and the Garden of Hope, all teeming with wondrous and formidable lifeforms. 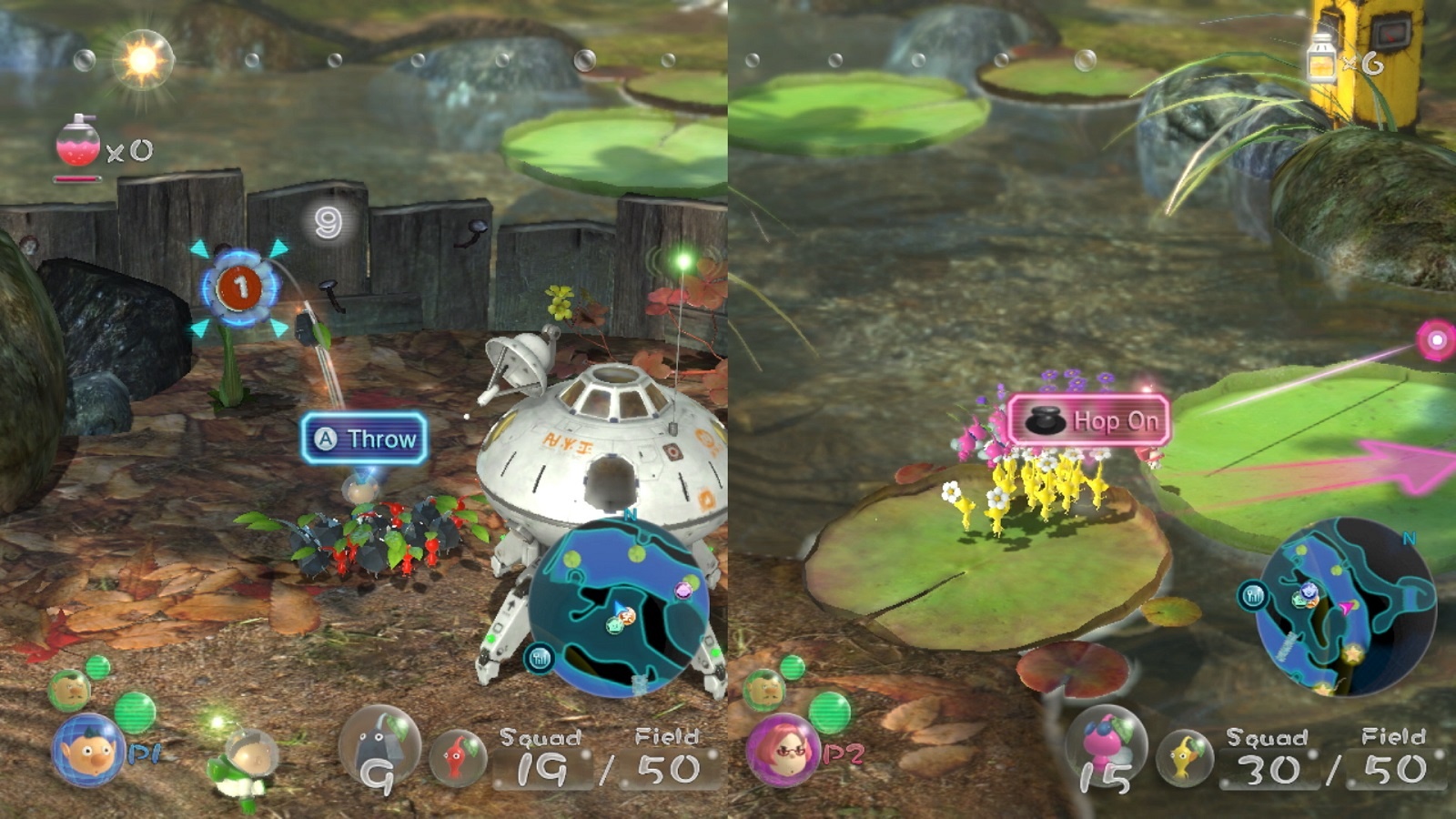 “Pikmin 3 Deluxe brings this classic franchise to life on Nintendo Switch, introducing a new audience to its beloved characters and gameplay, while also welcoming back returning players with new challenges,” said Nick Chavez, Nintendo of America’s Senior Vice President of Sales and Marketing. “With Pikmin 3 Deluxe, the Nintendo Switch library of software continues to grow with a variety of games for everyone to discover and enjoy.”

Pikmin 3 Deluxe delivers a full suite of additions and enhancements, including the ability to play the whole Story mode in co-op with a friend, new side-story missions which can also be played in co-op and all the Mission mode DLC stages from the original game’s release. With new difficulty options, lock-on targeting, optional hints and the choice to play at a more relaxed pace, it’s easier than ever to join in on the Pikmin fun, enjoy the game’s beautiful scenery and get a taste of what this vibrant world has to offer. Fun features from the original game also return in Pikmin 3 Deluxe, such as the in-game camera, which allows players to snap photos of the game’s lush environments and curious creatures from a pint-sized perspective.

With a number of Pikmin to befriend and command, you’ll have a willing team at your disposal to tackle whatever obstacles you face. Different colored Pikmin offer a variety of helpful abilities and strengths for your missions. For example, Blue Pikmin can breathe underwater, helping you collect items other Pikmin can’t reach, while Winged Pikmin, distinguished by their pink hues and fluttering wings, can fly over terrain such as water and pits. Strategically selecting the right Pikmin for the task at hand, delegating projects and changing between captains can help secure victory.

For seasoned players who are ready to deploy their Pikmin-plucking skills in some new challenges, Pikmin 3 Deluxe adds new side-story missions featuring Olimar and Louie exploring planet PNF-404. And for a bit of friendly Pikmin-flinging fun, there are even head-to-head multiplayer matches available in Bingo Battle.