If you’re ready for the December 3 release of Immortals Fenyx Rising, you’ll have much more in store as Ubisoft has announced its post-launch plan for the game, with a season pass arriving soon. These new DLC packs will be available separately or through the Immortals Fenyx Rising Gold Edition.

Today, Ubisoft announced that the Immortals Fenyx Rising™ post-launch plan includes free in-game events, weekly dungeon challenges and daily quests along with a season pass for players looking for even more content. The season pass features new environments, heroes and fresh gameplay, and owners will also receive a bonus quest: When the Roads Get Rocky, available at launch. 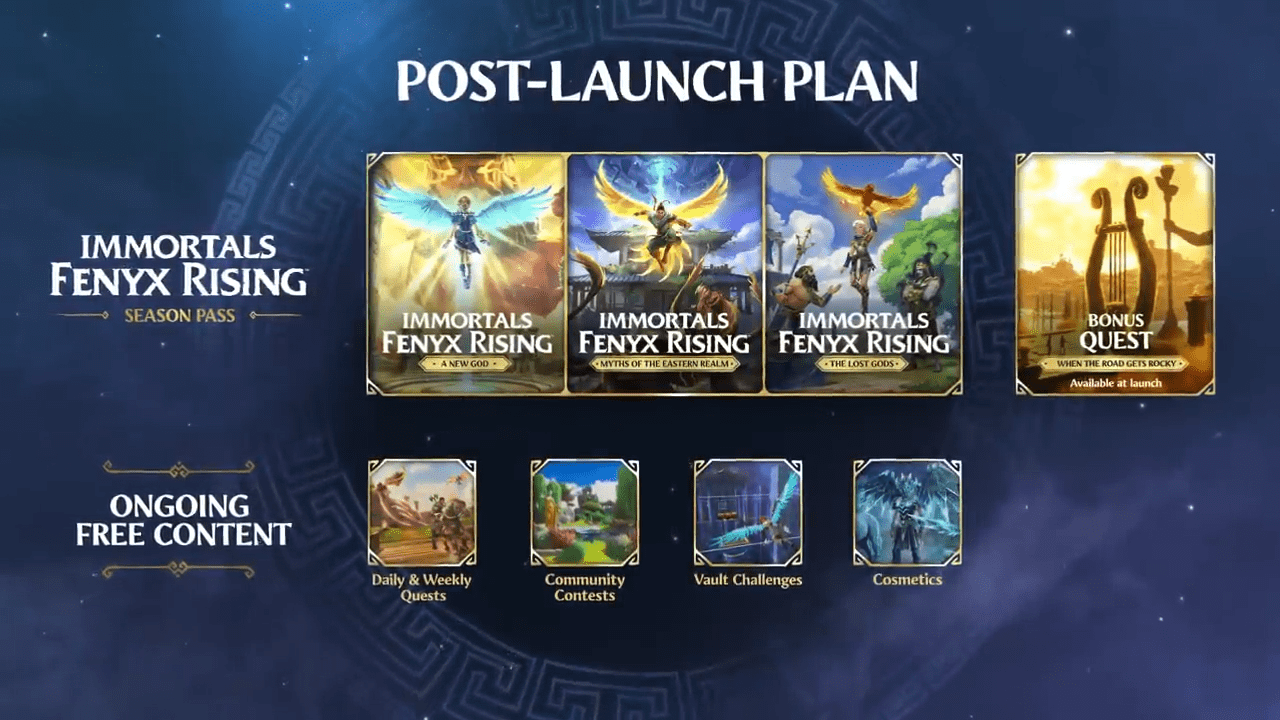 The season pass is included in the Immortals Fenyx Rising Gold Edition and is also available for purchase separately for $39.99.

Developed by the team at Ubisoft Quebec,* developers of Assassin’s Creed® Odyssey, Immortals Fenyx Rising is an exciting new IP that takes grand mythological adventure to new heights. Players will embody Fenyx, a new winged demigod, on a quest to save the Greek gods and their home from a dark curse. Only by mastering the legendary powers of the gods, overcoming heroic trials and confronting powerful mythological beasts, will Fenyx be able to take on Typhon, the deadliest Titan in Greek mythology.

Check out the trailer above, read up on Ron and Elisha’s previews, and stay tuned for more news here on Gaming Trend.