Do you like farming sims but always thought – “you know, this would be better with cats” – well you’re in luck! Bluecurse Studios has announced the adorably retro looking Snacko, a cat farming sim.

Developer Bluecurse Studios and publisher Armor Games Studios are delighted to reveal a new platform for adorable farming and adventure sim Snacko. As announced during today’s Wholesome Direct showcase, Snacko will be released on Nintendo Switch, in addition to the previously announced PC version. Both will launch in 2022. 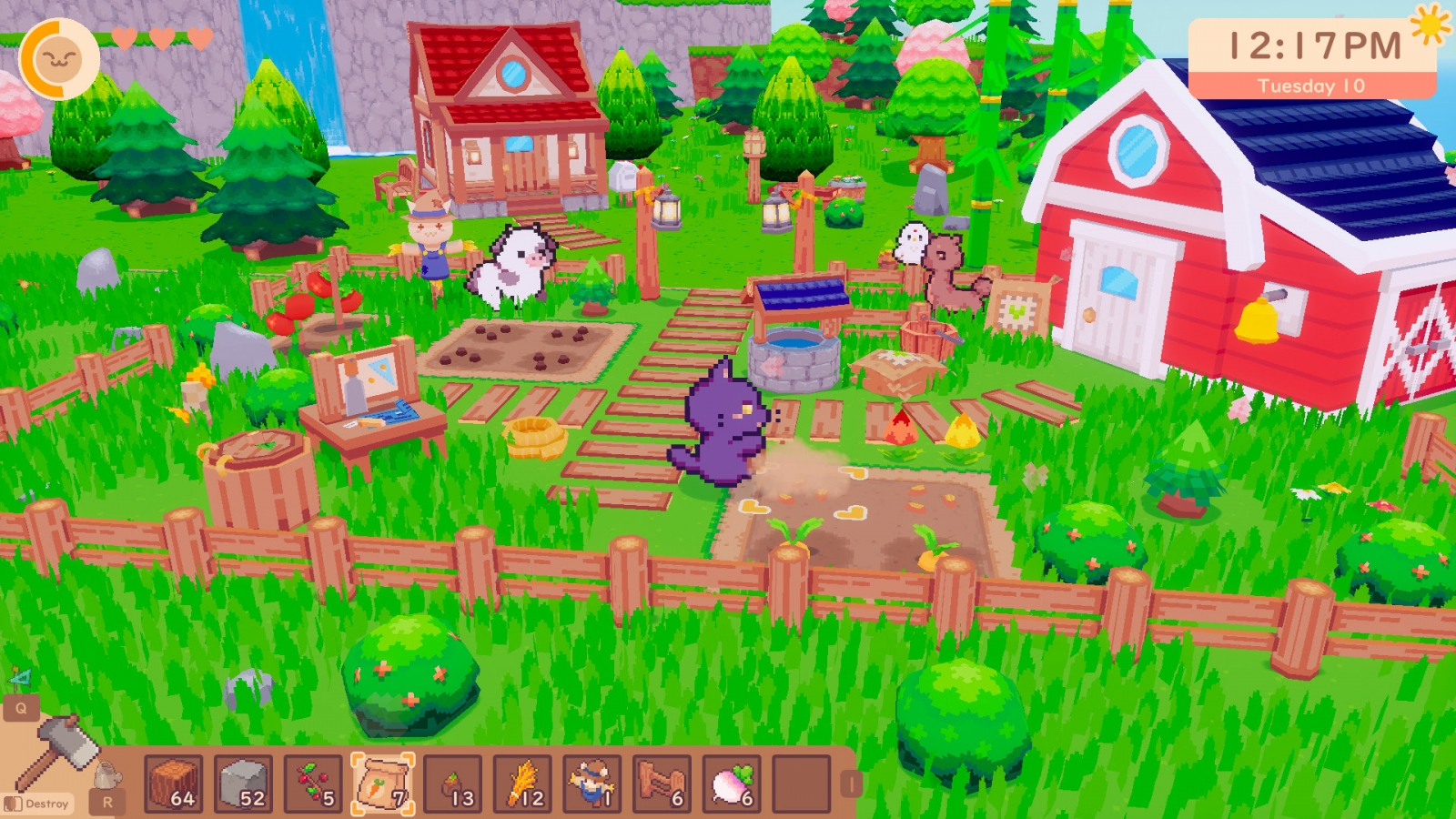 Showcased in a brand new trailer as part of this year’s Wholesome Direct, Snacko gives players the chance to discover an abandoned island under an ancient curse, and work to bring back life to the land, as well as a community to call their own.

Players will explore and revitalize a cursed island as Momo, a former big city kitty who strikes out with her childhood best friend in hopes of finding something more fulfilling than a 9-5 office job. With the help of the island’s caretaker, you’ll farm, fish, and build as you please in your efforts to turn the ruined village into a thriving new home filled with new friends and family. 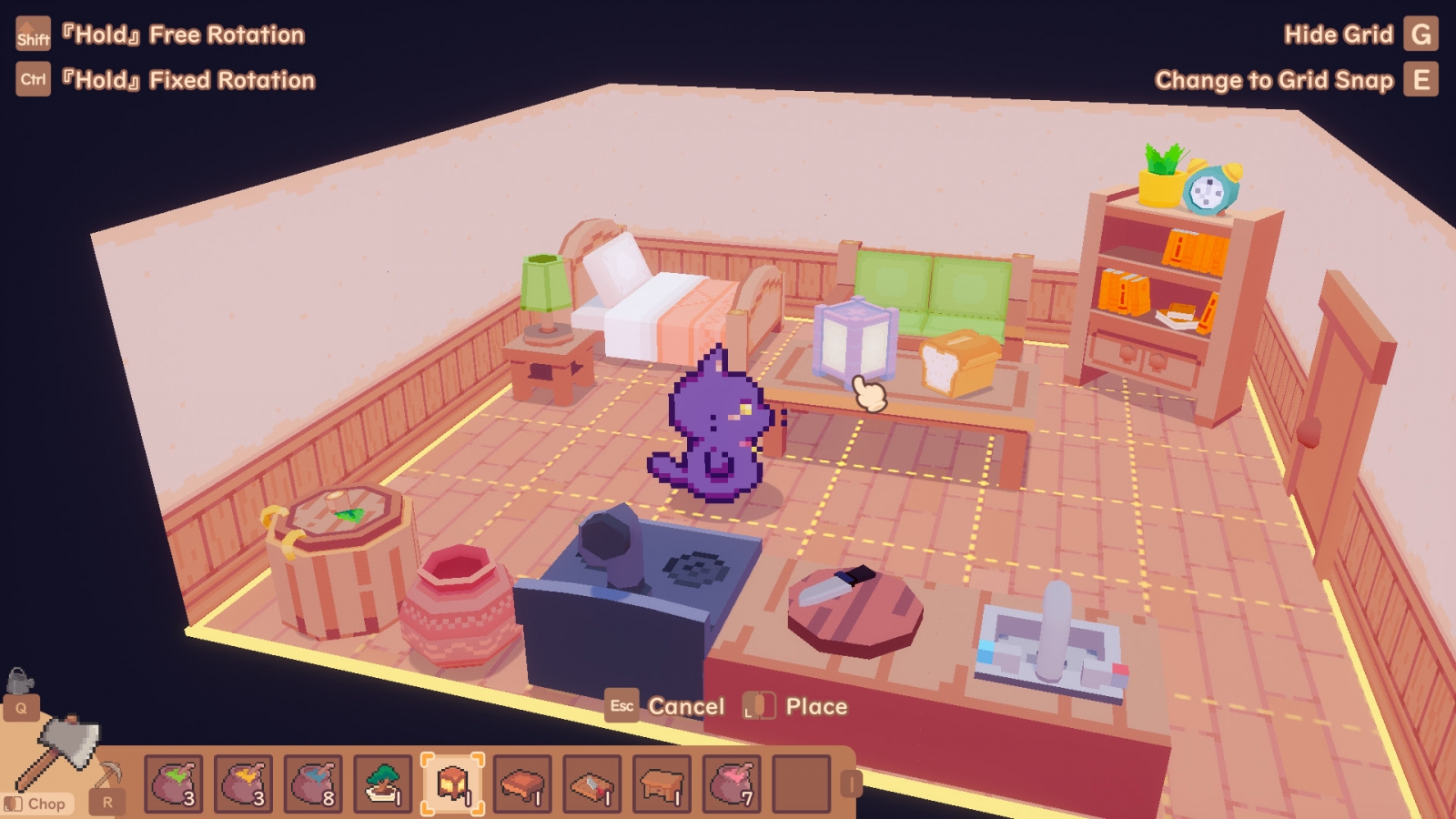 But what about that curse? Find out the cause behind the mysterious miasma and monsters lurking on the island’s farthest reaches. From snowy peaks to a sweltering desert, you’ll need to seek out the island’s shrines to an ancient goddess if you want to truly rebuild the island. But whether you choose to delve into Snacko’s history or just spend your days exploring, one thing’s for sure… there’s a lot more to this island life than Momo and Mikan could have imagined.

Snacko seeks to draw inspiration from classics like Rune Factory, Story of Seasons and The Legend of Zelda series, and build on these beloved experiences, taking players on an unforgettable farming catventure. 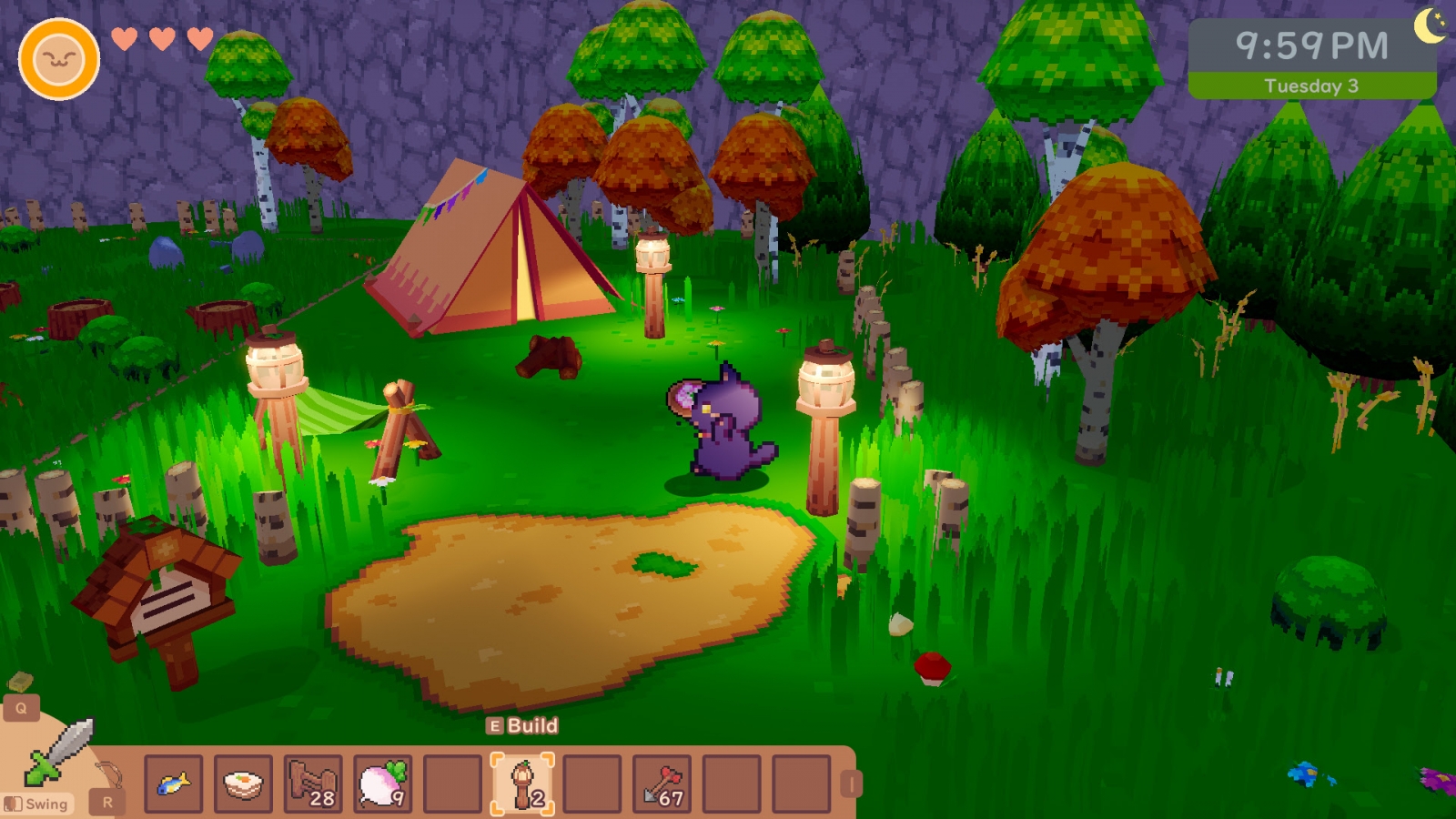 Development of Snacko was funded last year thanks to generous backers of a Kickstarter campaign launched by husband and wife development duo Bluecurse Studios. Since then, a passionate community has surrounded the game who have provided valuable feedback and enthusiastic support throughout the development process.

Erisa Liu, artist / community manager and one half of Bluecurse Studios said “We’re so excited to bring Snacko to the Nintendo Switch! We’re extremely grateful for all the support we’ve been given. We’ll continue working hard, please look forward to it!”

Snacko will launch on Nintendo Switch and PC in 2022. It is currently available to wishlist on Steam.