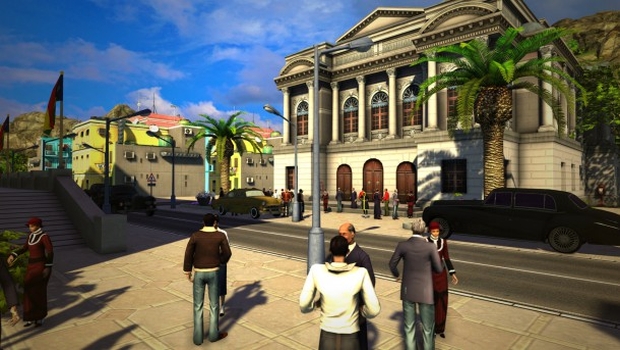 And in the completely ridiculous news category, we have news on Tropico 5 that the country of Thailand’s Board of Film and Video Censors have decided that Kalypso’s despotic simulator has been judged a threat to public peace and order. Let’s hear what the team had to say:

They stated that “some contents of the game are not appropriate for the current situation,” but did not pinpoint the exact content which caused concern. After consideration, New Era has decided not to appeal the decision.

“We are disappointed to hear that Tropico 5 will not be released in Thailand,” commented Simon Hellwig, Global Managing Director Kalypso Media Group. “Tropico 3 and 4 both enjoyed successful releases in the country and although the Tropico brand does have a realistic political element to it, the scenarios and content are all delivered with a certain trademark tongue in cheek humor.”

Stefan Marcinek, Global Managing Director, Kalypso Media Group added “Our distributor has been working hard to gain approval for the release, but it seems that the Board of Film and Video Censors deem some of the content too controversial for their consumers. This does sound like it could have come from one of El Presidente’s own edicts from the game.”

Kalypso Media did release a DLC pack titled ‘Junta’ for Tropico 4 in 2011 which challenges players to turn the island into a militaristic society, something Thailand experienced in May this year when a real-life coups d’état saw the elected government ousted by a military takeover.

So essentially Thailand reached out the Kalypso and said “Hey, quit it with the life imitating art thing!” Having played Tropico 5 for myself, I can honestly say that it’s their loss – this game is all kinds of fun.