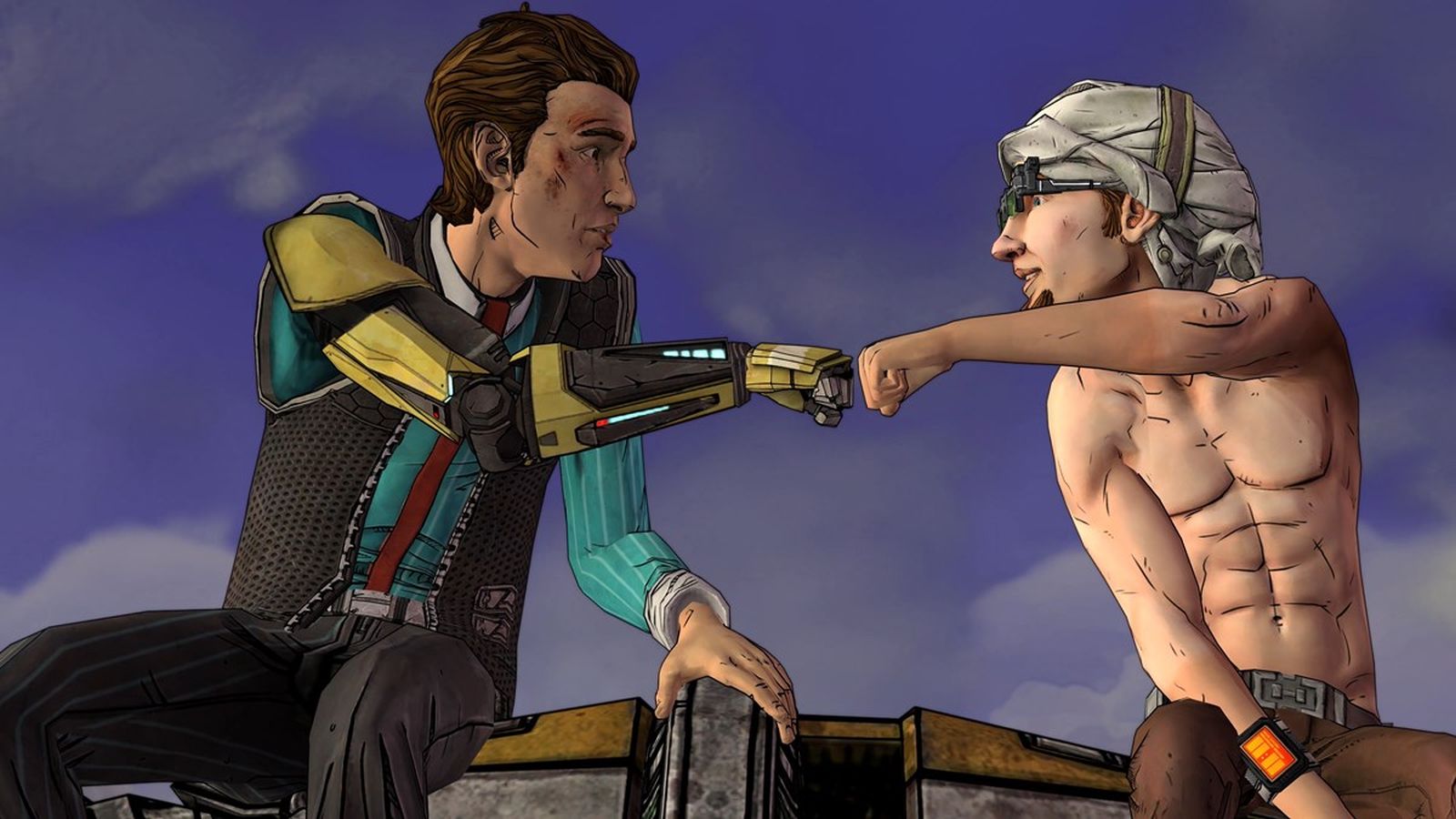 In case you missed yesterday’s Nintendo Direct, 2K and Nintendo are teaming up to bring Tales from the Borderlands, the award-winning game from Telltale, to the Nintendo Switch!  On March 24th you’ll be able to nab all five episodes as a single download.  Let’s get into the details:

Originally released as a series of five episodes between November 2014 and October 2015, Tales from the Borderlands is a choice-driven narrative adventure game that takes place between the events of Borderlands 2 and Borderlands 3. Experience this beloved story from the perspectives of two protagonists, thrown together in an unlikely partnership as they try to recover a mountain of money that each believes is theirs.

Fiona is a full-time con-artist who has been scheming to make a fortune selling a fake Vault Key. Rhys—who you might know from Borderlands 3 as the Atlas Corporation CEO—is an ambitious Hyperion employee who idolizes the recently deceased Handsome Jack and is in the market for a Vault Key.

The deal they strike goes bad in ways that could only happen in the Borderlands, wreaking all kinds of mayhem. How the rest of the story plays out is up to you, as you make choices during explosive action scenes and conversations with familiar characters like Moxxi, Zer0, Marcus, and Claptrap.

Tales from the Borderlands is a crucial chapter in Borderlands canon, so if you haven’t yet experienced its chaotic, emotional journey, now’s the perfect time. This re-release includes all five of the original episodes in one package:

How about another surprise?  Cross-generational save files are a thing!  Within the same console family you’ll be able to transfer your save on the PlayStation and Xbox consoles.  You’ll also find that the all of the 2K games catalog are on sale currently, so don’t miss your chance to pick up one of the best adventures Telltale made.

And in case you missed it, Tales from the Borderlands has already returned to multiple digital storefronts! The re-release version, which consolidates all five original episodes into a single package, is now available on Xbox One, PlayStation 4, and PC via Steam and the Epic Games Store. You can also play the game on your Xbox Series X|S or PlayStation 5 via backwards compatibility.

I’m off to harvest more vault keys, but stay tuned for more on Tales from the Borderlands, Borderlands 3, and hopefully some fresh new Bioshock news right here at GamingTrend.com