Today, French developer Tactical Adventures announced that it is currently developing its newest tactical RPG Solasta: Crown of the Maigster on PC via Steam. The game will allow player to utilize the environment to their adventure, and the developers have announced a Kickstarter campaign in the near future.

Solasta: Crown of the Magister embraces the ruleset of the world’s greatest role-playing game where a player’s choice dynamically changes the adventure. The journey begins with creating a team of four explorers, selecting their race, class, background story, rolling for abilities and personal stats. Players will journey through the mystical realms of Solasta, unraveling a story that spans multiple worlds.

The dynamic and mysterious world of Solasta features brand new elements of verticality, allowing players to use their surroundings as an element of strategy. Position ranged characters on high vantage points or send your thief down into shafts and caverns to scope out what’s ahead. Utilize light as a tool to explore the depths and hollows of dungeons or use it as a weapon against the creatures of the dark. Solasta is a unique team-based adventure where each character plays a critical role in the campaign and can be a hero. Players must take advantage of each character’s strengths and weaknesses if they are to succeed. 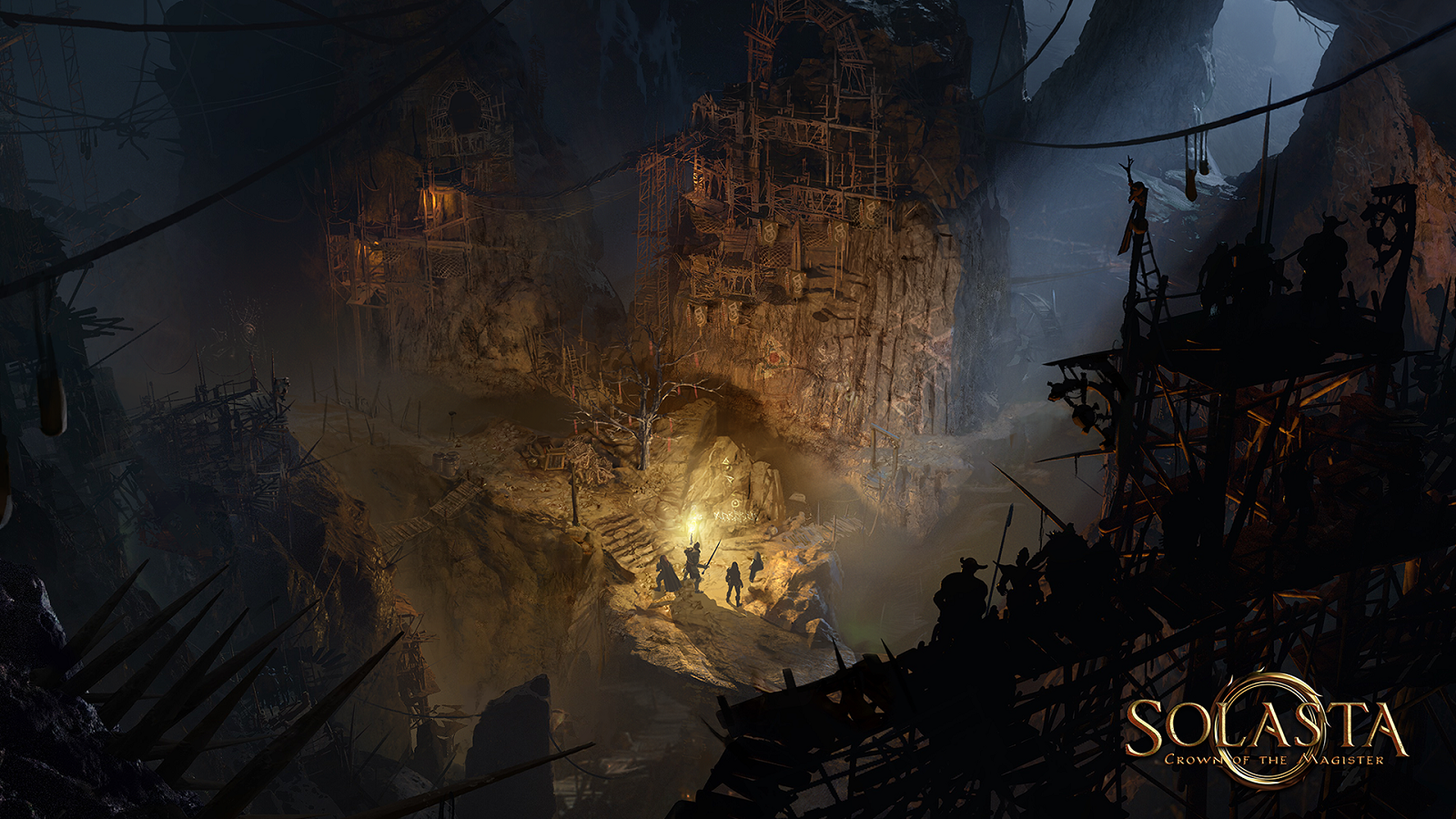 Players will have the opportunity to get in on the adventure before it even starts when Tactical Adventures launches its Kickstarter campaign at the end of summer. Players will be able to back Solasta: Crown of the Magister on Kickstarter and link arms with the developers, joining the Solasta community and being rewarded for doing so!

“Tactical Adventures is a small team comprised of Tabletop gamers, many of whom have been playing pen and paper games as well as D&D videogames for over 30 years,” says Mathieu Girard, founder of Tactical Adventures and Creative Director of the game. “We have always dreamed of creating our own game, so we set out to create Solasta, taking the best elements of our favorite games and enhancing and building upon them. Additionally, we have added new features such as light, verticality, team-based adventure, dice rolls, etc. We are using the actual rulesets from Tabletop games to finally bridge the gap between Pen and Paper and videogames.”