Next month, the tabletop wargame set in Tamriel, Elder Scrolls: Call to Arms, will receive a special Dragonborn Triumphant miniature well ahead of the game’s official launch. The first 1000 pre-orders of the miniature will be released June 15th with subsequent orders being shipped July and August.

The Elder Scrolls: Call to Arms builds on the core mechanics of Modiphius’ Fallout: Wasteland Warfare game system, but has been rewritten and reworked by designer Mark Latham (The Walking Dead: All Out War, The Harry Potter Miniatures Adventure Game, Editor White Dwarf Magazine) to suit the world and inhabitants of The Elder Scrolls franchise.

As well as controlling their troops, players will also need to manage the stamina and Magicka resources their models bring to the table, all the while watching out for hostile AI driven enemies and narrative events that can change the flow of battle. Players can play against each other or team up (or play solo) to take on all manner of creatures and adversaries driven by Modiphius’ advanced AI system. 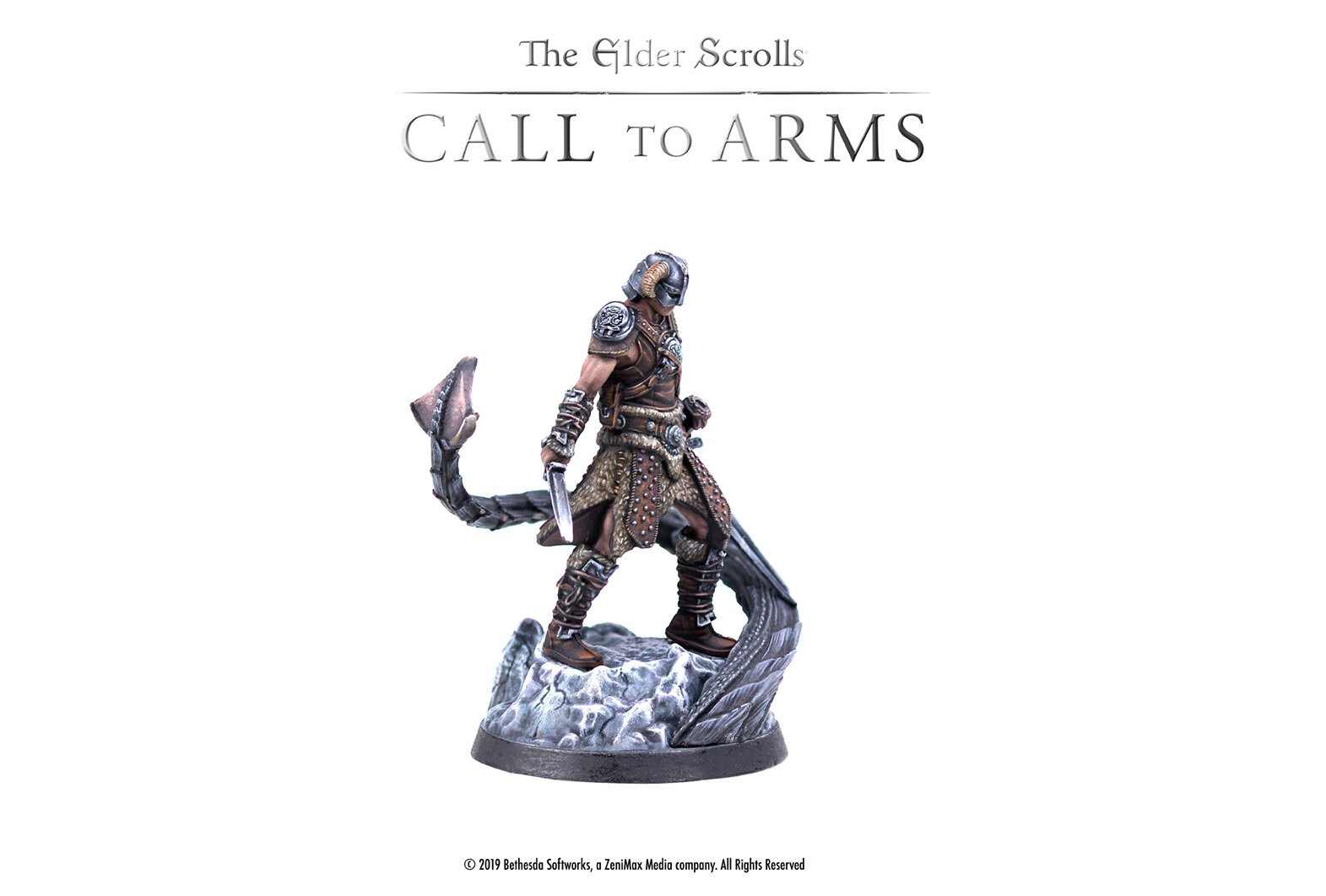 Elder Scrolls: Call to Arms can be played solo or with a group fighting against wide variety of familiar enemies. The first wave will be released as a two-player starter set. While the miniature is being released in June, the game itself will be released in time for the 2019 holiday season. For more information, visit the official website.