Super Rare Games has announced a new spin off label called Super Rare Shorts. Super Rare Shorts will specialize in physical only game releases that come with the complete game on a cart, a full-color manual, sticker, and outer collector’s box. No Super Rare Short game will be available on the Nintendo Switch E-Shop. The first release under the Super Rare Shorts label will be Heaven’s Machine, a fast-paced rougelite. Check out the trailer above and read below for more info:

This chaotic, fast-paced roguelite from Glass Revolver, creator of ITTA and House of God, will be available as a physical-only Nintendo Switch release, with open preorders lasting from November 11th (6pm GMT) to December 22nd – available worldwide exclusively atsuperraregames.com.

Super Rare Shorts physical releases are completely original games and all come with the complete game on cart, a full-colour manual, sticker, and outer collector’s box. They will not release digitally on the eShop, making these true one-of-a-kind collectibles. 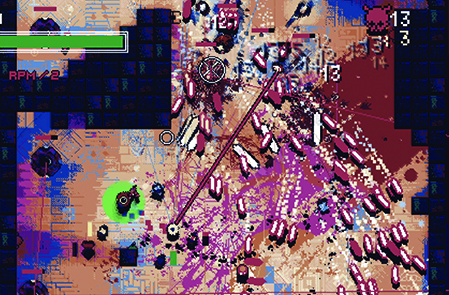 About Heaven’s Machine
Heaven’s Machine is a chaotic, fast-paced roguelite set on a cosmic train racing towards heaven. Jack wakes up to find themselves at the end of this metal tomb, with no other choice than to pick up a gun, pull the trigger, and run headlong towards the conductor to save their dead loved one.

As Jack, players will travel through a randomly-generated train, grabbing dozens of the 50+ unique items, blasting hundreds of enemies, and battling bizarre monsters. For an extra challenge, battle the demiurge in the unlockable Night Train mode which randomizes all train cars, enemies, bosses, and shops! 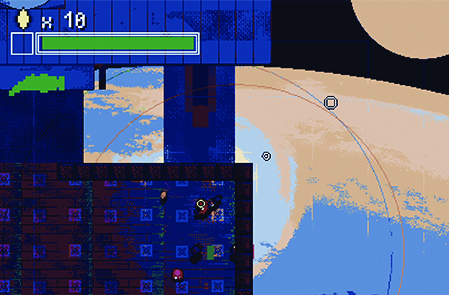 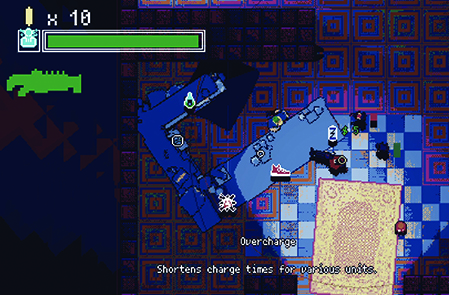 About Super Rare Shorts
After a year of hard work, we’re ecstatic to finally be getting Heaven’s Machine in fans’ hands. As the first release in our brand new Super Rare Shorts label, this represents a big new step for Super Rare Games in our quest to be indie’s best friend.

Super Rare Shorts are completely original titles that we have fully funded development of, releasing physically-only on the Nintendo Switch – never to release digitally on consoles.

Our goal with Shorts is to boost indie developers, helping bring to life ideas that would usually be considered too small-scope by publishers. With massive visibility issues for digital indie games and even small publishers increasingly signing larger-scope indie titles, we hope to showcase awesome games from up-and-coming and veteran indie developers that would otherwise have never seen the light of day.

In funding these projects, Super Rare hopes not only that they’ll reach a passionate audience of indie game fans, but that more money can be generated for indie developers to fund their next projects – sometimes achieving more visibility, sales, and a higher level of profit than their previous releases, or helping them break into the industry entirely.

Heaven’s Machine itself is adapted and vastly expanded from Glass Revolver’s previous game, House of God, which would not have been possible without Shorts as the game struggled to find visibility digitally on Steam.

FAQ:
When will it ship?
Fans won’t be waiting 6-12 months to play Heaven’s Machine – in fact, the first batch is already in hand!

These will be distributed on a first come, first serve basis. Some have also been set aside for our triple game bundle (available now), which comes with Mundaun and our unannounced 61st Super Rare Games physical release. We can’t guarantee delivery before Christmas because, y’know, Christmas.

How many copies are actually available?
We will print as many copies as there are orders! We will be placing this order after the preorder window closes on December 22nd. Copies are not individually numbered, so with the exception of getting faster delivery for preordering sooner, all orders are identical. With these unlimited unit numbers, this shouldn’t be a very exciting prospect for scalpers – we want everyone who wants one to be able to get one.

Will this game be preserved?
Yes! Preservation is the backbone of what we’re all about and we wouldn’t want to lock this gem away from people who come across it after preorders close. All Shorts titles will be released on itch.io roughly six months later. This developer-focused PC storefront will assure the games are digitally preserved and accessible to anyone that wants to play them if they’ve missed the physical edition, with the assurance you can own it forever thanks to the storefront’s DRM-free policies.

This can also give developers a shot at seeing if their game has a digital audience after the physical version has gained some attention. To be transparent, we don’t retain IP rights over any Shorts game we fund, so developers are welcome to make sequels, spin-offs, or use identical ideas for new games with whoever they want, whenever they want. We’ll also be working with our usual museum, archivist, and preservation contacts to make sure Shorts are preserved properly. Put simply – these games are not going to disappear and will be better archived than almost any modern game.

Will the itchio version be different?
Nope! There will always be parity between the physical Switch version and the later itchio version. Shorts will come content complete and there will never be updates to the game. Your physical version will never become inferior. After all, the idea is that developers can create a game in a few months and move on to their next project. Our own internal QA has extensively tested this for 6 months, but if they happen to miss any signficant bugs, the developer can still patch these. The idea is that they’ll very much be complete on cart, though.

Are there any extras or exclusives to worry about?
There’ll only be one listing on our store for each Shorts release – no Collector’s Editions, trading cards, or any other things to worry about, it’ll just be the one version of the game. Shorts begins a new Switch collection, with the spine reflecting this being #1 in the Shorts line-up. We’re only planning on releasing a few Shorts a year at most – we know nobody’s pockets are infinite and we don’t plan on overwhelming anyone.

Stay tuned to Gaming Trend for more info on Heaven’s Machine and for all your gaming, tech, and entertainment news!