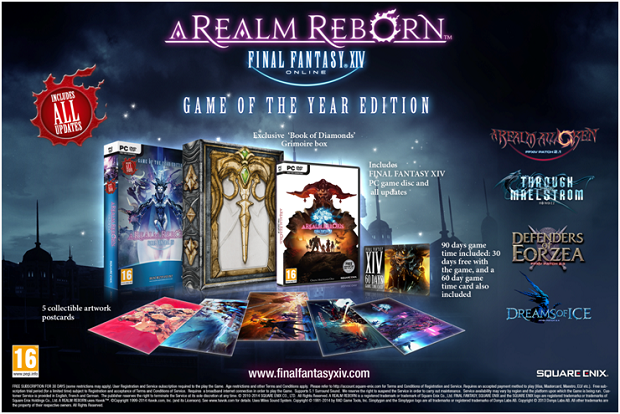 Square-Enix has revealed that it will be releasing a Game of the Year Edition of Final Fantasy XIV: A Realm Reborn.

The re-release will come with all of the game’s updates as of its November 14th release date, along with a “Book of Diamonds” grimoire box, 90 days of subscription-free play time and five pieces of art postcards.

There’s currently no news as to whether or not the Game of the Year edition will come to PlayStation 4 like the original game.

After a poor initial launch in 2010, Final Fantasy XIV was re-released as A Realm Reborn last year. The game has been a huge success for Square-Enix since being relaunched. For more on A Realm Reborn, check out Gaming Trend’s review.