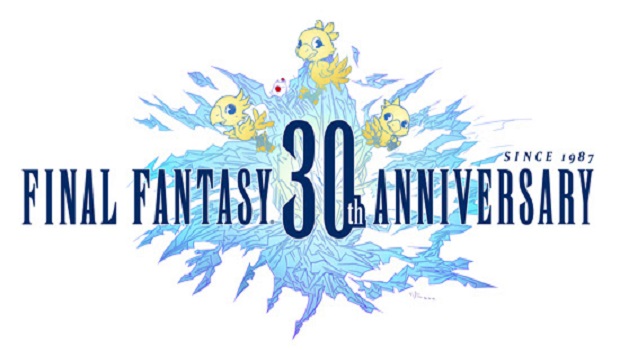 Today, Square-Enix kicked off its celebration to commemorate the Final Fantasy franchise’s 30th anniversary with news about the upcoming Final Fantasy VII Remake, Final Fantasy XII: The Zodiac Age, as well new content for Mobius Final Fantasy and Final Fantasy XV. Additionally, the company released a website where fans can use the hashtag #FF30th to share their experiences and catch up on additional news.

Originally released in 2006, Final Fantasy XII will be getting a remastered version in the form of Final Fantasy XII: The Zodiac Age, which will be out on July 11 exclusively for the PlayStation 4. The game will feature high-definition graphics as well as the Zodiac Job System, a 12-job character progression system which was first introduced in a Japan-only release. In addition, the game will also have a remastered soundtrack, an auto-save feature, a new trial mode, and more.

Lastly, Square-Enix detailed upcoming DLC for Final Fantasy XV in the coming months. The Final Fantasy XV Booster Pack will come in both free (for all players) and + (for season pass holders) versions, and will be available on February 21. This pack will include powerful items such as the magitek exosuit that will give players an advantage during battles. Additionally, Final Fantasy XV: Episode Gladio will be available on March 28, which will focus on Gladio’s perspective. Fan-favorite character Gilgamesh will also be making an appearance in this episode. Final Fantasy XV is available now on PlayStation 4 and Xbox One, and you catch up on our review here.

Stay tuned to Gaming Trend for more Final Fantasy news, and leave a comment below if you have a great #FF30th experience you want to share!