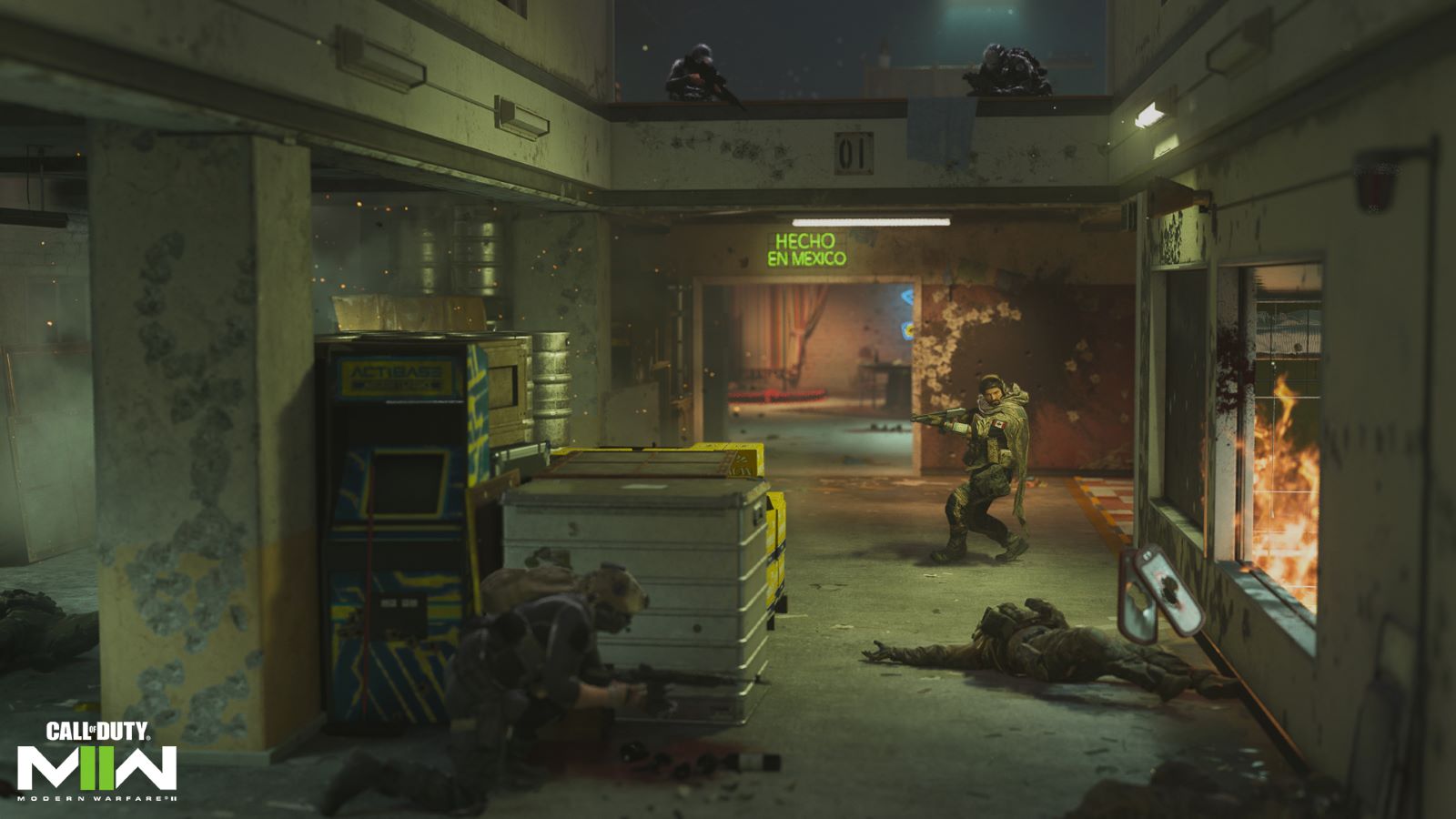 Call of Duty: Modern Warfare II and Warzone 2.0 Season 01 Reloaded are now live for all players. A free limited-time event will run from December 15 through December 19 for players wanting to try out Modern Warfare II’s Multiplayer. During the event players who haven’t purchased the game can play 2 core maps (Farm 18 and El Aliso) and the revamped Shipment. You can check out the blog post below for more details: 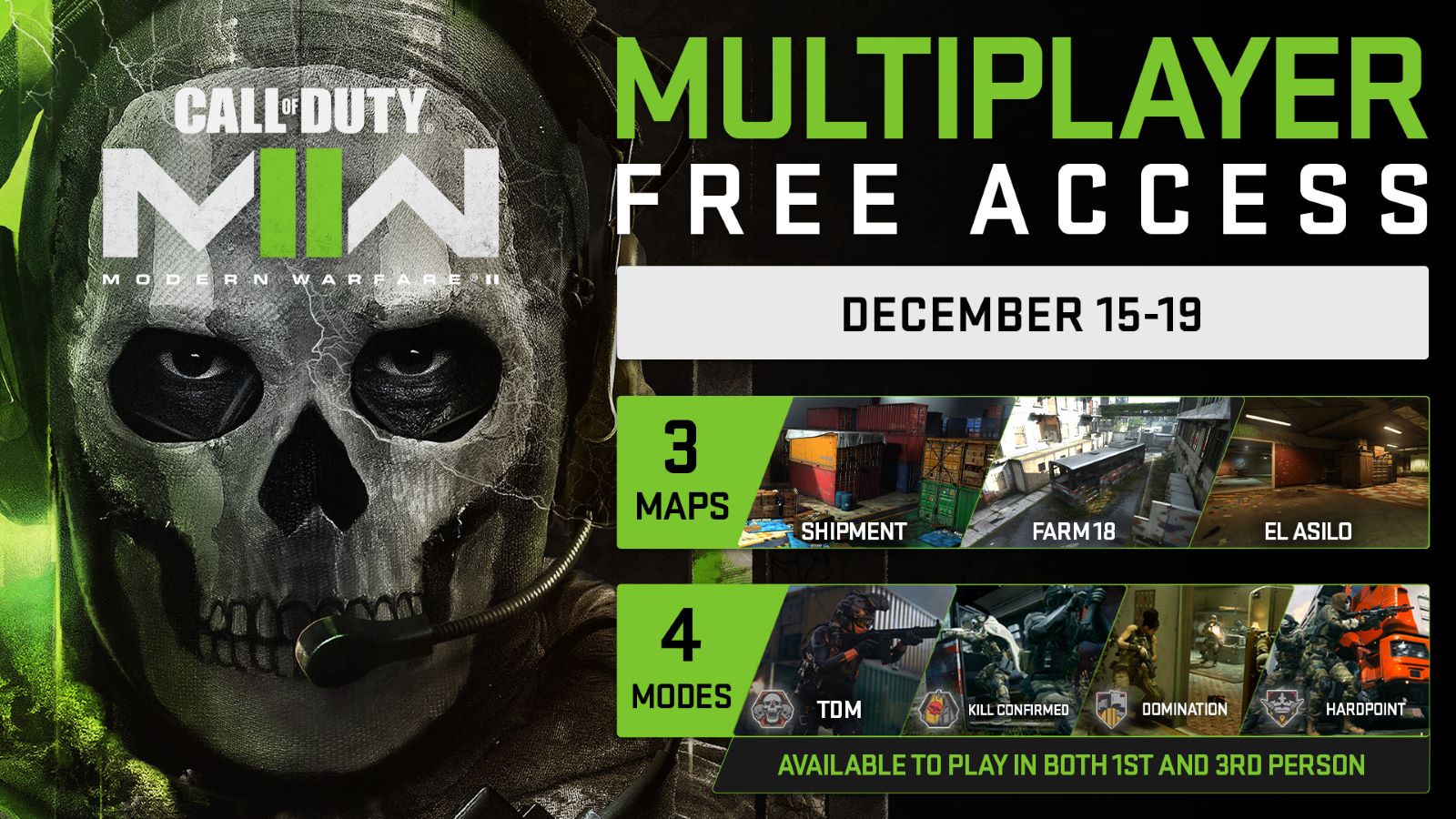 Following the launch of Season 01 Reloaded on December 14, the Multiplayer Free Access period invites everyone to try a limited portion of the Multiplayer experience from December 15 through December 19 at 10 AM PT. Deploy to Farm 18, El Asilo, and the latest map courtesy of Season 01 Reloaded: Shipment. Compete in Team Deathmatch, Hardpoint, Domination, and Kill Confirmed, including the Third-Person variants of each. 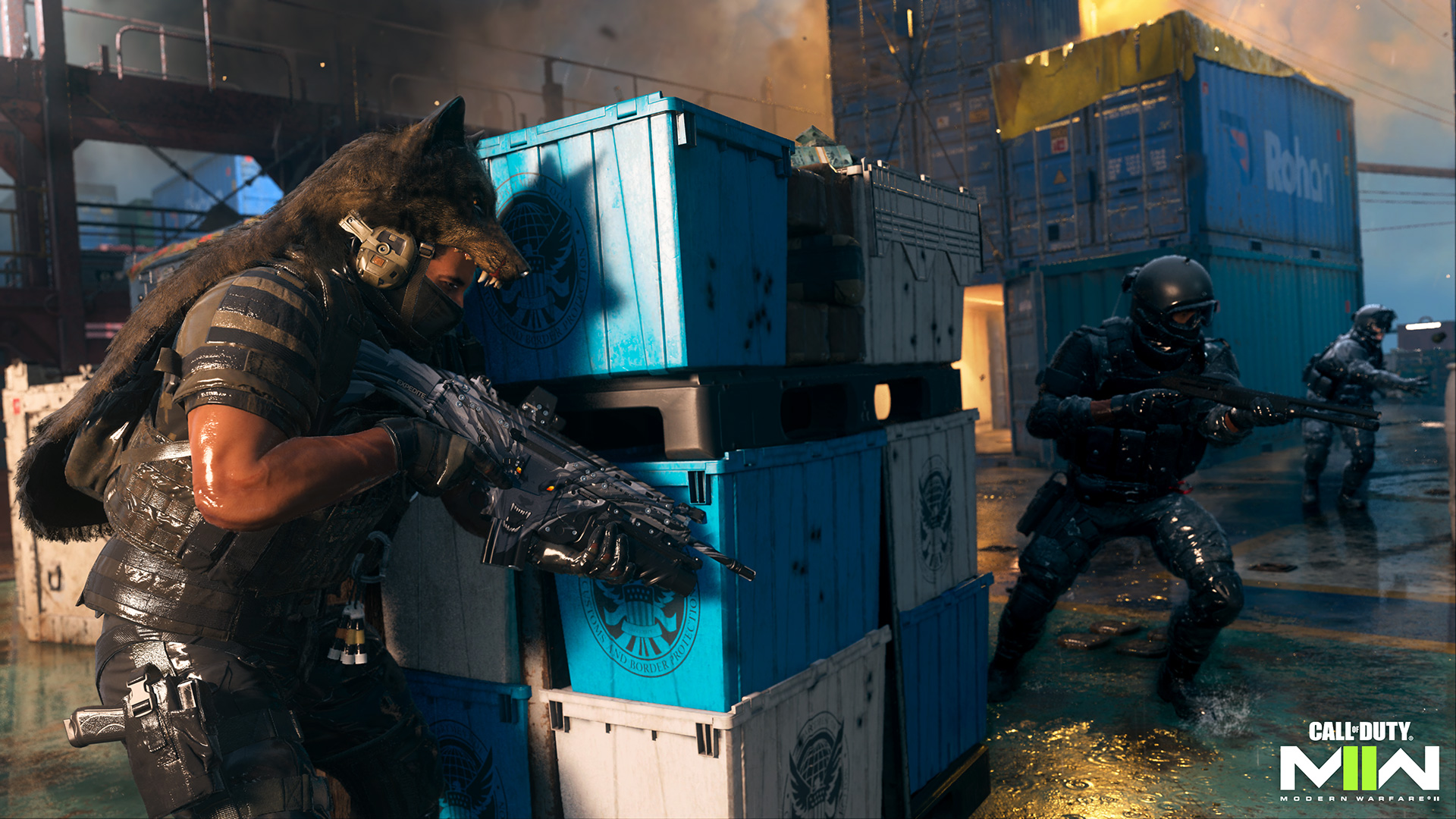 Prepare for a nautical Shipment experience as the classic Multiplayer map is moved from land to a cargo ship navigating treacherous international waters. Along with the map’s visual makeover, you’ll encounter a more grounded combat experience, as this iteration features fewer mantling and vantage points.

Pack your Drill Charges to blast enemy-occupied containers and toss down your Trophy System to neutralize incoming grenades. Most of all, stay on the move and don’t let up on the attack. Visit our in-depth Shipment Multiplayer guide, which details the map and offers tips and tactics for dominating on this reimagining of a fan-favorite classic. 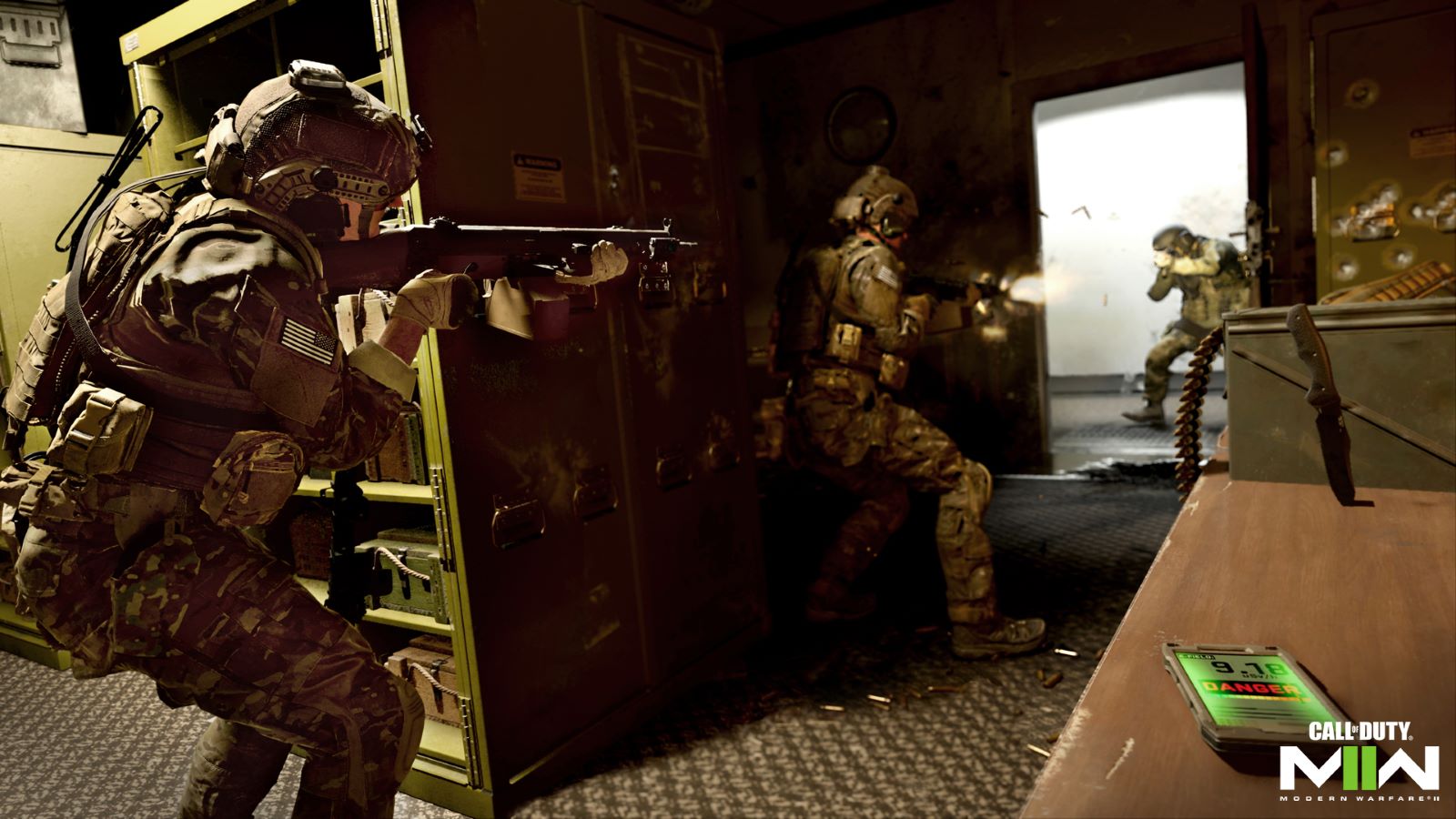 Get a fresh perspective in Modern Warfare® II’s new Third-Person Playlists. In this variant, the camera is set back over the shoulder of your Operator, giving a greater view of your overall surroundings and providing a unique play experience compared to the traditional first-person view. During the Free Access trial, players can drop into Third-Person versions of Team Deathmatch, Hardpoint, Domination, and Kill Confirmed.

Deploy to two of Modern Warfare II’s core launch maps with Farm 18 and El Asilo. These medium-sized maps challenge players with arenas that are each focused around a large central building — a hidden training facility in Farm 18 and an asylum in El Asilo. Use new maneuvers like the Ledge Hang to get the jump on unsuspecting enemies and get a feel for the brand-new Perk Package system that unlocks additional Perks throughout the match.

Modern Warfare II Multiplayer Free Access begins on December 15 and ends on December 19 at 10 AM PT. An additional download is required to play. See your platform for details on file size.