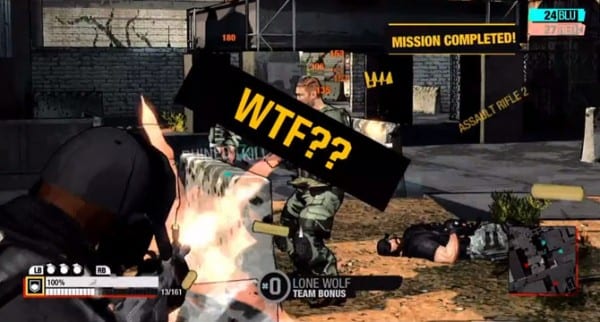 Microprose (formerly known as Interactive Games Group) announced its new title today, a 3rd person team-based shooter called Special Forces: Team X.  The game promises to innovate the genre with the addition of the “Dynamic Battlefield” system, about which Microprose had this to say:

Those other features include an advanced and intuitive cover system designed to allow players freedom of movement, exclusively licensed weapons from the real world like the Famas and Colt, asymmetrical gameplay allowing up to four teams in five different game types, and the ability to hire computer-controlled mercenaries that watch your back in battle or hunt down the enemy.

Special Forces: Team X takes place in a future infested with geo-political conflicts. In this world, the methods of conventional warfare have ceased to exist, and diplomacy is a laughable affront to national objectives. Clandestine military power is the only way to achieve an agenda, and it is into the role of an elite Special Forces soldier that the player must step.

Special Forces: Team X is under development for PC and console download by Zombie Studios, and will be distributed by Atari sometimes this Fall.