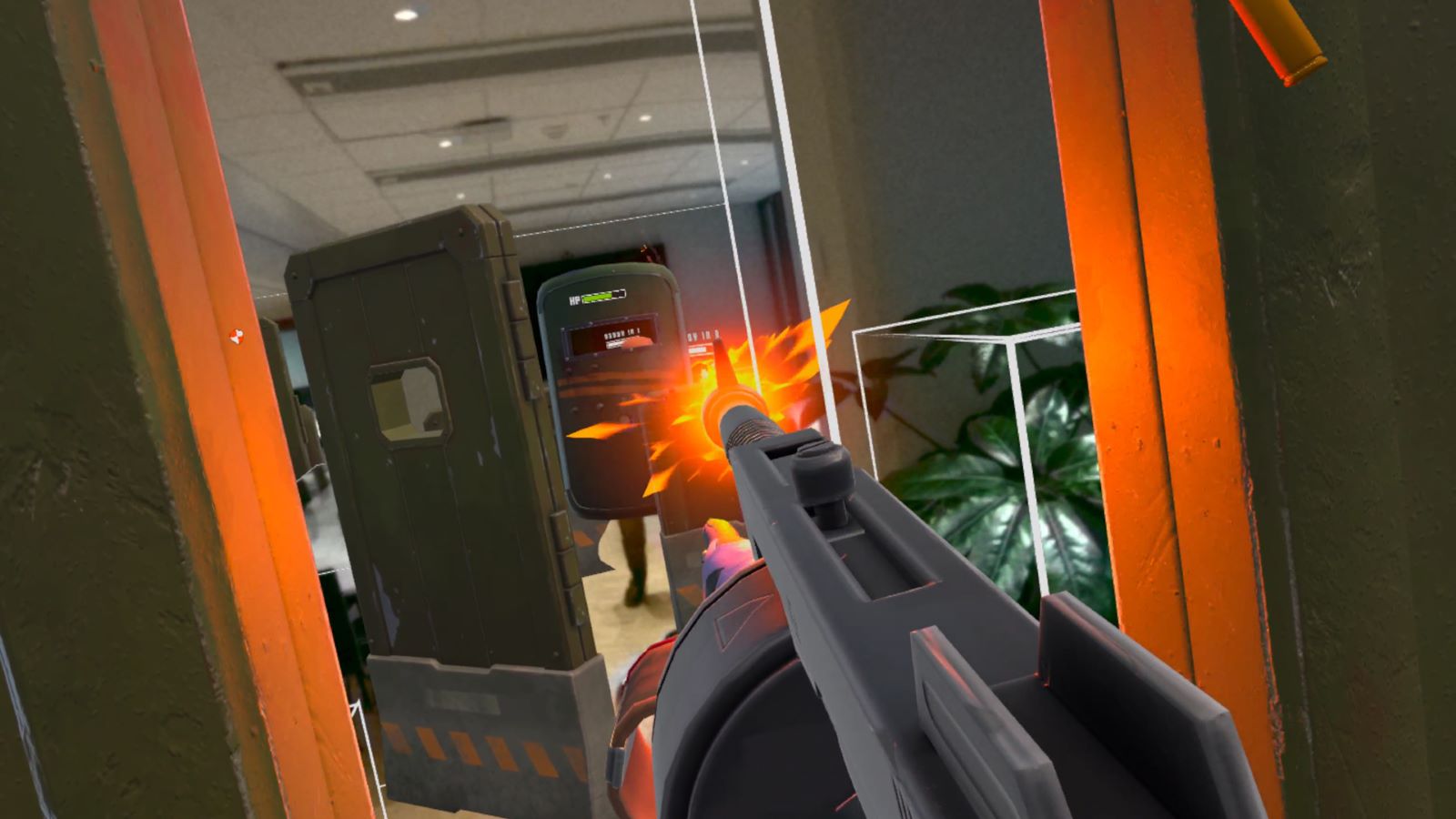 We’ve got your recap of everything announced at the Resolution Games Showcase. This was the first exclusively VR/AR showcase held by a game studio. Hopefully, this opens the way for more to have their respective showcase. We’ve rounded up all the info with links below:

Among the various news highlights, trailers, and more, perhaps paramount was the announcement that the highly anticipated first competitive FPS in mixed reality, ‘Spatial Ops’, is available now as a free download here in open beta on SideQuest.

Tommy Palm, Resolution Games’ CEO and founder commented, “After seeing the reaction that Spatial Ops received when we teased it in October, we didn’t want to wait a moment longer to get it into players hands — which is why we’ve decided to open up our in-development project to the world in open beta.”

Supporting 1-8 players and utilizing Passthrough technology, players can turn any real-world space into an urban battlefield and dominate their friends in pulse-pounding FPS action. Players will map their world to create custom play spaces that combine physical and digital objects — and then engage in combat on those maps with their friends. From revolvers and riot shields to rocket-propelled grenades, Spatial Ops has no shortage of armaments to spawn from its virtual weapons locker as it challenges players to take cover behind objects both real and digital to dodge oncoming fire and deliver suppressing shots of their own in Team Deathmatch, Domination, Capture the Flag or Free-for-All gameplay. Meta Quest 2 or Meta Quest Pro headset required.

Racket Club World Premiere (MORE INFO COMING 2023)
A new game in the works from Resolution Games, Racket Club’s first-ever trailer reveals a title that  will embrace the multiplayer ethos that the company was founded on. Racket Club reinvents the idea of pickup sports by connecting players from all over the world to have fun together in an all-new sport designed from the ground-up for VR play. Stay tuned as more details about Racket Club step onto the court in 2023.

Demeo Battles (COMING 2023)
More details about the long-awaited PvP version of Demeo have been revealed, along with never-before-seen gameplay footage! The darkness of Demeo’s dungeons has always felt more bearable with the light of friends — but what happens when friends become enemies? Demeo Battles is poised to turn the tables on everyone’s favorite digital tabletop strategy game when it arrives in 2023,  bringing PvP battles that will team up players with the very monsters that once hunted them as they battle other players in turn-based tactical combat.

Demeo: Reign of Madness Update (AVAILABLE NOW FOR VR & PC)
Today, the fifth and final chapter in the Mad Elven King Saga, Reign of Madness (trailer) is live and invites Demeo players to the town of Ends where they have a chance to close the Rift Bridge and stop Rackarn once and for all. Available now as a free update for Demeo owners on the Quest Store and Steam (Pico release to follow shortly), adventurers will be joined by the all-new playable character Uhrak the Barbarian, who relies on his trusty Hook of Varga to keep friends close and enemies closer.  As with previous adventures, this one comes with new enemies, levels and cards, but it also includes a very special addition: a new orchestral arrangement of the Demeo title score and all-new music for the Reign of Madness adventure performed by the Czech National Symphony Orchestra. With the first saga coming to a close in this final chapter, Demeo’s price will increase to $39.99 USD across all platforms beginning January 12 to better reflect the breadth of the game which includes the addition of four complete adventures, three new playable characters, and numerous other enhancements since the game’s early 2021 launch.

Demeo: PC Edition Leaves Early Access, Comes to Steam Deck + Epic Games Store (AVAILABLE NOW)
Fans of Demeo’s desktop adventures will see their experiences enhanced with several player-requested additions today as Demeo: PC Edition comes out of Early Access on Steam and also debuts on the Epic Games Store. Players can now take advantage of controller support and full Steam Deck optimization so they can enjoy Demeo in more ways than ever before.

Bait! Fishin’ Buddies Update (AVAILABLE NOW – Quest)
Anglers know a thing or two about patience — and for Bait! fans, that patience is about to be well-rewarded! The first major content update to the game since 2016, Fishin’ Buddies [TRAILER] is available now on the Quest Store and brings multiplayer to the core Bait! Experience on Meta Quest 2 for the very first time. Up to four players can visit Penguin Point together to cast their lines for casual fun or competitive tournaments, while up to 12 players can hang out at Casters’ Cove — Resolution Games’ third Tinyverse, the studio’s solution to a more personalized metaverse —  and engage in a variety of social activities like RC boat races, skipping stones along the beach, paddling around in inflatable floaties and so much more. Bait! is available as a free download.

Blaston Free-to-Play Update (AVAILABLE NOW FREE- Quest, SteamVR; COMING SOON – Pico)
What’s better than breaking a sweat as you duck, dodge, and fire in everyone’s favorite cyberpunk dueling game?  Getting to play it for free! Starting today, the award-winning 1v1 shooter, Blaston, is available as a free download on the Quest Store, Steam VR — and starting in 2023, Blaston will be coming to Pico Neo3 Link and Pico 4. In addition to Blaston’s shift to free-to-play, today’s update brings a number of additions and upgrades including new weapon attachments and skins, a revamped in-game store, improved Passthrough on Quest 2, and all-new full-color Passthrough on Meta Quest Pro. Players who purchased the game prior to December 15 will receive a reward to thank them for their early contributions to the game: a Golden Gratitude Pack (a $50+ value) containing Golden Gratitude Clamos and Golden Gratitude Viper (exclusive skins not obtainable any other way) and 1,160 Blasts that can be used in Blaston’s in-game shop.

Ultimechs Season 2 (AVAILABLE NOW – Quest, Pico, SteamVR)
The competition is heating up with the second season of Ultimechs, available starting today. Season 2 sees the addition of an all-new Arcade Mode where gloves return faster, cooldowns are shorter, and Supercharges are more plentiful than ever. Players can also put their XP towards a brand new UltiPass featuring 75 new items available to unlock, including GauntJet Trails: an all-new customization option that zooms behind your rocket fists every time they’re fired. Ultimechs is available as a free download on the Quest Store, Pico, and SteamVR.