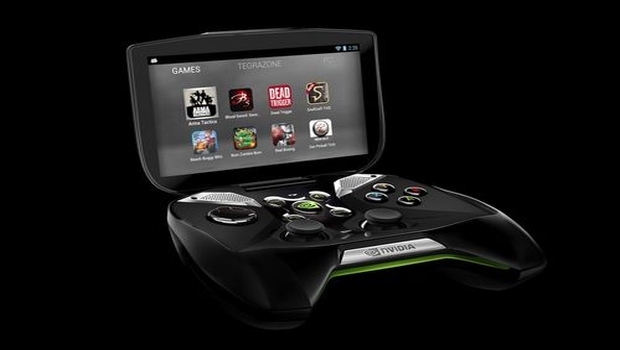 Team NVIDIA has announced that Project SHIELD is no longer just a project and now you can pre-order the thing for your own very shortly.  The open platform device holds a lot of promise, not the least of which being its ability to stream games remotely.   The hardware specs are finalized and we’ve got them below – check it out:

The unit also spells a ramp up for NVIDIA’s own TegraZone games, with the system shipping along side five new titles, two of which from uber-dev Double Fine Productions.

The system ships right next month for $349, and you can pick it up from Newegg, Gamestop, Micro Center and Canada Computers.   It’s a whole lot of hardware – it’ll be interesting to see how it shakes out.   To get caught up on all things SHIELD, you can check out their newly-launched blogs below:

Be Among The First To Wield SHIELD: Taking Pre-Orders Now: http://blogs.nvidia.com/2013/05/shield/