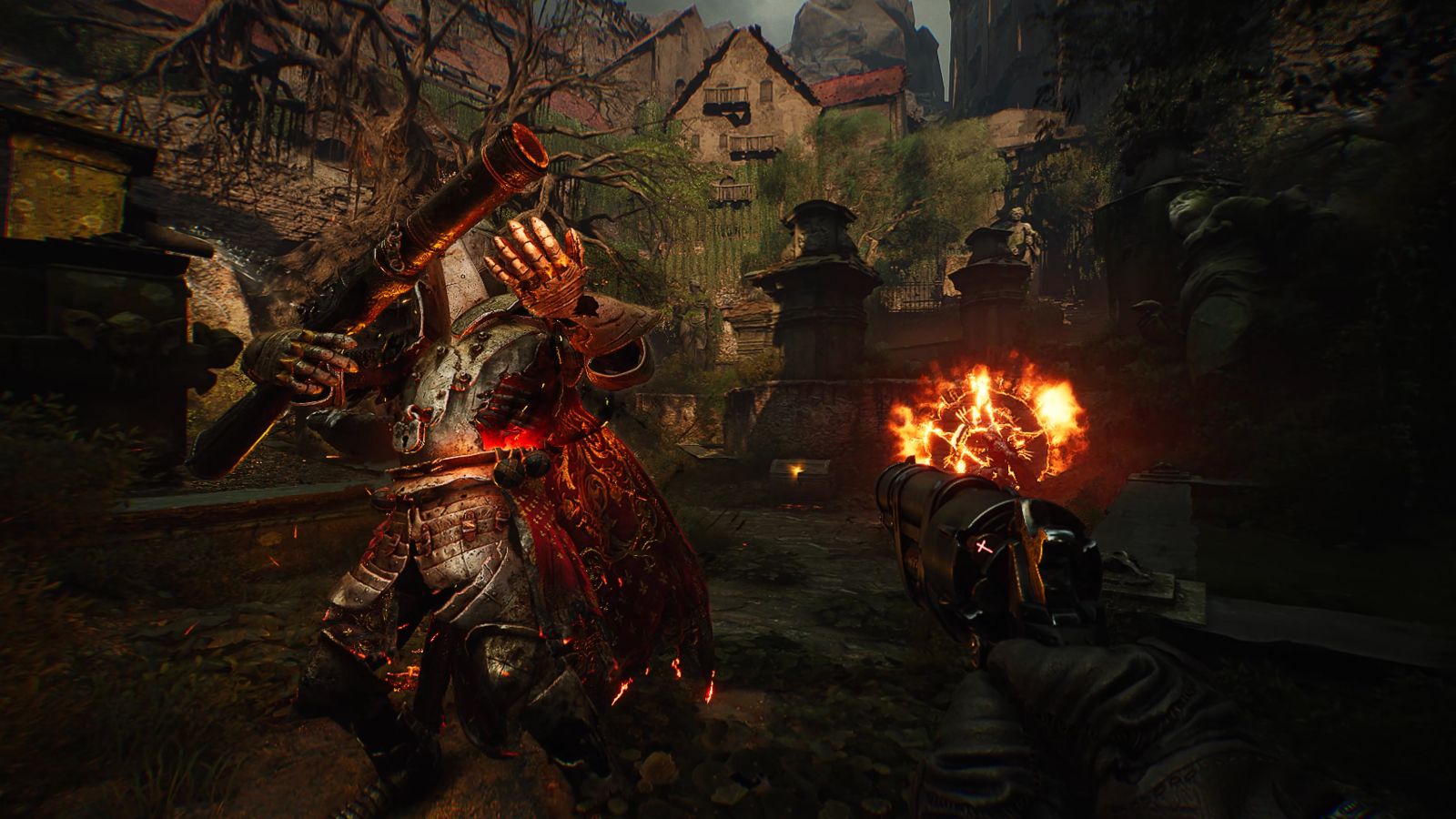 This first person shooter is one that’s intrigued me since it was shown off ever so long ago. We hadn’t heard a peep on it, but at Summer Game Fest a new trailer dropped, along with a 2022 early access window. It’ll be available exclusively on the Epic Games Store, and you can wishlist it now. Check out all the details, and the new trailer, below!

In Witchfire, a deadly war rages between powerful witches and the Church. In this alternate reality, witches are very real and very dangerous— but so is the witch hunter. Armed by Vatican sorcerers, players wield an ungodly array of guns and forbidden magic as they combat dark terrors on behalf of their shadowy benefactors.

Witchfire will be the second release for The Astronauts, following the BAFTA award-winning title, The Vanishing of Ethan Carter. The studio’s upcoming shooter returns co-founders Adrian Chmielarz, Michał Kosieradzki, and Andrzej Poznański to their roots— they are also the developers behind the trigger-happy hits Painkiller and Bulletstorm from their time at People Can Fly.

“Witchfire is a dream project for us,” said The Astronauts Creative Director and Co-Founder, Adrian Chmielarz. “After The Vanishing of Ethan Carter, we’re back to familiar shooter territory, but with the benefit of 2022 graphics and design. Now we’re able to bring our dark fantasies to life with spine-tingling realism!”

Initially announced at the 2017 Game Awards, Witchfire has been in development for over five years. The Astronauts confirmed, however, that the wait will be well worth it. Players can expect a polished Early Access experience with plenty of content to explore and a solid gameplay loop, featuring RPG elements to power up and customize their skills.

Witchfire will launch to Early Access later this year as a premium title on the Epic Games Store. Stay tuned for more details on an official Early Access release date. For more information about Witchfire, head to The Astronauts website, follow the team on Facebook, or join the conversation on Twitter.