Are you ready for another fight? Electronic Arts has just announced that EA Sports UFC 4 will head to consoles on August 14 and features Israel Adesanya and Jorge Masvidal as the cover athletes for this installment. This new title will allow players to control legends like Bruce Lee and Tyson Fury, as well as include a vast array of new modes and improvements which will excite fans and newcomers of the series.

Electronic Arts Inc. (NASDAQ: EA) today revealed EA SPORTS™ UFC® 4 featuring UFC® middleweight champion Israel “The Last Stylebender” Adesanya and UFC welterweight contender Jorge “Gamebred” Masvidal as the game’s official cover athlete duo. The next game in the popular UFC franchise brings a new experience that puts the player and their created fighter at the center of the action. Featuring an all-new unified progression system, overhauled takedown and ground mechanics, more fluid clinch-to-strike combinations and the chance to experience the origins of combat sports in all-new environments, UFC 4 delivers the most polished mixed martial arts experience to date. Players who pre-order the game can play out one of the most anticipated fights in combat sports history with world heavyweight boxing champions Anthony Joshua and Tyson Fury on day one.

“EA SPORTS UFC 4 is the best fighting game ever made,” UFC President Dana White said. “Fans can play in the top arenas, as well as in Backyard and Kumite environments. This game allows you to play with the top athletes in UFC history, plus legends like Bruce Lee and boxing champions Anthony Joshua and Tyson Fury. It’s crazy how good this game is.”

“I am the face of the new wave of UFC fighters, so it feels right to represent the sport on this new generation UFC game,” said UFC middleweight champion Israel Adesanya. “I look forward to my fans playing as me as much as I have enjoyed playing as myself.” 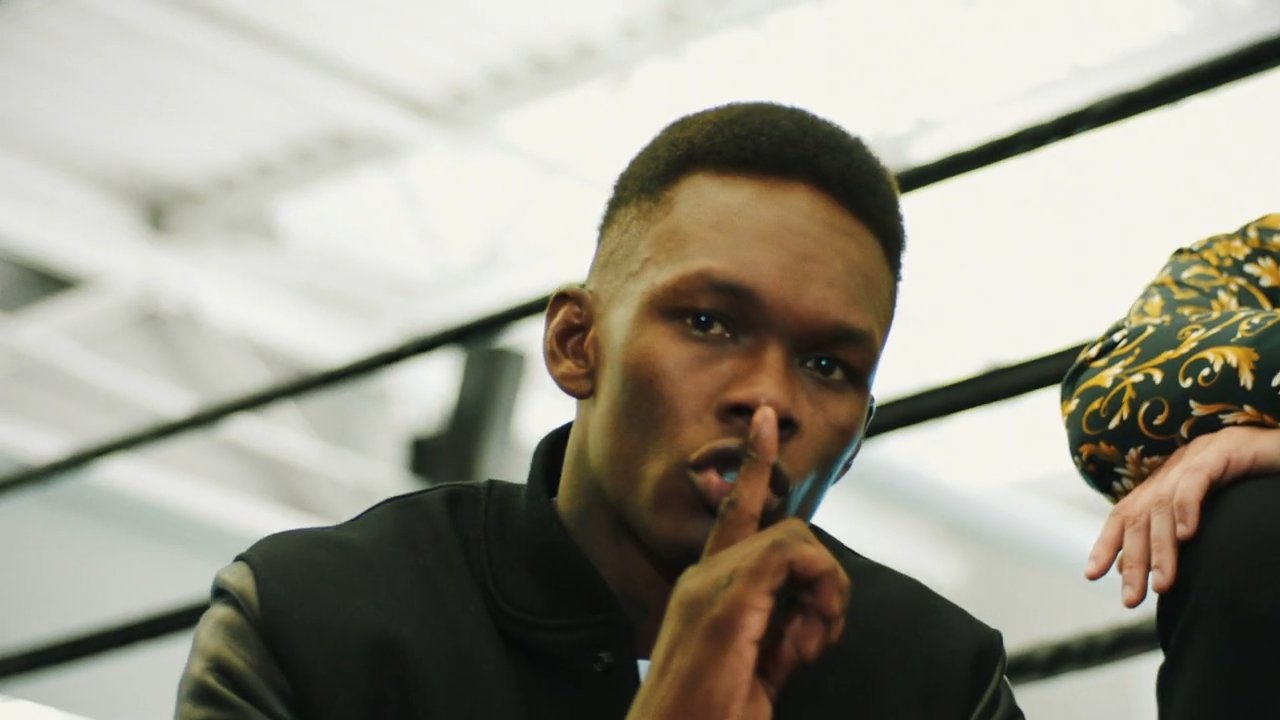 In EA SPORTS UFC 4, the fighter is shaped by their fight style, achievements and personality. Players can develop and customize characters through a unified progression system across all modes to go from unknown amateur to UFC superstar in the new Career Mode. New to UFC 4, players can also experience four all-new environments, including The Kumite, The Backyard, UFC Apex and Action Avenue, or challenge the world in new Blitz Battles or Online World Championships to become the undisputed champ. Performance details like weight class and one of five MMA disciplines, including Wrestling, Jiu-Jitsu, Boxing and more, define how players fight, while over 1,600 new pieces of earnable gear, over 120 emotes and more allow players to put their personality on display while doing it.

“UFC 4 is the most authentic MMA game ever,” said Brian Hayes, Creative Director, EA SPORTS UFC. “We’ve created a visceral fighting experience that allows players to create their own UFC legacy with Create a Fighter, explore the origins of MMA through our new fighting grounds and be in full control of every strike and takedown with our overhauled core gameplay mechanics.”

“MMA is more than about the belt. It’s about who you are as a person and the determination that drives a fighter to go from unknown to selling out arenas all over the world,” said UFC welterweight Jorge Masvidal. “I grew up backyard fighting so it’s exciting for me to see that style of fighting come to UFC 4 where players can bring out their Gamebred mentality.”

In gameplay, fluid clinch-to-strike combinations offer more responsive and authentic stand-up gameplay experiences, while overhauled takedown and ground mechanics deliver more control in those key phases of the fight. No matter how or where players play, EA SPORTS UFC 4 puts them at the center of every fight. Fluid clinch control brings RPM into the art of the ‘clinch’, adding a key element of strategy to the striking system. RPM Tech drives a takedown overhaul, with a slew of new takedown animations, driven by player control and fighter attributes. A new submission system was built to offer a simplified player experience, with more ways to transition into submission attempts, accelerate a finish, or deploy high-impact slams to escape them.

Additionally, an overhaul to Career Mode introduces a brand-new way to develop fighter backstories and offers an in-depth evolution process for the duration of the fighter’s career. The new fighter evolution feature lets players dictate a fighter’s skillset, as every punch thrown, or every takedown executed builds fighters up in that specific discipline. Relationship Building brings the impact of partnerships and rivalries into UFC 4, learning from both friend and foe to gain experience and learn vital skills. Players can pick their path, which allows them to choose the fights, weight class and rivalries they want, ensuring no two careers are alike.

EA SPORTS UFC 4 is available worldwide on Friday, August 14 on PlayStation®4 and Xbox One. Players who pre-order the game now will get boxers Tyson Fury and Anthony Joshua, along with a Backyard Customization Pack and Kumite Customization Pack containing cosmetic items. Additional benefits± are available for players who purchase UFC 4 through an in-game tile in UFC 3 or UFC 2, including 10% off UFC 4, martial arts legend Bruce Lee and 500 UFC points.

EA Access members can get a head start by jumping into the UFC 4 early access trial starting August 7. During this time, members will also have the opportunity to participate in pre-launch, UFC 4 challenges that unlock in-game currency.