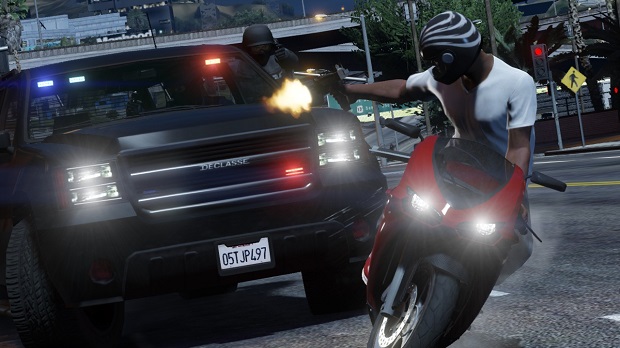 On the heels of the launch of its online heists, Rockstar has released a new patch for Grand Theft Auto Online, which is now available on Xbox platforms.

The brief patch notes posted on Rockstar’s support page confirms that it will improve the online mode’s stability. The update launched for PlayStation platforms last week, but now Xbox One and Xbox 360 players will also be able to download the patch next time they play.

After well over a year of waiting, Grand Theft Auto Online players now have access to online heists. The PC version was delayed again until April 14th.

After the game’s PlayStation 4 and Xbox One launches, Grand Theft Auto V has shipped 45 million copies.