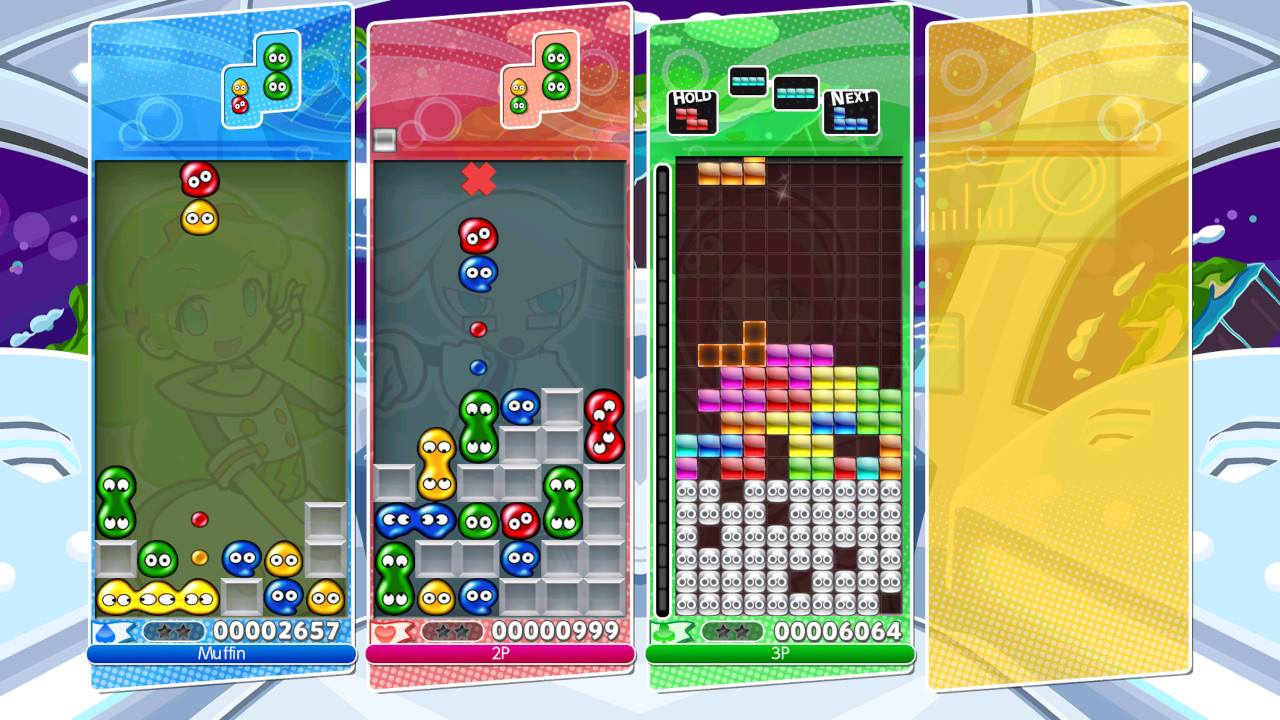 In Puyo Puyo Tetris, players select from several different modes such as normal Puyo Puyo, normal Tetris, a swap mode where you switch between each mode, fusion, where both games are played simultaenous, an online lobby for ranked and casual matches, and more.

For fans that pre-order Puyo Puyo Tetris, they will receive exclusive wallpapers and avatars as well as a 10% discount off of the main game when it is released. The Steam version of Puyo Puyo Tetris will also be the first version in the West to offer the original Japanese voiceovers.

Last year, we did a review of the Nintendo Switch version of Puyo Puyo Tetris. Check it out for more information on what to expect from the game. Puyo Puyo Tetris will be released on PC via Steam on February 27th, 2018.