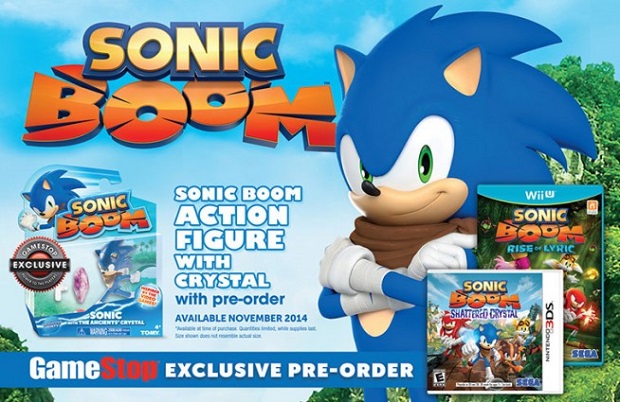 Sonic fans will be happy to know that if they pre-order either of the Sonic Boom games for Wii U or 3DS at GameSpot or EB Games in Canada, they’ll receive a figure of Sonic from the upcoming toy line inspired by the game.

Sonic Boom is a cross-media initiative from Sega that will bring two new games for Wii U and 3DS, a television series that will debut on Cartoon Network and a toy line of figures and plushies.

Both Sonic Boom games, Shattered Crystal for 3DS and Rise of Lyric for Wii U on November 11th and 18th respectively.

For more on Sonic Boom, check out our preview of both games from this year’s E3.