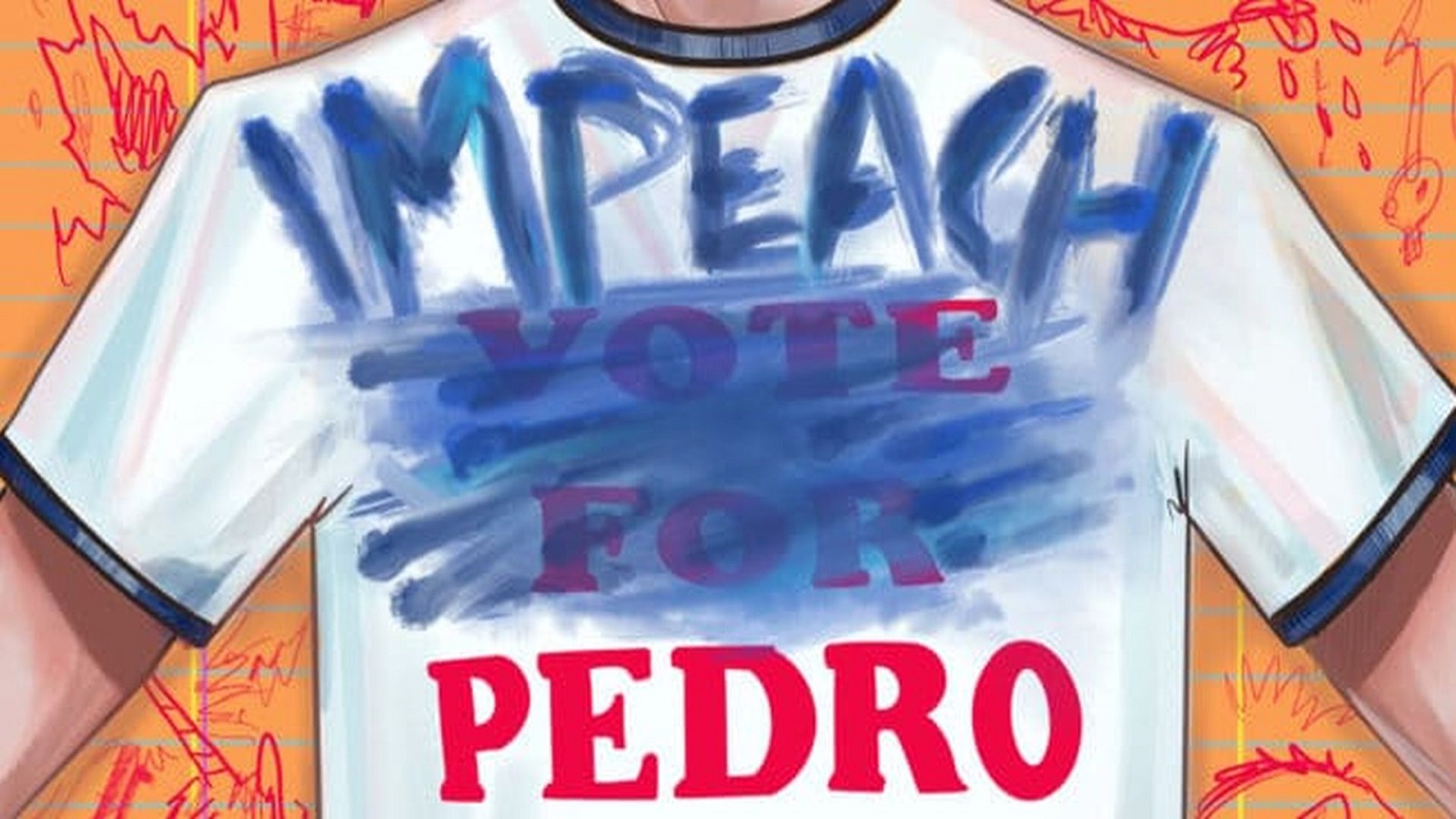 Yesterday, IDW announced that it will release a new comic series for Napoleon Dynamite starting this September, with Carlos Guzman-Verdugo and Alejandro Verdugo writing and Jorge Monlongo providing art. The four-issue miniseries acts as a sequel to the 2004 sleeper hit of the same name, as Napoleon and Deb try to stop someone framing Pedro for a crime the class president didn’t commit.

Written by the sibling team of Carlos Guzman-Verdugo and Alejandro Verdugo (of the outrageous indie sensation Time Cheetah), with art by Jorge Monlongo (Adventure Time), the new four-issue Napoleon Dynamite series takes us back to Idaho, where Napoleon’s best friend Pedro is student body president. But the good times might not last when a fellow student accuses Pedro of cheating in the election. Can Napoleon and Deb use their special skills to clear their friend before the principal can “Impeach Pedro”?

“Napoleon Dynamite is a pop-culture staple, a coming-of-age cult classic that spoke to the weirdo in all of us,” says Alejandro Verdugo. “It’s an honor to have the chance to expand on the lives of Napoleon, Deb, and Pedro — characters that continue to resonate to this day. I still see people wearing ‘Vote for Pedro’ t-shirts!”

“With this new story, we’re focusing on matching the movie’s unique tone, finding that perfect blend of oddball comedy and charming slice-of-life drama. It’s certainly been a challenge but one we’re sure will pay off for long-time fans. And the best part: we get to rewatch a lot of Napoleon Dynamite!” says Carlos Guzman-Verdugo.

Editor Tom Waltz says, “Fifteen years ago, an unsuspecting world was introduced to the bizarre cinematic world of Napoleon Dynamite… and it was flippin’ sweet! And now we have the freakin’ awesome opportunity to show off our really good comic-book-making skills with a tale that picks up right where Napoleon and his friends left off. It’s almost like we borrowed Uncle Rico’s mail-order time machine… and it actually worked this time!”

Napoleon Dynamite #1 will debut with a cover by Sara Richard (My Little Pony), with special Photo Edition and Jorge Monlongo “Swords and Sorcery and Sci-Fi and Skills” variant covers available, as well.