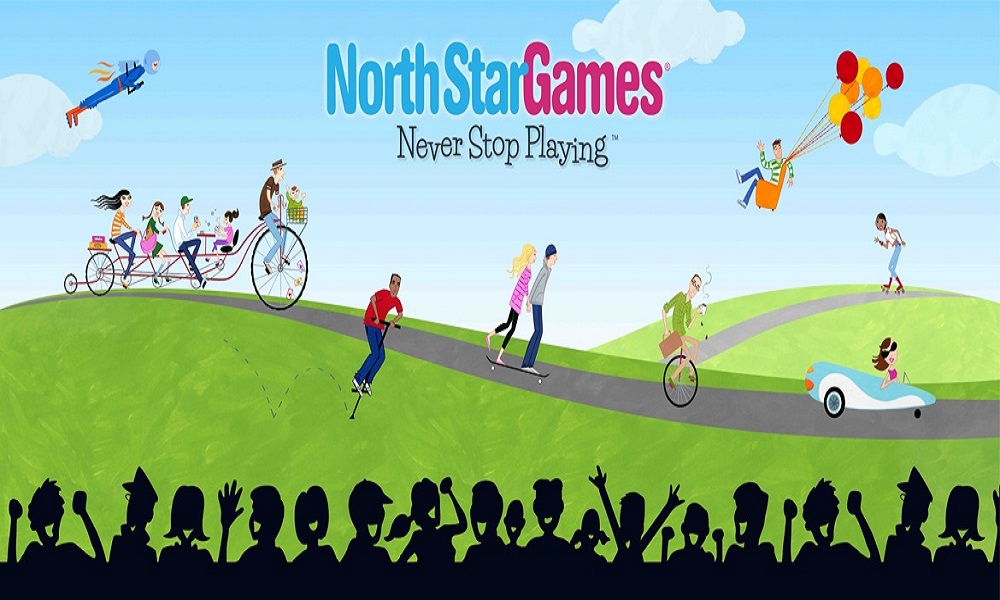 Time to get happy, everyone! Yesterday, North Star Games (makers of last year’s jubilant Happy Salmon), has announced that it will introduce a new line of games at the American International Toy Fair later this year called Happy Planet. The first three games will include the aforementioned Happy Salmon as well as the brand-new games Funky Chicken and Monster Match.

After countless hours of observing people worldwide playing the wildly successful Happy Salmon card game, a 2018 TOTY Game of the Year Finalist, the folks at North Star Games noticed something fascinating: players always commented on how much fun they had and how happy they felt after playing the game – they always had big smiles on their faces. Even those watching the game were laughing and having a great time. North Star Games realized that playing, and even watching, Happy Salmon increased a player’s happiness level. The plan quickly became clear: create games that make people happy.

“Many games are great fun to play, but do they really make people happy? Happy Planet games have the ability to increase a player’s level of happiness” states Dominic Crapuchettes, Founder and Co-President of North Star Games. “We’ve seen it countless times. These quick and extremely fun games instantly get everyone, whether playing or observing, smiling, laughing and feeling energized. As an added bonus, nobody really cares who wins – they just want to play again!”

If you haven’t caught up on Happy Salmon, John has a quick review of the game. Stay tuned for more tabletop news here on Gaming Trend.