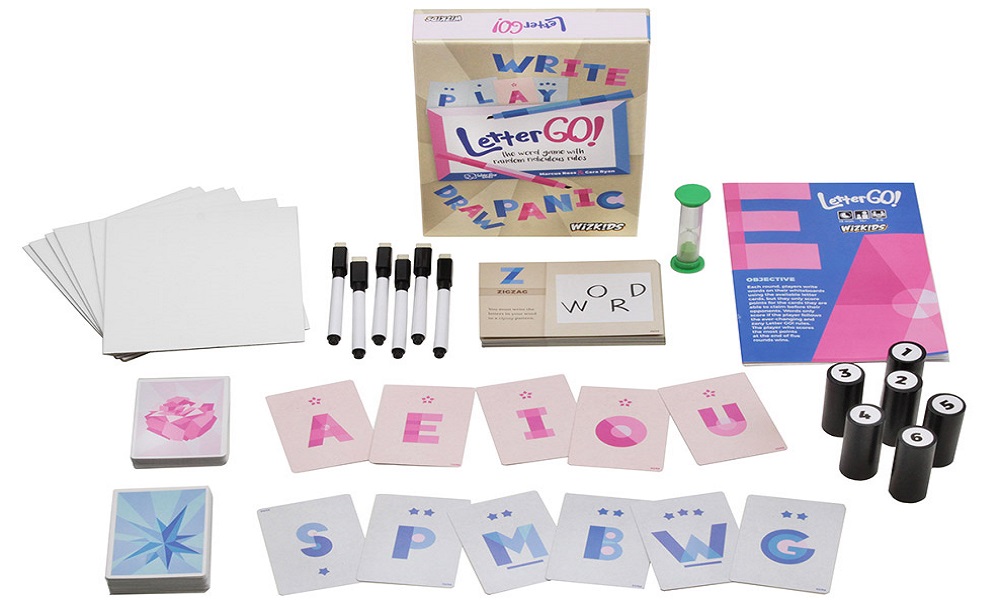 Earlier last week, Wizkids announced that it will release the upcoming word game Letter Go! this March. The indie game designed by Marcus Ross and Cara Ryan tasks three to six players to write down words with constantly changing rules in order to grab points.

Each round, players write words on their whiteboards using the available letter cards, but they only score points for the cards they are able to claim before their opponents. Words only score if the player follows the ever-changing and zany Letter GO! rules.

Simply writing words down isn’t the only thing happening in this game. Every round, two Rule Cards are drawn, and they MUST be incorporated into your word! Will you have to write your word backwards? Maybe you’ll need to draw an eye whenever you write an “E”. You might even have to sign your name on your opponents’ whiteboard! Each letter of the alphabet has two rules associated with it, so there is countless combination of crazy antics!