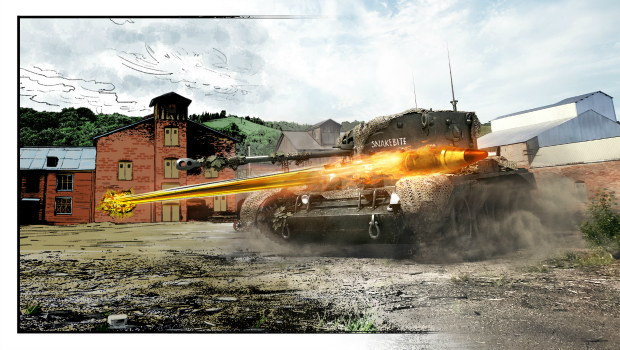 Wargaming and Dark Horse Comics announced today that the first issue of the World of Tanks: Roll Out comic series will be available digitally and at retail on August 31. Based on the popular free-to-play tank combat MMO, Roll Out follows a crew of young British tankers in a story of war-weary underdogs fighting German forces in 1944 Normandy.

In celebration of the comic series’ release, Wargaming will be offering limited-time bundles in the World of Tanks Premium Shop featuring the “Snakebite;” a new tank based on that of the new comic book series. The new light tank will also come with an improved accuracy ability called the Snakebite Crew Skill.

World of Tanks: Roll Out issue #1 will be available at retail in North America, Australia, and Europe. For more on the World of Tanks franchise, check out our review for the game on PC.