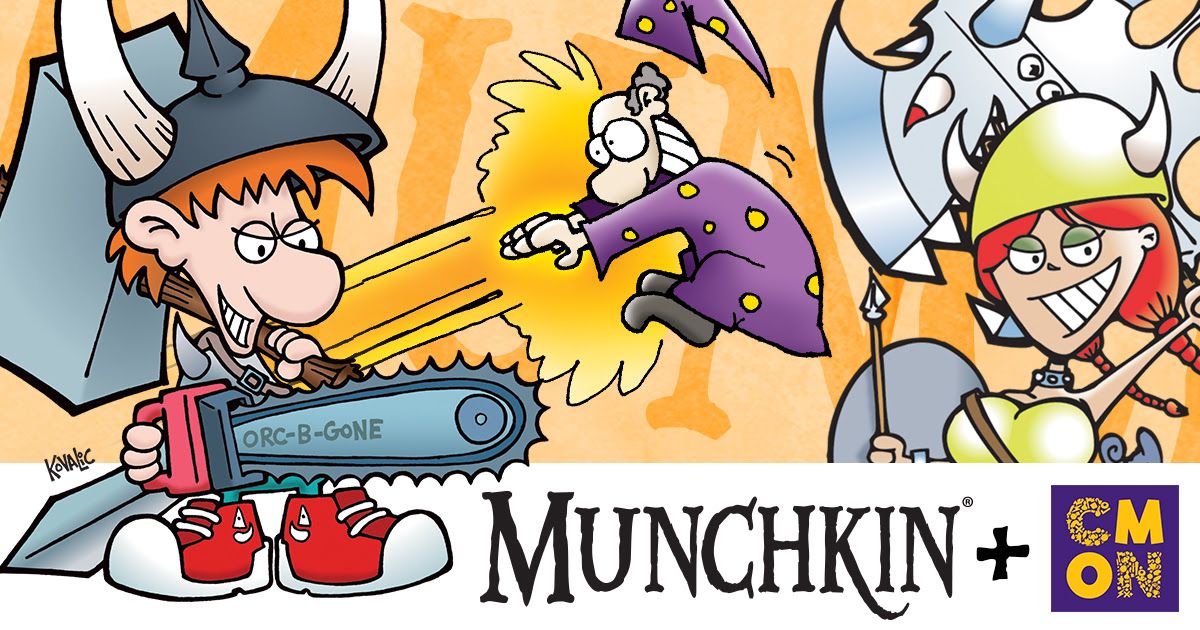 It’s not uncommon to see themed board games for sale.  At one time it meant that the quality of the game was poor.  That has changed significantly in the past couple of years, with licenses often making games more approachable.  It’s not often when you see two publishers work together to produce a board game using another game license.  However, CMON has reached an agreement with Steve Jackson Games to publish board games based on the Munchkin license.

CMON Limited announced today that they have entered into a multi-year deal with Steve Jackson Games to publish board games based on the acclaimed Munchkin franchise.

Through this partnership, CMON will produce board games based on the long-running Munchkin series made popular by its engaging gameplay by designer Steve Jackson and its cast of fantastic characters illustrated by John Kovalic. CMON will bring this playful universe to life on the tabletop like never before in Fall 2018, beginning with a board game inspired by the highly-successful Arcadia Quest.

Chern Ann Ng, CEO of CMON Limited, said, “Working with Steve Jackson Games to bring fans a new vision of the Munchkin universe is an incredible opportunity. Munchkin has been a mainstay within the board gaming hobby for many years, so being able to put our touch on this iconic franchise is truly amazing. We can’t wait for players to see what’s in store.”

Phil Reed, CEO at Steven Jackson Games, said, “Partnering with CMON to bring a new era of Munchkin board games to our fans is exciting. With their history of producing high-quality miniatures and games, we believe Munchkin’s rich history and cast of classic characters will shine.”

CMON’s first board game based on the Munchkin license is planned for Fall 2018 with more news and announcements to come.

It seems like the Munchkin domination won’t end any time soon.  Using the Arcadia Quest system makes sense for the Munchkin license, and I can’t wait to see what kind of figures they will come out with for that.