“The game casts the players as cybernetic punks and misfits raging against a relentless corporate system, corrupt police forces, and alien/nano-worshipping cults. The setting is the dystopian metropolis Cy, the only city that matters. Besides an introductory scenario, the 160-page core book is packed with tables to generate near-endless play; including missions, NPCs, locations, corporations and cults.” 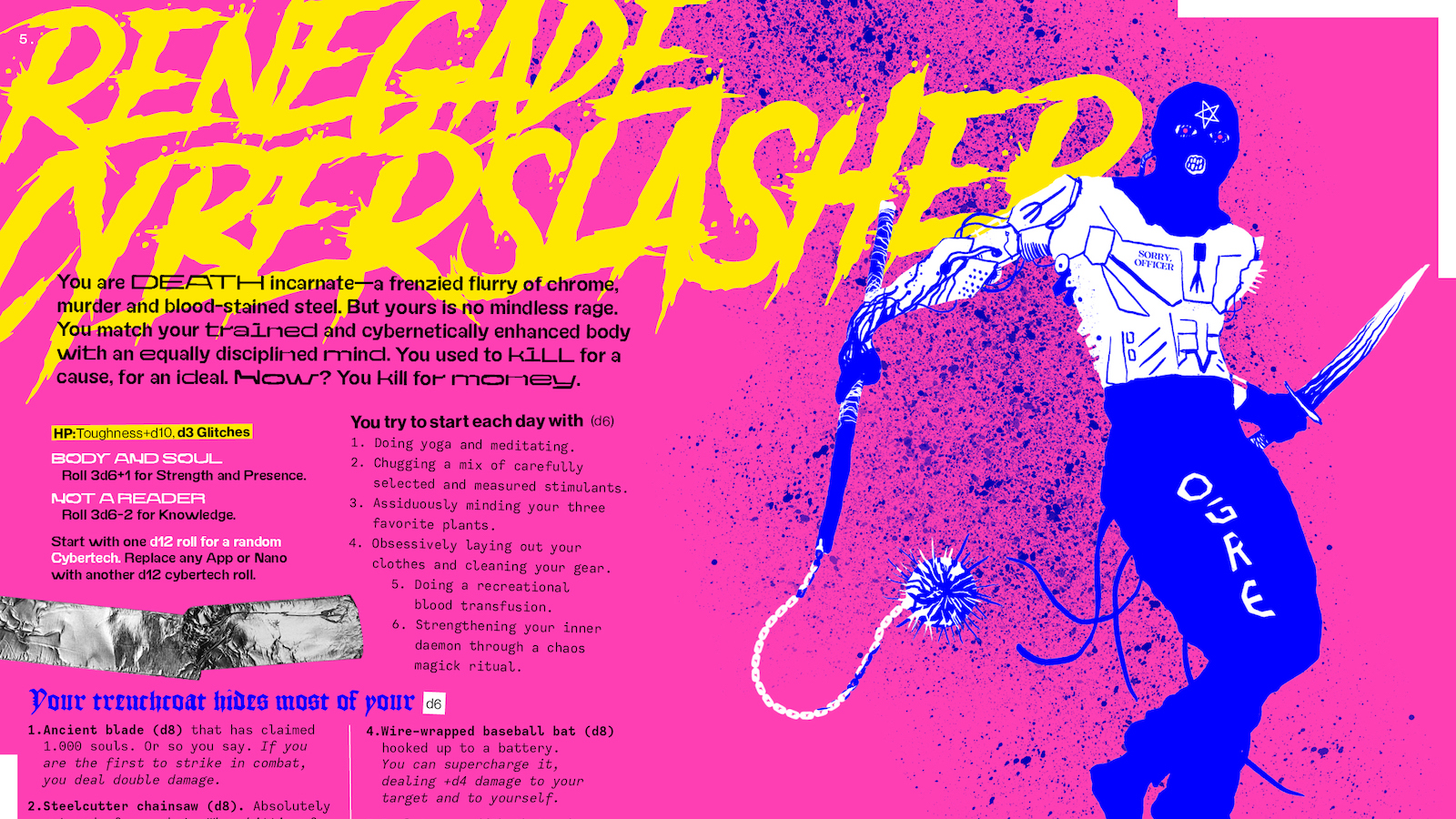 “The game uses an updated version of the original MÖRK BORG rules, keeping the featherlight openness and simplicity while adding elements like autofire, cybertech and hacking. The six optional classes include the Shunned Nanomancer, the Burned Hacker and the Renegade Cyberslasher.”

“CY_BORG is compatible with multi-award-winning apocalyptic heavy metal RPG MÖRK BORG. Rules-light, rage-heavy. Similar in tone and approach to game and book design, but enhanced and augmented. Includes an introductory scenario and ≈60 random tables for your every cyberpunk need. Written by Christian Sahlén, a veteran of the Swedish OSR scene, with art and graphic design by Johan Nohr (MÖRK BORG, Into the Odd Remastered).” 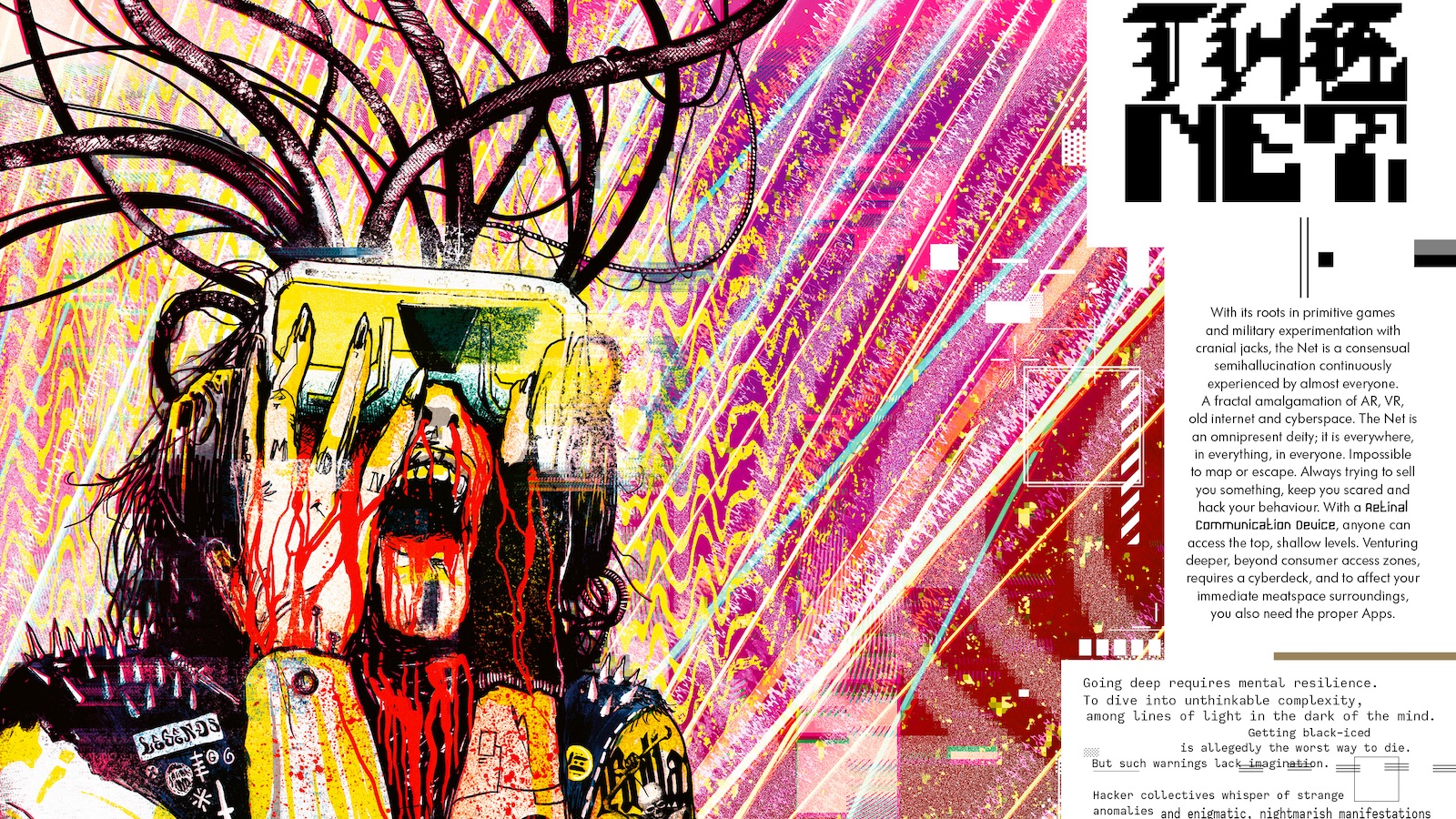 “Similar to the apocalyptic prophecies in MÖRK BORG, a campaign-defining countdown mechanic will dramatically affect and shape the game world regardless of the players’ actions. In CY_BORG, this comes in the shape of Miserable Headlines; catastrophes and events reported by the corp-owned news feeds with varying regularity until the cataclysmic conclusion seven headlines in. Nothing is ever static. The city is a living—or rather, dying—place.”

A gorgeous medley of colorful style and shattering dystopia is seen on the pages of CY_BORG, showcasing a breathtaking array of art and design by Johan Nohr. It is now available in the Free League webshop, at DrivethruRPG in digital format, and soon in hobby stores worldwide.

You can find Gaming Trend’s review of MÖRK BORG here.