DeNA Co., in partnership with The Pokémon Company, has announced that for a limited time the legendary Pokémon Mewtwo and the leader of Team Rocket Giovanni are available to battle in Pokémon Masters. Pokémon Masters is a free-to-start real-time battling and strategy game which can be downloaded for both iOS and Android devices.

The Psychic-type sync pair of Giovanni & Mewtwo will be featured in an in-game event titled “Lurking Shadow,” which will be available from now until December 18 at 9:59PM Pacific time. This event will allow players to battle against Giovanni & Mewtwo while also gaining more insight into their arrival on the island of Pasio and their relationship with Team Break, the primary antagonists of the game. Players who earn enough in-game rewards during the event will also be able to add the powerful duo of Giovanni & Mewtwo to their teams. Different than most sync pairs, special items obtainable only in the event will be required to “Unlock Level Cap” and learn “Moves & Skills” for this sync pair. 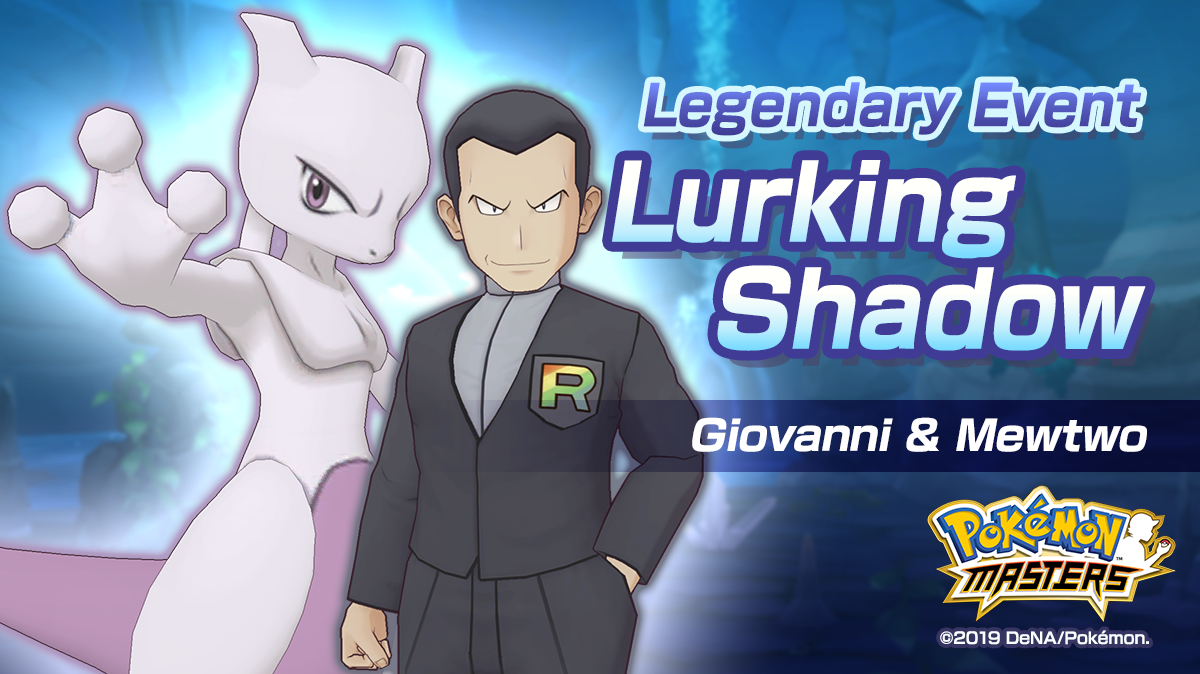 Level Cap Increased to 120: Players are now able to train their 5★ sync pairs to Level 120 from a previous limit of 100. To help players strengthen their sync pairs faster, courses within the Training Area will now have a new difficulty level, “Ultra Hard”, which will allow players to earn Ultra Buff Blends and Ultra Tech Tonics.

Login Bonuses and Special Missions: Players who log in each day during the “Lurking Shadow” event will be able to obtain up to 4,200 gems. Special missions that allow players to earn up to 1,500 gems will also be available.

Become a Pokémon master and don’t miss out on this event. Stay tuned to Gaming Trend for all your gaming news.