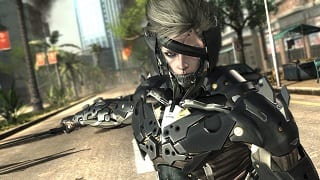 Okay, I don’t even know where to begin to describe how awesome this is. Metal Gear Solid: Revengeance, the next installment in one of the legendary franchises in all of gaming, is going to be getting a Limited Edition. Oh, that’s the the awesome part, though it’s pretty cool. The awesome part is that the game will come packed in with a katana-shaped lava lamp!

No, seriously, this is in the press release! Look:

Konami Digital Entertainment, Inc. today announced that it will release a Limited Edition of METAL GEAR RISING: REVENGEANCE in North America on February 19, 2013. This bundle will include a full copy of the game, official soundtrack, Limited Edition 2-sided Steelbook®, and an exclusive high-frequency katana blade plasma lamp.

I don’t even know what to make of this. It’s just too much awesome for my brain to deal with. Fortunately, I have until February 19, 2013 to wrap my brain around the concept before the game launches on PS3 and Xbox 360.