Deep Silver and Volition released a new Saints Row trailer today which reveals the story and introduces players to the crew attempting to take over Santo Ileso. Saints Row is set to release on August 23rd, 2022 on PS4, PS5, Xbox One, Xbox Series X|S, Stadia, and PC. You can check out the story reveal trailer above and read below for more info:

Larkspur, Calif. (Aug. 16, 2022) – Deep Silver and Volition today lobbed an explosive new Saints Row trailer through the sunroof of an uninsured rental while barreling down the road to the sprawling city of Santo Ileso. The new footage follows The Boss, an aspiring “entrepreneur” ready to lead crew members Neenah, Eli, and Kevin to the top of the world using any means and/or weapons necessary to build a criminal empire worthy of the Saints. Saints Row explodes into retail on Aug. 23 on PlayStation®4, PlayStation®5, Xbox One, Xbox Series X|S, Stadia, and PC through the Epic Games Store for $59.99 (http://www.saintsrow.com/preorder).

There’s just one problem: three established factions already call Santo Ileso home between The Idols, Los Panteros, and Marshall Defense Industries. The Saints will need more than diplomacy to pull influence away from these ruthless crews dominating the city to make room for their own operation – good thing the Saints specialize more in felonies than pretty speeches.

Saints Row’s criminal world calls for no-holds-barred depravity, pushing the Saints to put the competition in its place through unique problem solving. Wingsuit out of a chopper, turn an outhouse into a wrecking ball, crank up the chaos while pranking a friend in co-op – whatever you do, don’t take the simple route forward. Even side hustles are more fun in Santo Ileso – you’ll earn extra cash while expanding your rule through criminal ventures, choosing which part of town to start semi-licensed food truck turf wars in or to plague with rampant insurance fraud. 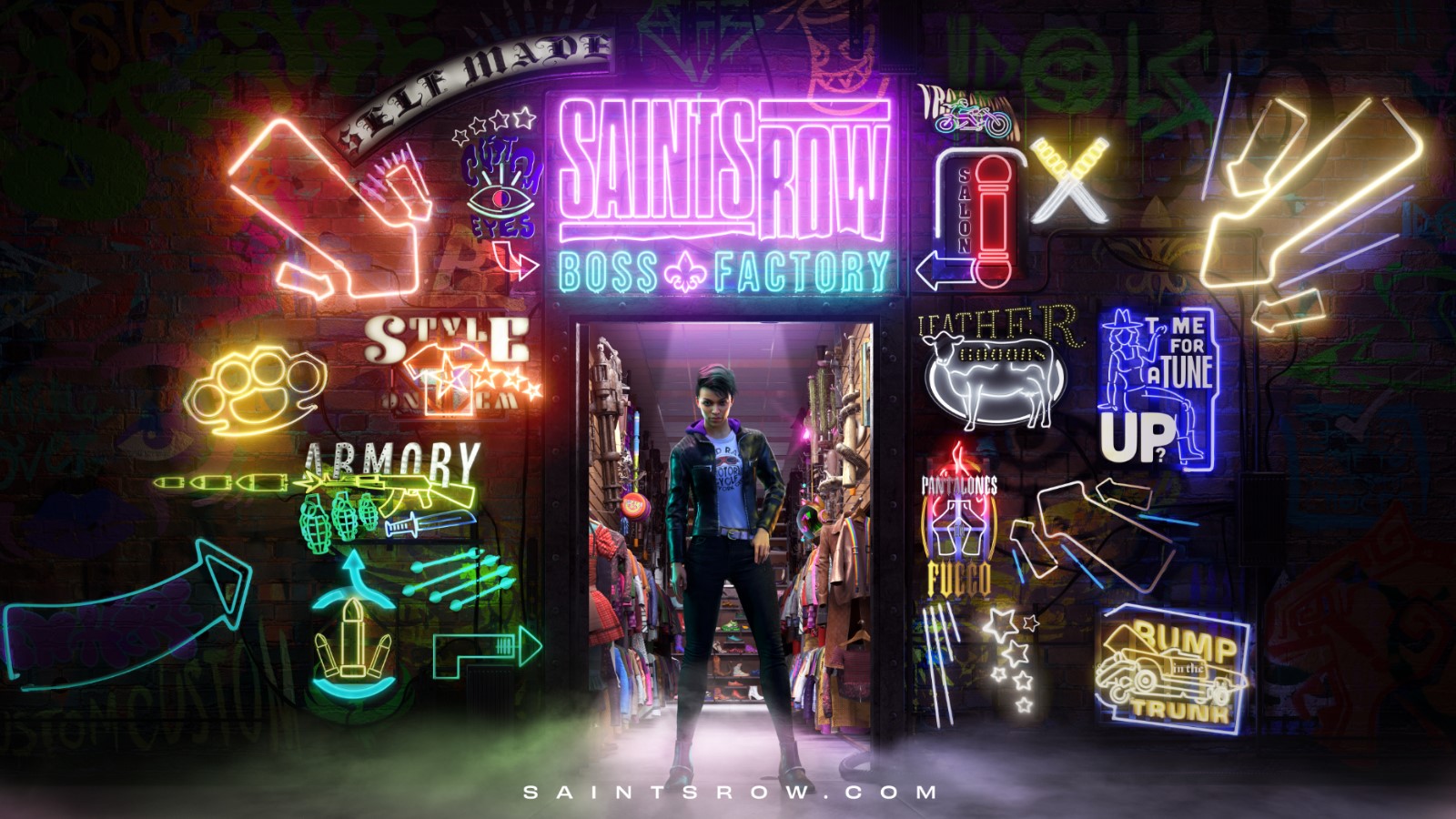 The vibe of the Saints is up to you: Saints Row’s Boss Factory encourages limitless creativity and experimentation with The Boss’ wardrobe, appearance and attributes, letting you pair your one-of-a-kind leadership with an unmistakable look – from your character to your ride and arsenal. Make The Boss a dapper, sleekly dressed business person or the soiled vagrant in a taco costume that Santo Ileso’s children hide from. Your brand is in your hands, for better or worse.

With Eli’s masterful planning, Neenah’s peerless getaway driving and Kevin’s knack for shirtless murder, the Saints only need one more thing to run Santo Ileso: a leader. Step up as the self-made badass destined to evolve Santo Ileso and get ready to turn the city’s criminal world upside down; it will never be the same once the Saints arrive.

Saints Row will shake Santo Ileso’s food chain up when it launches Aug. 23, 2022 on PlayStation 4, PlayStation 5, Xbox One, Xbox Series X|S, Stadia, and PC through the Epic Games Store. Pre-order now to get the Idols Anarchy Pack for free: http://www.saintsrow.com/preorder