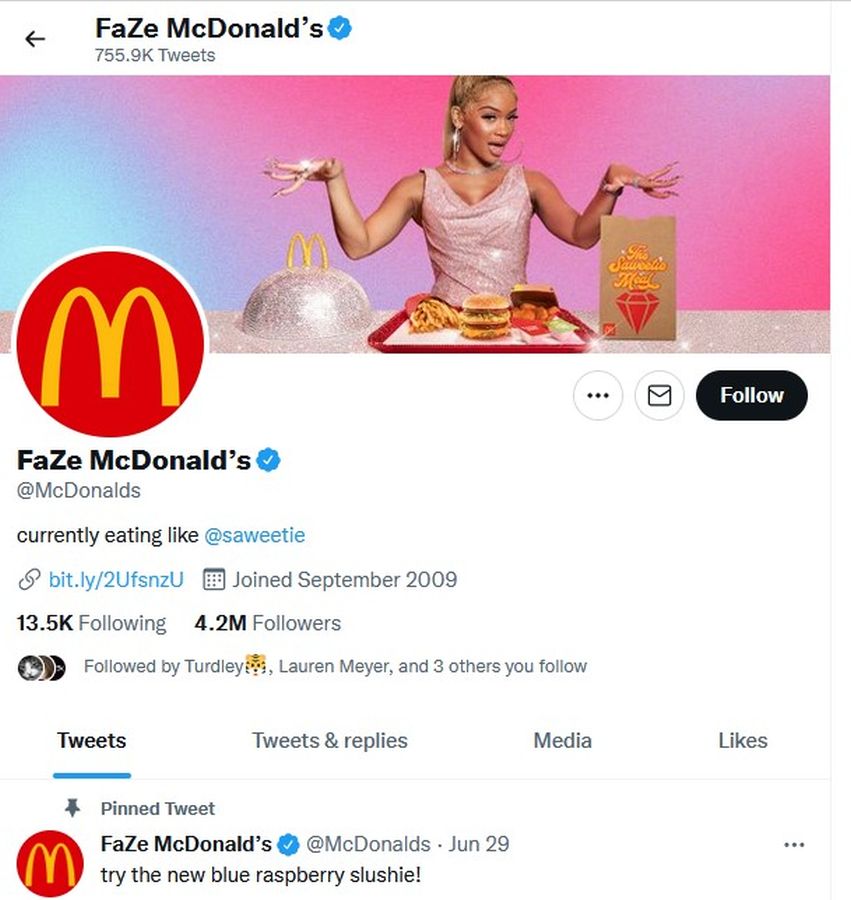 Next up in news I didn’t think I’d be reporting today, McDonald’s has officially changed it’s Twitter handle (at least temporarily) to FaZe McDonald’s in honor of Atlanta FaZe winning the recent Call of Duty League Championship. Chalk this up as one of those confusing moments where I wonder if I should even care that they did it, but also wanted to acknowledge the change as it is rare that such a large corporation would take the time to honor a gaming event.

Looking back, I can’t recall a time when any major corporation has changed their Twitter or social media handle in response to esports, so I suppose this is a great step in esports getting recognized as a “real” sport, but at the same time – really? McDonald’s? Oh well, maybe this will become more common in the future as more people jump on the esports bandwagon.

Also, congrats to Atlanta FaZe on their win!