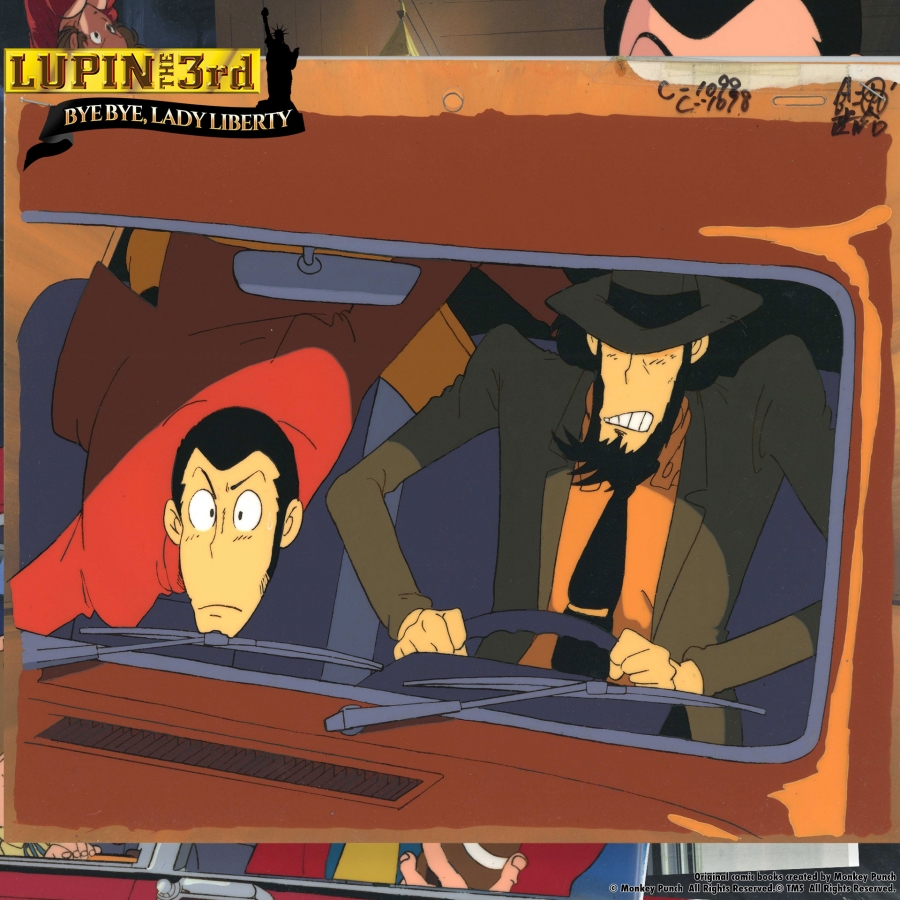 Lupin the 3rd, the beloved anime series, will be receiving a tabletop RPG and an artbook due to a new deal signed by Magnetic Press Play, TMS Entertainment, and Monkey Punch Studios in honor of the show’s 50th anniversary.

Acclaimed publisher of graphic novels and art books, Magnetic Press, (a Polarity owned company) today announced their partnership with TMS Entertainment, Japan’s most prominent animation studio, to publish a line of products based on the world-popular anime series Lupin the 3rd, which celebrates its 50th Anniversary this October. Plans include a brand-new Tabletop Role-playing Game built on Magnetic’s new D6MV ruleset variation of the renowned D6 System of roleplaying rules made popular by licensing partner West End Games and a deluxe retrospective coffee table book.

“As a lifelong anime fan, Lupin the 3rd has always been a standout favorite,” said Mike Kennedy, Founder and Publisher of Magnetic Press. “The charm, wit, and thrills of that entire series, from Lupin the 3rd: The Castle of Cagliostro to the latest Lupin III: The First, have transcended the test of time to become an evergreen of fun entertainment. We’re excited to not only capture that storied history in a beautiful Anniversary Coffee Table book, but to offer a doorway into that universe through a new tabletop RPG.”

Created in the late 1960s by the celebrated mangaka Monkey Punch, TMS produced Lupin the 3rd, the first animated series which debuted on October 24th, 1971 and has since spawned well over 250 serialized episodes and numerous animated feature films and original video animations (OVAs). It is most widely recognized for the 1978 feature film Lupin the 3rd: The Castle of Cagliostro which marked the directorial debut of Hayao Miyazaki. While the series has evolved over the decades, the energetic style and jazzy globetrotting adventures remain true to the heart of the property.

“We’re absolutely thrilled to be partnering with Magnetic Press to celebrate the 50th anniversary of the Lupin the 3rd franchise,” said Masami Tokunaga, Senior Vice President of TMS Entertainment USA, Inc. “Having grown up with the series, I cannot begin to describe how incredibly exciting it has been to have watched the Lupin the 3rd universe expand and evolve throughout the years. I am greatly looking forward to the release of these new offerings from Magnetic Press, as they will provide fans the ability to experience Lupin in a capacity like never before; I cannot think of a better way to celebrate this momentous anniversary.”

The Tabletop Role-playing Game will give players an opportunity to participate in fast-paced adventures and master-thief heists set around the globe, with a unique open-world quest system filled with rewards and challenges reminiscent of both collectible card games and video game RPGs. The game will be published under Magnetic’s gaming imprint, Magnetic Press Play, and will utilize their unique “Magnetic Variant (D6MV)” ruleset built upon the classic D6 System made popular by West End Games with their original Star Wars and Ghostbusters RPGs. More details about the game will be revealed in October as part of the Anniversary celebration.

The Anniversary Coffee Table Book will spotlight the birth and evolution of the Lupin the 3rd franchise since its manga inception by the late Monkey Punch, with a comprehensive look at each episode, feature, and season produced by TMS Entertainment through the years. The book will also include a near-encyclopedic look at the central characters and supporting cast throughout the series, as well as various media adaptations and a gallery of artwork certain to entertain fans both old and new.

Magnetic’s first Tabletop RPG based on the popular Image Comic series Carbon Grey is currently available for pre-order on Kickstarter at www.carbon-grey.com.

Stay tuned to Gaming Trend for more info on the Lupin the 3rd Tabletop RPG and artbook as it is released!